Little cryptic with no words involved 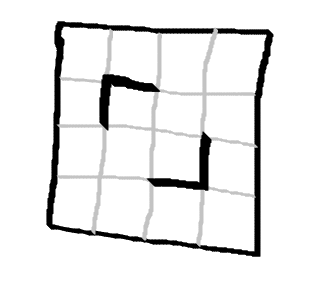 ?) Around the world - almost the answer to reversed scary room.
?) Poker deck, oh, for poker deck with 20 more squared with 20 more.
?) Smaller beast is lone, beheaded within infamous order.
?) Three rightmost one dropped just a decade from XXth.

?) 5th Smith holding signed declaration goes down, gradually.
?) A prime empowered its predcessor, and ate one, too.
?) Computer science, the one with mixed up weed.
?) Note: squared perfection is perfection.

Around the world - almost the answer to reversed scary room.

Three rightmost one dropped just a decade from XXth.

A prime empowered its predcessor, and ate one, too.

Computer science, the one with mixed up weed.

I guess "note" = 7 but am not sure why; square it and follow it with 6 (a perfect number) to get 496, another perfect number. (noedne in comments suggests 7=note because there are 7 notes in the usual diatonic scale; that hadn't escaped my attention but doesn't really seem like enough reason for "note" to clue the number 7. Might be right, though.)