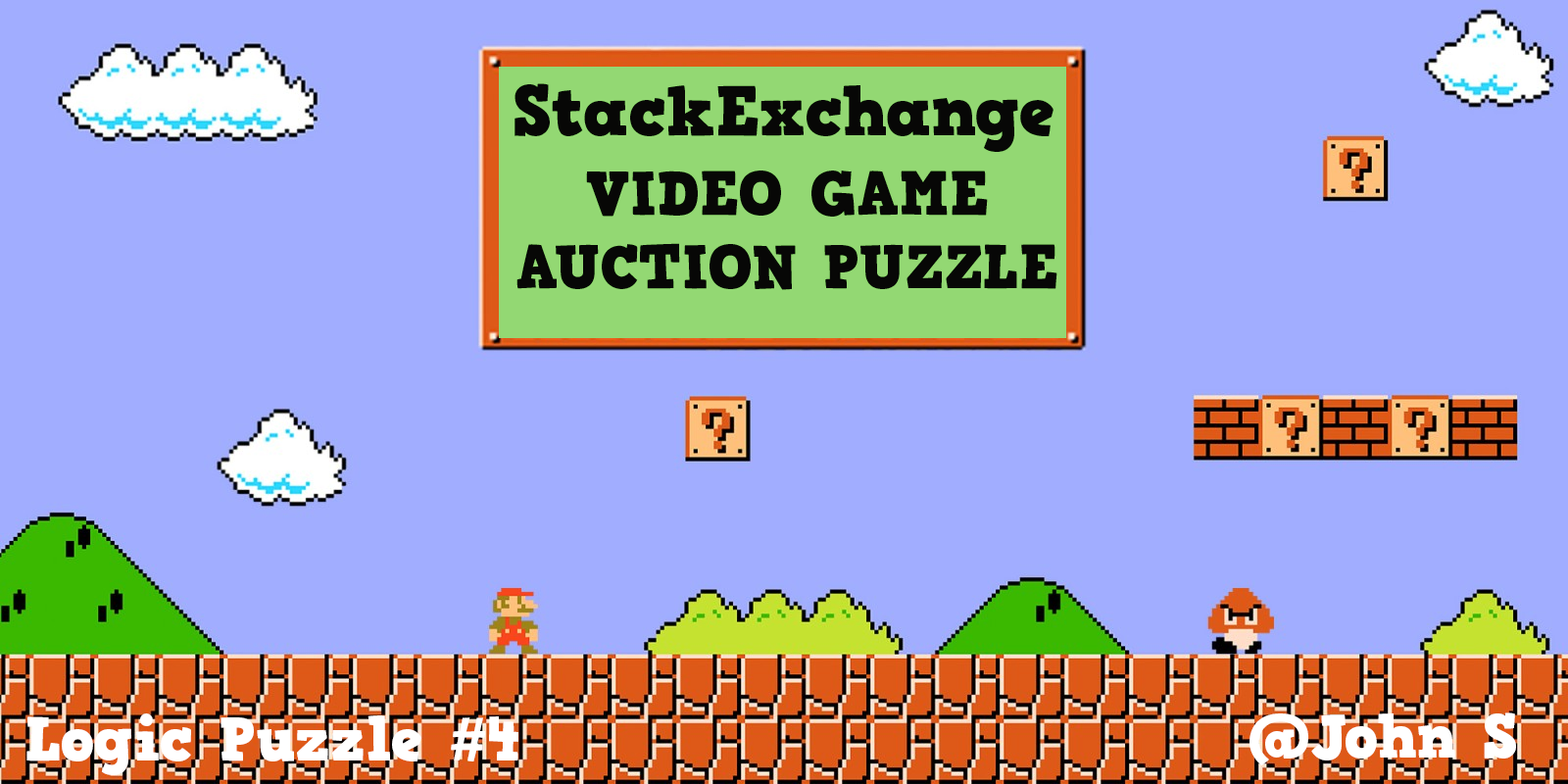 Johnny loves his classic video games. He has collected most of them. Unfortunately, though, Johnny's Grandmother needs an expensive operation. He has to sell his games to come up with the money.

All of his "classic" video games this week were sold via online auctions. Match each game to the year it came out and determine who bought it and for how much.

3: Victorforce came out 3 years after the game bought by Eduardo.

5: The video game bought by Virgil came out sometime before the one bought by Bruce. 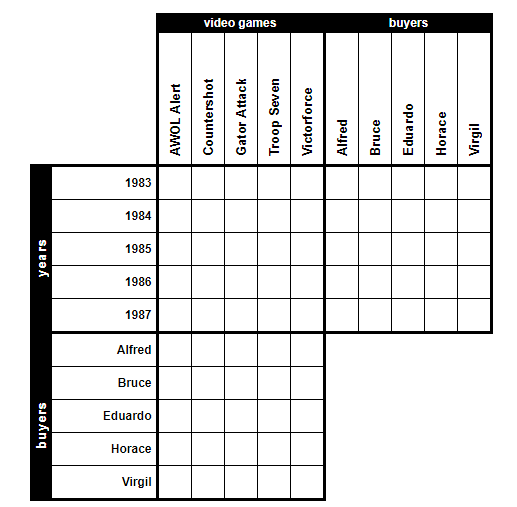 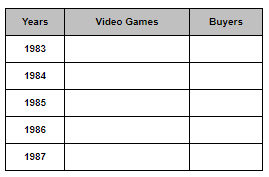 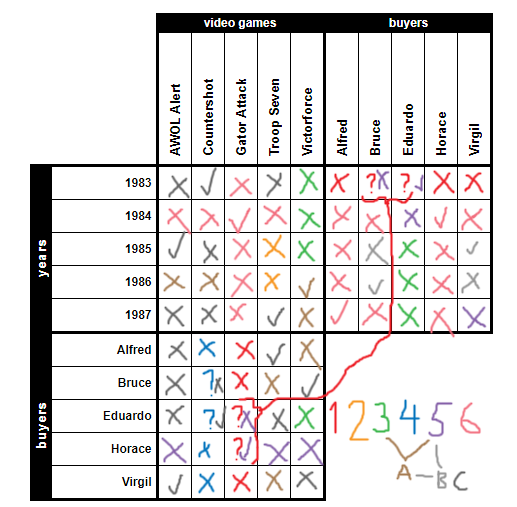 (with the colours done in order, based on the information of the clues indicated)

6
Can you solve this Bruce Wayne logic puzzle?
13
Strategy for solving 0hh1 and Unruly?
5
logic game - how would you solve it?
6
Video Game Explanations in 10 Words or Less
4
Hidden Treasure Logic Puzzle
6
Top Game Developers
15
A Game of Dice and Logic
3
The Marble Game
15
Chain Puzzle: Tabletop Games #06 - So Sorry