A letter with no particular backstory

So, I was walking down the street when this paper materialized just in front of me, as if from thin air. I'm not sure if I can decipher it, maybe you can? It also smelled like fish a bit. 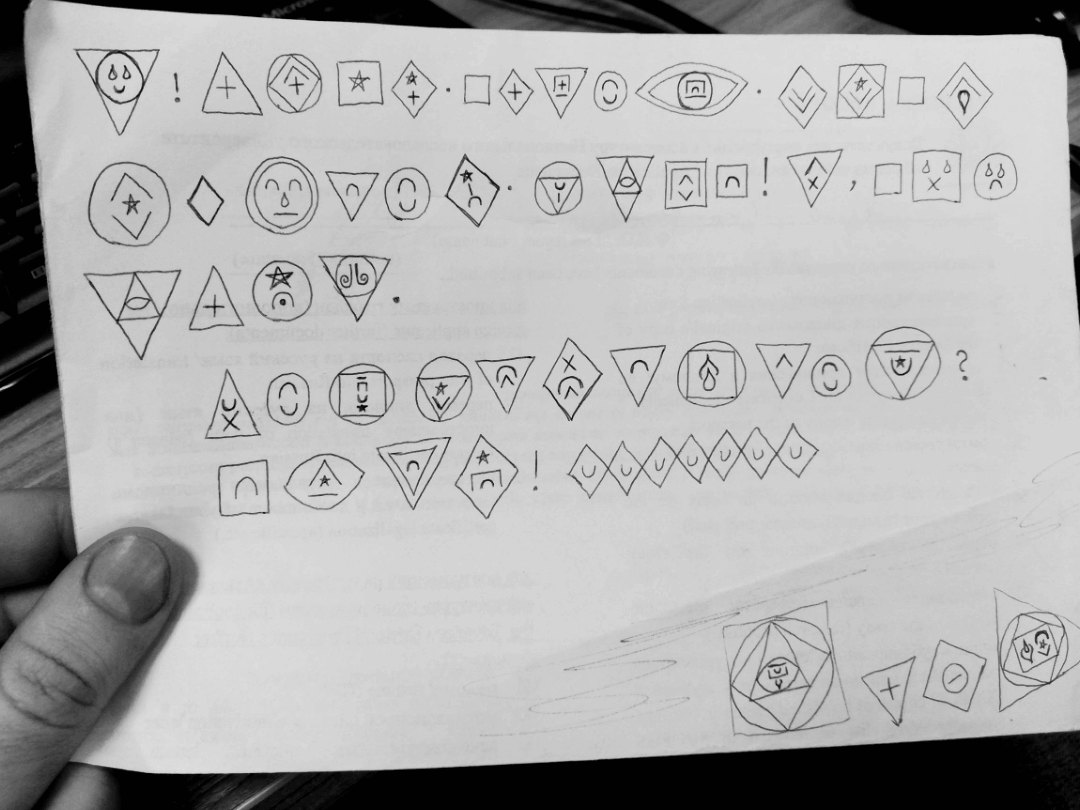 Hello! My name is Sam. I am from the future. Dad said I can send a letter to the past. Hope you find it! Now, I will tell you my best joke.
$\quad$ Why the fisher does not want to live on the shore?
$\quad$ It runs too fast! Hahahahahahaha

[These last few words are upside down] Anchovies are my favourite

How the deciphering works:

Each of the figures is composed of some simple symbols, each of these symbols represents a letter which together form a word.
To decipher the text, I started with guessing that the first word is "Hello", this immediately gives the symbol for the L, and looking at the letter frequencies a bit, it seemed likely that the circle corresponded to E. An other observation that can be made at the start is that the two squares appear as single letter words, so it was likely that they were A and I (in some order). For the rest I have mostly just tried to find figures with a lot of known letters, with only a few possibilities for the remaining letters. It helps here that most words are fairly short.

Now my best explanation of the joke is

Here is the paper together with the plaintext: 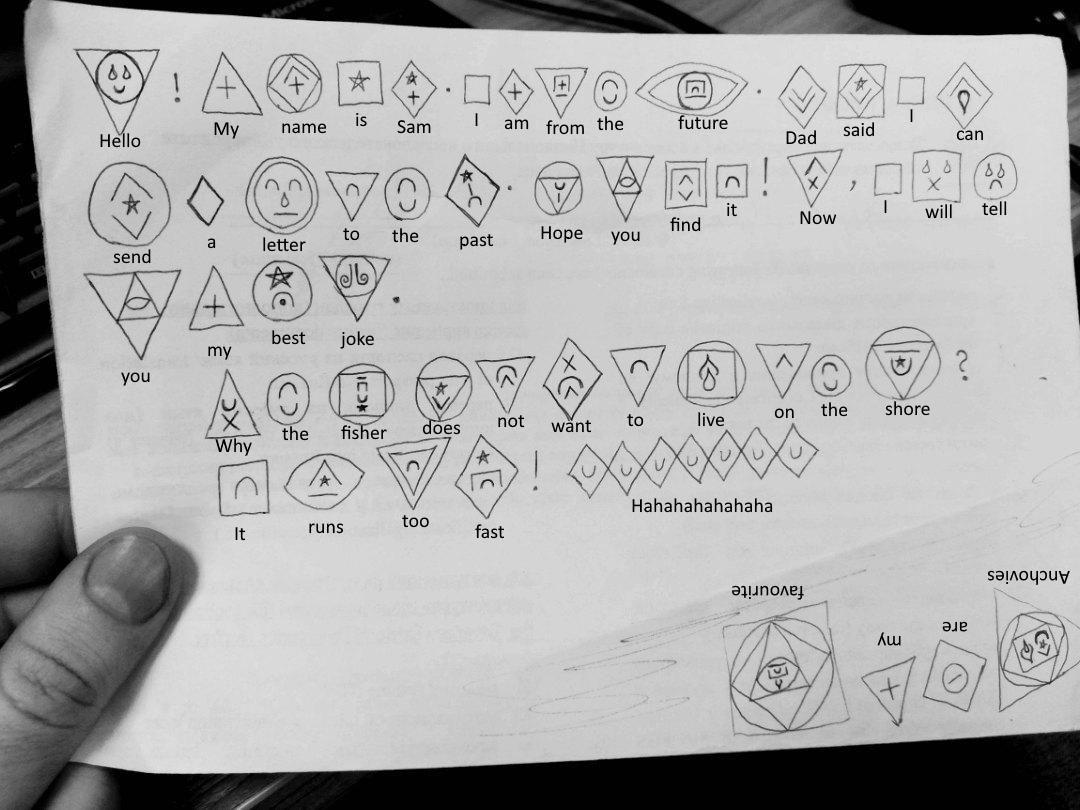 7
The Cursed Breakfast
11
When life gives you lemons run away or face the ciphers of entrapment
6
Eye the bull's-eye!
6
John got a new dog?
24
A half successful police raid
3
Riddle Number Five
9
Were the Decipher II and Decipher III puzzles solved, and if so when and by whom?
8
"The Batman" puzzle: rataalada.com