This is a slightly modified version of the Intersection Puzzle introduced by user477343 here.

In this case, you are given a $7 \times 8$ grid with circles and boxes provided in some of the cells.

The aim is to construct a set of rectilinear paths inside the grid with the following rules:

If any of those rules are unclear, please refer to the solutions of the original puzzle to get an idea of what paths should look like. Users familiar with Flow Free: Bridges or Numberlink may find it easier to think of this as a modified version of those puzzles.

Given all those rules, here is the puzzle 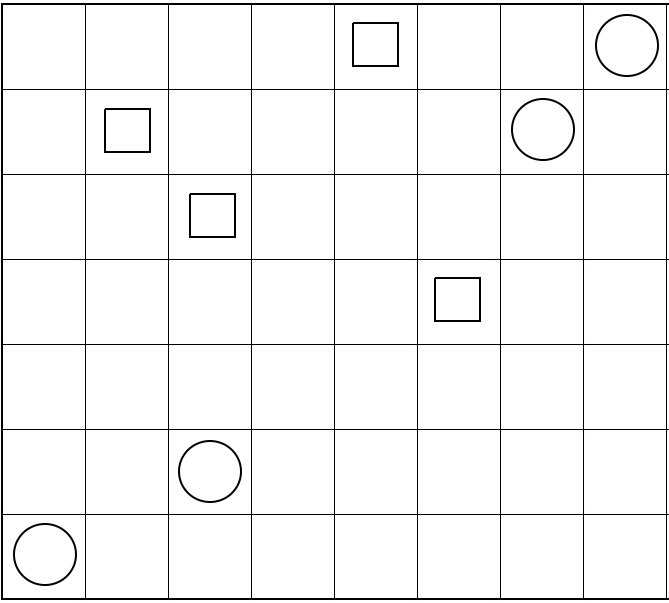 Under the full rule set above, this has a unique solution.
Can you determine it? 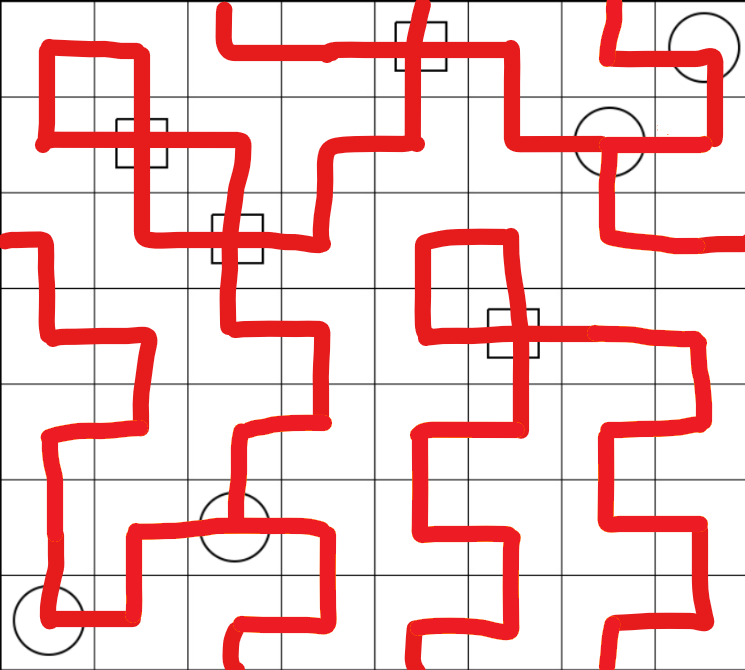