Not sure about the first one, but for the second:

If you count along each grid row by row, then the first group has black squares evenly spaced (5, 6, 4, 7, 2, 9), whereas the second group does not have such even spacing.

Edit: after a bit of googling, it appears that the first one has a couple of possible solutions (taken from a reddit thread): 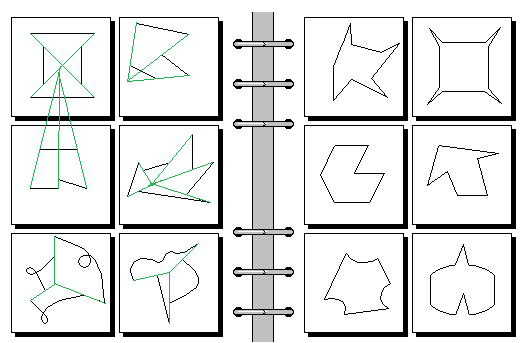 Not the answer you're looking for? Browse other questions tagged pattern bongard or ask your own question.