Why are 2s not possible in these Sudoku cells?

I recently was playing Sudoku on my iPad. As I was stuck on the puzzle I clicked on "Tip" to receive a hint on how I can solve this Sudoku (I am still learning the game) - so please don't judge me for this.

It added all kinds of pencil marks - and I was unable to follow why some of them were not populated. Unfortunately I do not have a before & after picture. I have marked the 2's in different colors - of my current understanding of the game. Can somebody explain, why the red ones were not marked? 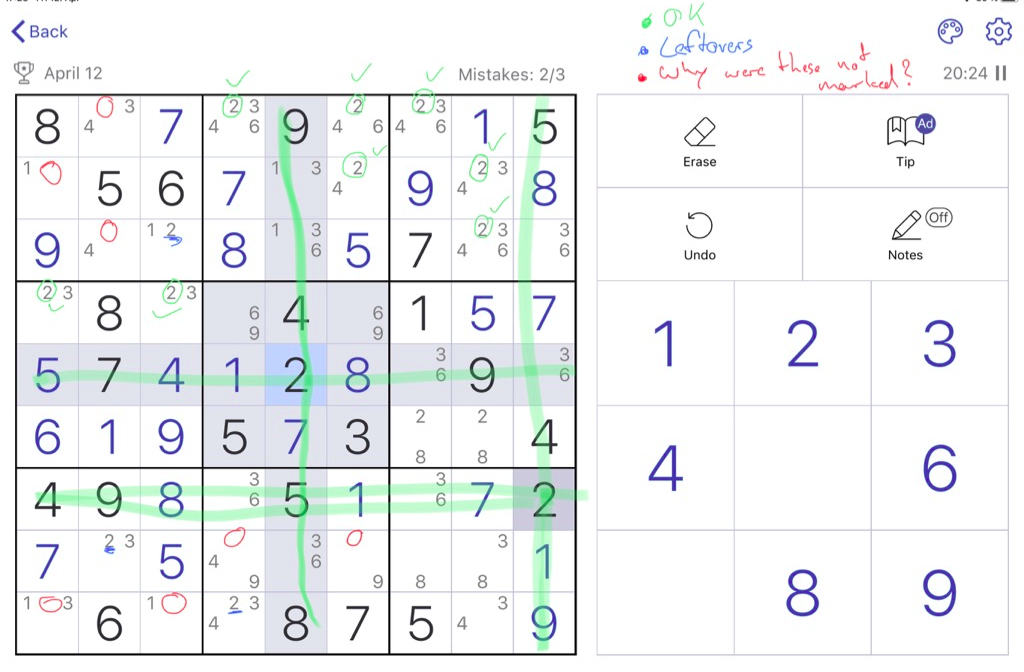 My theory: the 2s were removed arbitrarily in order to help you (since you are left with cells with only one candidate). Obviously, if you search for a reason for that removal, you will eventually find one just by solving the puzzle.

Why do I think they were removed arbitrarily?

What are the candidates that were not removed?

What are the easier moves?

With that latter move, finishing the puzzle is quite straightforward.

7
Why are these shapes impossible to draw with the given rules?
3
Why is this Sudoku Skyscraper Failing?
6
ASCII Art Painting
4
Why is the next Sudoku step a 6?
2
Why can R1c3 not be a 4?
1
Secretly press different buttons
3
How many Hoshi (Star Sudoku) are possible?
4
Very close to solve the sudoku puzzle but yet not solved
20
PSE Advent Calendar 2021 (Day 24): The Witneys - Your Comfy Puzzles