Okay, so hi everyone. I’m Charlie and I’d like to talk to you about my home country, the United States of America. We’re the third most populous nation in the world (after China and India), have the largest economy, and have a lot to offer in terms of business, culture and natural beauty.

Let’s start with a place I’m sure everyone’s at least a little familiar with. This is New York City, the biggest city in America and one of the most important centers of finance, art, fashion and entertainment in the world. This picture is of Times Square on Manhattan, in New York’s Theater District. To the northeast from Manhattan is Long Island, which measures 118 miles from one end to the other. This makes it the longest island in the world in terms of, um, longness.

In terms of education opportunities, the United States ranks as one of the best places in the world. The country’s elite universities include the Massachusetts Institute of Technology (pictured), the Stanford University, the University of Chicago as well as the world-famous Ivy League which includes the world’s oldest anglophone university Harvard and seven other highly prestigious schools in the northeastern United States.

The nature of the United States is as varied as it is unique. The majestic Mammoth Cave in Kentucky is the longest cave system in the world. Colorado’s Royal Gorge Bridge crosses the Arkansas River with breathtaking views and is the world’s highest bridge. In Oregon, the Crater Lake (pictured) fills a vast caldera formed by the collapse of a large volcano. With a depth of over 2,100 feet, it is the deepest lake in the world. In California, the world’s oldest national park Yellowstone includes magnificient sights such as the Steamboat Geyser, whose eruptions can reach heights of over 300 feet, higher than any other active geyser in the world. 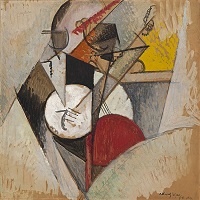 America’s museums are a great attraction and people come from all over the world to visit them. The most notable museums include the Guggenheim in New York, the Smithsonian in Washington D.C. and the Getty in Los Angeles. The Metropolitan Art Museum in New York’s Upper East Side is the largest art museum in the world by gallery space. This picture depicts the artwork Composition pour jazz by Albert Gleizes, housed in the Guggenheim Museum. 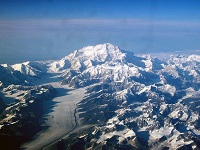 With over 320 million people and millions of tourists every year, it’s understandable that the United States’ busiest spots get an enormous amount of traffic. The country is home to the world’s busiest airport, the Hartsfield-Jackson Airport in Atlanta, as well as the Grand Central Terminal (pictured) and the Times Square intersection in New York, which are the world’s busiest train station and traffic intersection, respectively.

A great tourist destination in the western US are the Rocky Mountains, the longest mountain range in the world which stretches from New Mexico all the way north to western Canada. To the west of the rockies lies the expansive Mojave Desert, the driest area on the continent. In the northern part of the desert lies Death Valley (pictured), which holds the official record of the hottest temperature ever measured on Earth (134°F). Deep within the Mojave desert is the city of Las Vegas, known as the “entertainment capital of the world”. Home to dozens of luxurious casinos, it forms the world’s largest casino market by gambling revenue.

The U.S. dollar is the world’s primary reserve currency as well as the currency which is the most used in international transactions. In addition to the United States, several other countries have adopted it as their official currency including Ecuador, Zimbabwe, the Marshall Islands, East Timor and El Salvador. No other currency has been adopted as the official currency of this many countries.

The world’s largest country also boasts the world-renowned American film industry, centered in Los Angeles and often referred to with the term Hollywood. The United States produces several hundred films per year, making it the largest producer of films worldwide. The United States is also the largest market for films by box office revenue. In 2018, American film theaters made over 11 billion dollars of box office revenue, with almost 90% of this money caming from domestic films.

The US–Canada border is the longest international border in the world. An important landmark on the border are the American Great Lakes. Of these, Lake Michigan is entirely within US territory, whereas the other four – Lake Huron, Lake Erie, Lake Ontario and Lake Superior – are shared by the two countries. All five rank among the world’s largest lakes. The biggest of the group is the appropriately named Lake Superior, whose surface area of over 30 thousand square miles makes it the largest lake in the world. The Great Lakes region’s most famous landmark is the world’s tallest waterfall, Niagara Falls (pictured), which straddles the US–Canada border.

That’s all I had for you this time. Thanks for listening!

What do you think Charlie really wanted to say with his presentation?

This can be found by noticing that

Many of the superlatives given in the presentation ("__ is the longest/biggest/tallest __ in the world") are factually inaccurate.

These are, as far as I can tell:

The longest island in the world is Greenland, not Long Island.
The oldest anglophone university in the world is Oxford, not Harvard.
The tallest bridge in the world is Duge Beipanjiang, not the Royal Gorge Bridge.
The deepest lake in the world is Lake Baikal, not Crater Lake.
The largest art museum in the world by gallery space is the Louvre, not the Metropolitan Museum of Art.
The tallest mountain in the Northern hemisphere is Everest, not Denali.
The world's busiest train station and traffic intersection, respectively, are Shinjuku Station and the Shibuya Crossing, not Grand Central and Times Square.
The longest mountain range in the world is the Andes, not the Rockies.
The world's largest casino market by gambling revenue is Macau, not Las Vegas.
The currency used in the most countries is the Euro, not the US dollar.
The country which produces the most films annually is India, not the US.
The largest market for films by box office revenue is China, not the US.
The world's tallest waterfall is Angel Falls, not Niagara Falls.

And we can do the following to figure out what Charlie is trying to say:

By taking the first letter from each of these corrections (Greenland, Oxford, Duge, Baikal, Louvre, Everest, Shinjuku, Shibuya, Andes, Macau, Euro, India, China, Angel Falls) and stringing them together we get "GOD BLESS AMEICA". Let's assume that I have missed one of the false statements along the way, such that Charlie's message is actually "GOD BLESS AMERICA."

Not the answer you're looking for? Browse other questions tagged enigmatic-puzzle knowledge story geography or ask your own question.