What's the amount of natural numbers at distance 61 from 1 ?

I don't know if this is strictly a puzzle but more of a computational programming exercise.

Many people on this site will already be familiar with the iterative function in the set-up to this problem as that from the famous Collatz conjecture. As you would expect, much research has been conducted into the properties of this function and there is even an entry on OEIS which describes the number of numbers that are exactly $n$ steps away from $1$, see here.

The value for $61$ is not listed here but they do give functions in a few different languages to obtain the number of steps for arbitrary $n$, and, saying that, it's not terribly difficult to write one yourself, for which the result is

Some other interesting things

This is a nice graph from Wikipedia showing the numbers which are within $20$ steps of $1$: 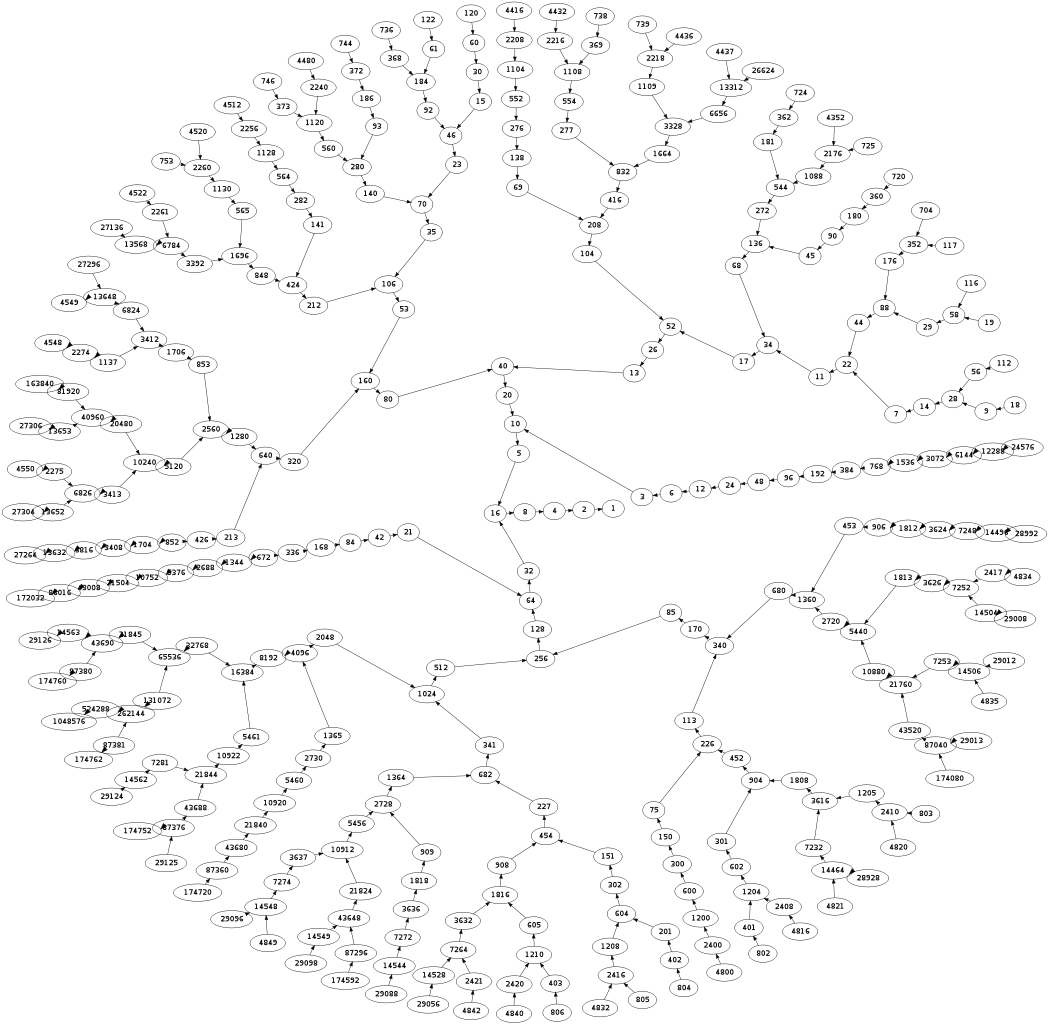 Also, the general pattern of the sequence tends to settle into exponential growth with ratio between adjacent terms thought to approach $\frac{3 + \sqrt{21}}{6}$, which is something I didn't know before.

3
Find a high-scoring 53-digit prime number chain
34
Do better than chance
71
Making π from 1 2 3 4 5 6 7 8 9
4
Eight distinct numbers in the table
6
My time-travelling adventure
5
Least amount of (n)x(n+1) tiles to perfectly cover a 7x7 floor with two irregular tiles
2
I am not sure if this is related to magic squares but is something that is unanswered in my mind since I was a kid
12
More than equilibrium
11
An odd way to subtract digits
65
Happy Pi-Day! Try to solve this “PiDoku”