This is a different 'connect the dots' puzzle.

Your task is to connect the blue and yellow nodes in the map below with links such that the created network guides two signals emitted from the two red triangles to the green pentagram. In doing so, each node needs to be used by at least on of the two signals at least once.

Clarification: Your task is to provide the additional links. Once they are all set, signals start and move according to the rules until they either die or end in the green node. You can no longer influence this at this stage. 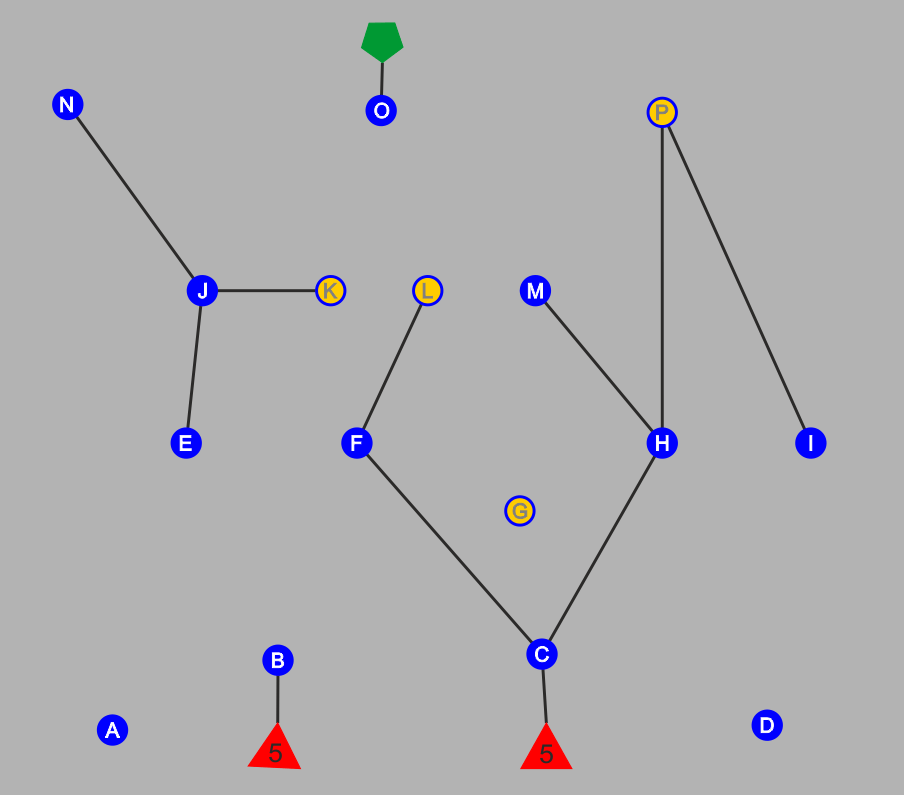 There exists at least one solution. It may not be unique. You can specify your answer either by an image (preferred) or by specifying all links (2 node-labels each) and the path each signal takes (by node-labels.)

See comment from OP: this doesn't work. I'm going to have a look and see if I can get it into shape. 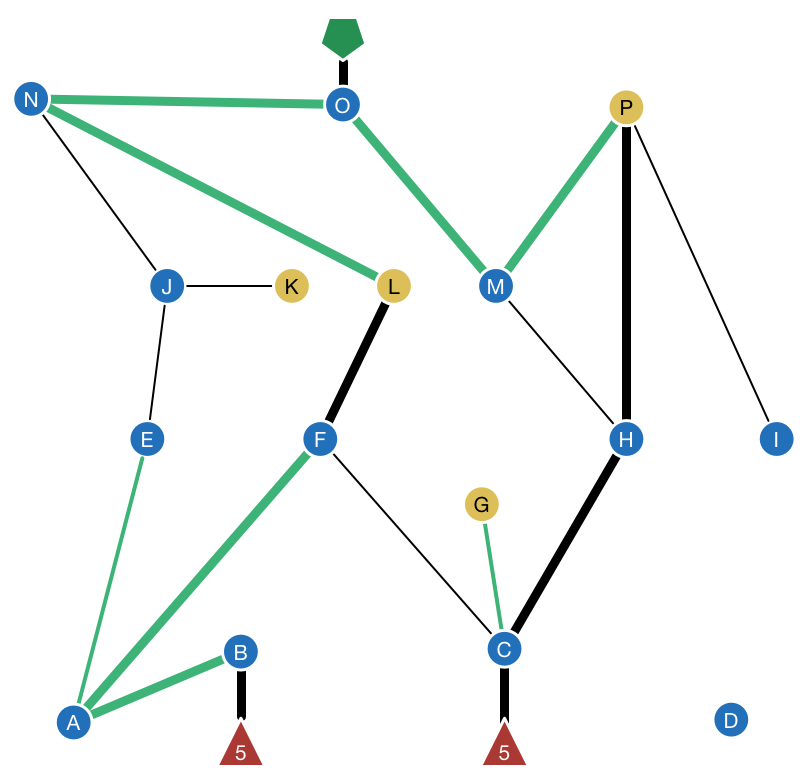 The green lines are the lines that I’ve added, and the thick lines indicate the path that the two signals follow.

I tackled a path at a time: first the path from the right-hand red node, then the left. It was about 50-50 logic and sensible guesses.

Here’s how I worked through the right-hand node:

With that path in hand, I moved on to the left:

It’s probably not a unique solution, although I haven’t gone back to find another yet. But unless I’ve misunderstood the rules, I’m fairly sure that is a valid solution.

Assuming 'visit a node' means that a signal has to reach that node, not necessarily continue on from that particular node to the green node, here's one solution. Signal strengths at the start and end of each link are indicated after each link.

Not the answer you're looking for? Browse other questions tagged visual network or ask your own question.

7
Network connection: Create a network that guides the signal from start to goal
14
Ernie and the Underground Network
4
What is the largest, compact connected-network polyomino for these tiles?
46
A-maze-ing Dice
27
Transport Networks - An Introduction
4
How many nodes in the network?
2
Tokyo Metro puzzle special #2: The tour of the Metro
2
Identify the grid that does not fit into the pattern
13
Not Quite a Pipe Dream
11
Draw this planar graph