Hello future solvers! Have you read the puzzle yet? If so, answer me this: What am I thinking about right now?

Like the flavortext says, these aren’t crossword clues but something else entirely. Perhaps a more direct search is in order?

Each clue gives a specific thematic word, and the method to get each word is the same across all clues.

reddit uses an alpha-numeric pattern to code each comment/post. Some of these randomly end up as "words". By going to reddit.com/(whatever) you will go to a random post. The clues are the random posts visited by using the names of subreddits as the code. See here: https://www.reddit.com/r/NoStupidQuestions/comments/are009/why_does_redditcommusic_redirect_to_a_7_year_old/

http://www.reddit.com/music lands on a random post about the contents of this clue

http://www.reddit.com/meirl lands on a random post about the contents of this clue (Thanks to @noedne)

http://www.reddit.com/iama lands on a random post about the contents of this clue

http://www.reddit.com/excel lands on a random post about the contents of this clue

http://www.reddit.com/texas lands on a random post about the contents of this clue

By taking the first letter from the first answer, second from second, etc. we get Music mEirl iaMa excEl texaS, which spells out MEMES

My guess is you are thinking about:

this upcoming movie: GREEN LANTERN CORPS (most clues point to this one)

This is clearly a reference to the "old redditaroo", in which a reddit post contains an ambiguous reference and a comment is made reacting to it as if the reference is pointing in the direction it clearly is not. The comments are archived and daisy-chained together in a seemingly never-ending chain of fun. People often declare "Hold my (whatever), I'm going in!" when reading the chain. https://www.reddit.com/r/switcharoo/

Found on dc site: Several years ago, the terrorist known as Kobra threatened to destroy Portugal's capital city Lisbon with a dangerous hydrocarbon weapon. The Justice League members Aquaman, Batman, and Green Lantern fought against Kobra, and though the villain escaped, they did succeed in saving Portugal.

Doing a reddit search on this brings up several results, one of which references DC universe and Green Lantern Corps specifically: " Ever since the fateful day that Krypton was destroyed, the Green Lantern Corps has been preparing for the day that the legions of Apokolips might attack another inhabited world, and they have reason to believe that day is drawing near. "

John Stewart is one of the Green Lantern characters from DC

I found this referenced by a thread in the texas subreddit: https://www.reddit.com/r/funny/comments/texas/classic/

Still looking for better connections between some of these...

Given hexomino's confirmed answer to the hint puzzle, could it be that these five clues refer to

number 2 could be r/HarryPotter or any of several others such as r/RowlingWritings, and number 5 could be r/Irony.

Some deduction, not an answer:

These are all fairly big subreddits that are probably easily confusing people that don't put an r/ before the name.

Flimsy reasoning so far but I think you're thinking about

The Strange Case of Dr Jekyll and Mr Hyde

The jpg on Imgur points to an image of an article condemning weedkiller called Atrazine with an ironic advert for Atrazine. 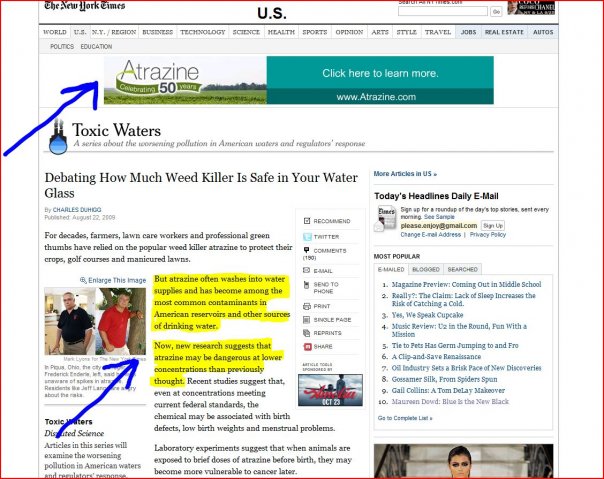 Appears to point to Hunt for the Red October, a novel by Tom Clancy.
Resuming my flimsy reasoning: they're both novels.