This puzzle is not mine, although I don't have any reference as to where it originated from. I discovered it when I was a student, some fifteen years ago. It has been among my favourite chess puzzles since then. Could be very well known or a duplicate, but I couldn't find it in the database. 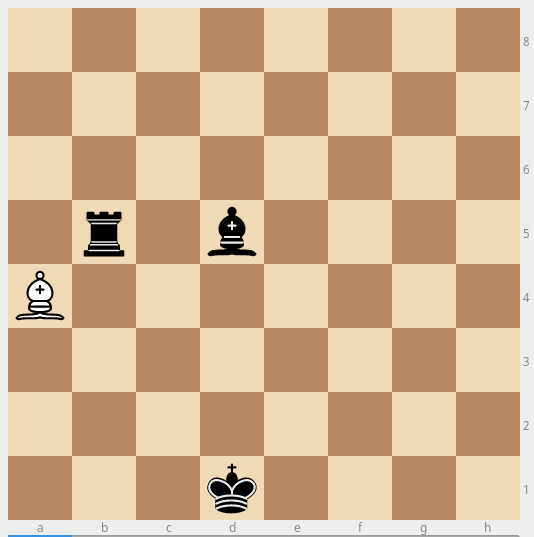 The white king must be on square

So, what was the last move?

The bishop can't have moved along the d1-a4 diagonal, because it would give check on c2 and d3 as well. So it must be a discovered check, caused by a move from the white king, from b3 to another square.

doesn't this lead to the same problem as before? On b3, the White king is still in double check. No, because there is a move which simultaneously clears the b3-d5 diagonal and the b3-b5 file, but it requires extra pieces: an en-passant capture from b4 to c3, capturing a pawn on c4. Since we have an extra (half-)move compared to the situation above, we can use that move to get rid of the black pawn.

The last move in this position was Bd5+. White blocked the check with c4, black gave double check by capturing en passant bxc, and the king took the pawn on c3. 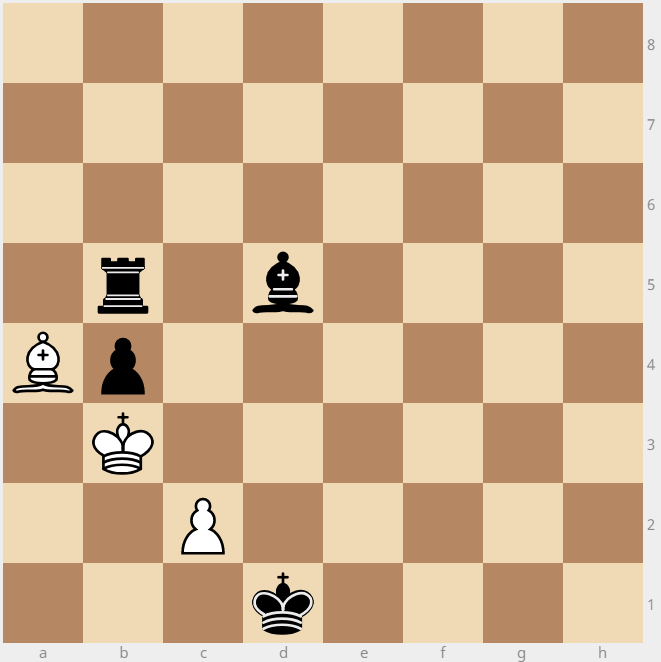 0
Where is the White King?

48
Can you stop the rambling rook?
14
Replace a piece to checkmate
10
Queen & “paralyzed” King vs King
22
Monte Carlo Chess
27
The Swedish king and the chessboard
17
Checkmate all the kings #1
9
Reconstructing A Chess Game #4
10
One-sided chess: Can you stalemate yourself?
4
Fantastic Foxhole Failures
14
A delve into extraordinary chess problems: Self-Stalemate 1