Counting all the hearts

The Arthur family ( Henrik, Olga, Heather and Kristophe) are playing Bridge at the dining table with a standard deck of cards.

How many hearts are at that table?

there are $4$ human hearts. 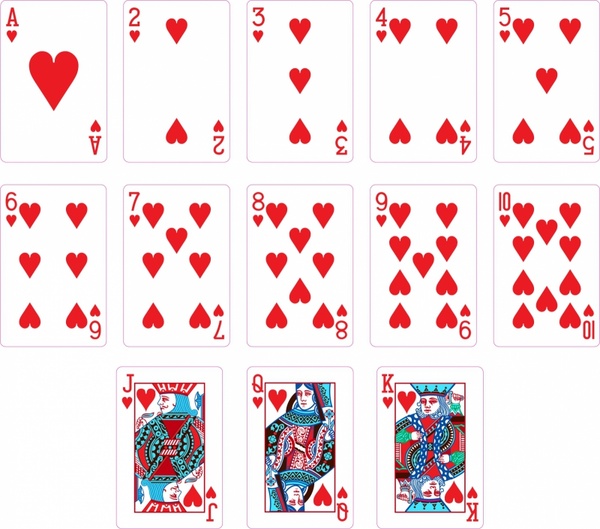 which adds up to

Starting with noedne's analysis of

from the card deck alone. We also have:

four (I assume) humans, that have one heart each... except that the two women could be pregnant (take into account every possibility!), and with humans twinning is reasonable, but triplets are pretty rare, so I would say up to 8 human hearts.

Oops, almost forgot to look at:

The text itself! The Arthur family has a cleverly hidden heart, and there are enough letters in the other names for 2 more, adding these to the human and card hearts are 87+8+3 for a grand total of 98 hearts. I think this is a stretch, but the fact that there are 52 cards in a deck also looks like a heart(

Or if you want to be absolutely ridiculous:

Octuplets have been born a few times, so you could have 4+8+8=20 human hearts for a grand total of 110, but at that rate do you count multiple births higher than eight as long as they can have a beating heart in the womb? That's why I consider this a ridiculous option.

How many decks are represented?

How many hearts did those ladies steal?

"Every possibility" might consider the vermin hiding under the table or the table itself could have an array of hearts. Heart wood? Carved hearts?

The table cloth could have hearts on it. The tableware or China, as well.

The core principles, here, are that hearts of various sorts abound and not narrowing the field unbounds the total.

15
Lateral thinking in a field of cows
7
The round table
11
Checkmate all the kings #2
9
The Dollar Bill
56
Go Pregnant or Go Home
6
The Starks, Parks, Clarks and their kids
15
Four fanatics and one checkerboard