Can this be drawn in one line without going over the line? 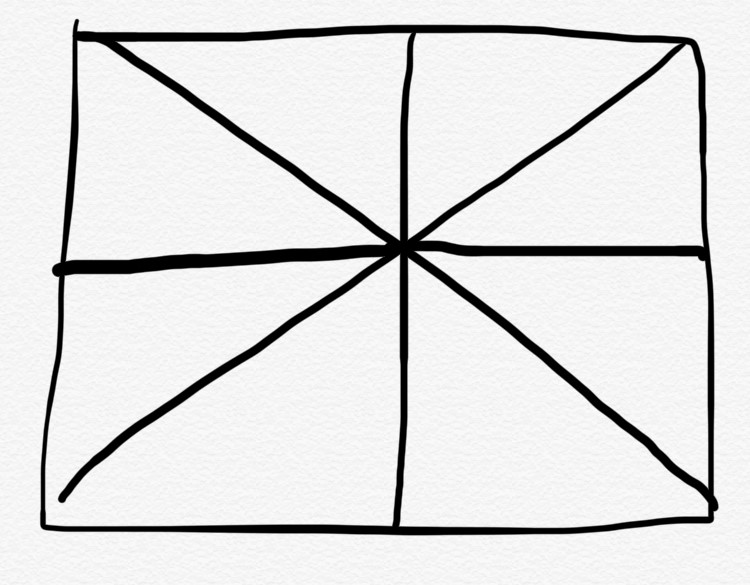 Can this image be drawn in one line and without going over any lines?

There should be at most $2$ intersections with odd number of passing lines. In the picture, there are $8$. More reference: here

To elaborate a little on @athin 's accurate answer (and also answer without a link),

The reason that it is impossible to draw the figure without picking up your pencil/redrawing over some lines is, as athin said, because there are more than two vertices with an odd number of "paths" leading to that vertex.

Here's why that is the case:

Imagine that a shape like the letter Y is in the image. The center of the Y is a vertex with three paths coming to it. In the presented problem, if the pencil passes through the point at the center of Y, it will cover exactly two paths. That leaves one path, still to be covered, that leads to nowhere. If all three paths are to be used, the center of the Y must be a starting or ending point in the solution. There is no other way to reach all three paths. The properties of Y discussed apply to any vertex with an odd number of paths leaving it.

X. Do you see how the point at the center of it has an even number (4) of paths that lead to it. This means that the pencil in the question can pass through X and leave 2 paths, allowing the pencil to pass through X yet again without stopping. This applies for all even numbers in the same way that Y's properties apply to all odd numbers - take an *, for example. See how it has an even number (6) of paths leading to it? The pencil can pass through once, leaving 4 paths, which we just showed can be passed through without stopping.

Bringing this all together,

Not the answer you're looking for? Browse other questions tagged geometry graph-theory or ask your own question.

51
Join all circles together only with 6 lines
31
What is the minimum number of straight lines to connect all the dots on this grid?
15
Which Way did the bicycle go?
8
Bigger board with the least squares
7
Why are these shapes impossible to draw with the given rules?
1
Would this shape be impossible to number given the rules?
26
What is the most triangles you can make from a capital “H” and 3 straight lines?
4
London Underground puzzle