Who attempted to betray the Boston King?

The Castle of Weshire recently declared war on the Castle of Boston. The two armies soon met, the Boston King and Weshire King giving out orders from behind their lines of soldiers, surround by their spiritual advisors.

However, due to recent political drama, the Boston King suspected that there was a traitor in the midst. He decided to try to catch the traitor in the act. There was no doubt that they would try to do something as the Wehsire Army distracted the Boston army.

The first phase of the battle happened as the armies first marched forth towards each other. The Boston King wept in joy as he saw his son survive the charge. It was very bloody and emotional battle. The King thought he should keep his closest friends closer from now on, as to keep them from being killed, so they could properly advise him. The Boston King also sent extra, forbidden calvary as a sacrifice, so said in the respected rules of war, to confuse and anger the Weshire forces. 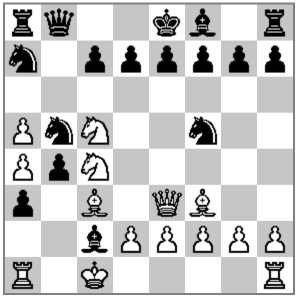 During the second major event, the Weshire army hit Boston’s right flank, and raided some horses to strengthen their calvary. However, the Boston soldiers showed great bravery and managed the kill one of the Weshire army’s religious heads. One was promoted for their heroic act. Another, who died, but who was the bishop killer, was honored for his rightful vengeance. A good soldier always looks out for his King, and gives up their life the moment they see danger to them. Additionally, the Weshire King sent forth a forbidden soldier to the Boston’s King’s calvary trick,s Dan he also let his priest move in a manner never before permitted-directly passing the front lines. 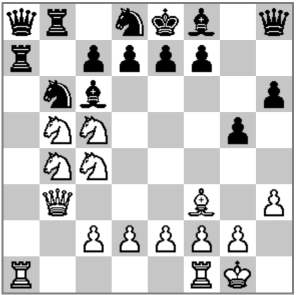 In the third and final swing of the battle, the left flank had been locked up, engaging in a ferocious battle. The Boston Army held a major card against Weshire by threatening to kill their king. Unfortunately, however, Weshire has managed trap the King’s wife after she moved to a bad spot while trying to talk to one of the Boston church priests. After some more battling, both sides agreed to a mutual truce and went home. 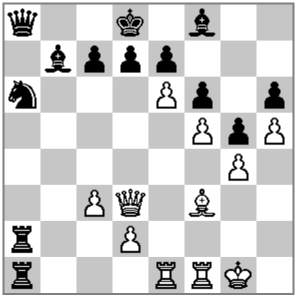 After arriving back at his castle, the Boston King had a chat with his son, who was a knight. He was sure that a traitor had tried to do something during the battle to harm him in some way. His son shelled out some maps, one for each of the three phases of the battle. On these diagrams, the layout of the battle was shown in its entirety. It was always their army’s time to attack in the moments shown on the ink.

Upon seeing the maps, the Boston King immediately knew who the traitor was. He ordered his council, parliament, advisors, priests, and judges to gather. He sent his son, along with two other knights, to go arrest the traitor.

Who was the traitor who attempted to harm the Boston King?

You must say which piece, and, if necessary it’s starting square, along with where it is in each of the three diagrams. You must also state at three reasons why said chosen piece is the traitor, one piece of proof per diagram/story that goes with it.

Note: There is only one traitor-it is the same in all three diagrams.
Note #2: if you could please edit those links into the words beside them, that would be great. Pretty please and thank you in advance! [Done -- gjm]
Note #3: Enjoy!
Note #4: Cheers to this question-https://puzzling.stackexchange.com/questions/80236/murder-said-the-knight- for inspiring me!

I got it, the king thinks the traitor is:

The light squared bishop.
The one remaining knight is the king's son, so he is beyond reproach, even though there's a ton of evidence against him. Looking at the other candidates we don't have much to work with. Half the pawns didn't even move, the other half are battling as they should. The dark squared bishop hasn't moved all game, if he was a traitor then he is an ineffective one. That leaves us with only the queen, two rooks and the light squared bishop. In the first diagram the rooks are blocked so they can't be doing anything suspicious. The bishop is all the way in Weshire territory though, talking to their king - highly suspicious!
In the second diagram it is explained that Weshire "raided" horses from Boston on the right flank. Now how did that happen? Wait, who do we see on the right flank? The bishop! He's back, why? He is the one who helped Weshire get those extra horses.

I'm sure the king thought up some excuse regarding the third diagram. But while I was trying to do the same, I found something very interesting: the king is an unreliable narrator! Regarding the first diagram the king says "It was very bloody and emotional battle". But if you look at the board, only one Weshire pawn is missing. Does that sound like a bloody and emotional battle? For the second diagram the king mentions that Weshire priest moved in a "never before permitted" manner, however, the one remaining Weshire bishop hasn't moved all game! For the third diagram, the king says the queen "moved to a bad spot" to talk to the bishop, but the queen hasn't moved from her place in the second diagram! So the king has no idea at all of what's going on.

Having realized this, the conclusion is that:

The king is a paranoid and unreliable witness. He thinks there is a traitor, where there is none. He ordered the arrest of the light squared bishop, but all the evidence is circumstantial. He's going mad in his old age...

3
Who killed the king's son?
48
Clever Jack - A logical fairy tale
4
when was the battle?
7
The Boy of Fire: The Final Battle
7
Who killed Professor Thomas Eyebright, and why?
0
A loyal traitor
5
The plant king's story
6
The Seventh Seal