User JellicleCat posted this on linguistics stackexhange a few years ago. None of us were able to come up with a satisfying answer but most seemed to agree that it was an idiosyncratic cipher or shorthand. It means that puzzlers may be better equipped to solve it than linguists.

Anyway, the original question was:

I've wondered about this script since I saw it years ago. I imagine it's an English cipher. Can anyone tell me? 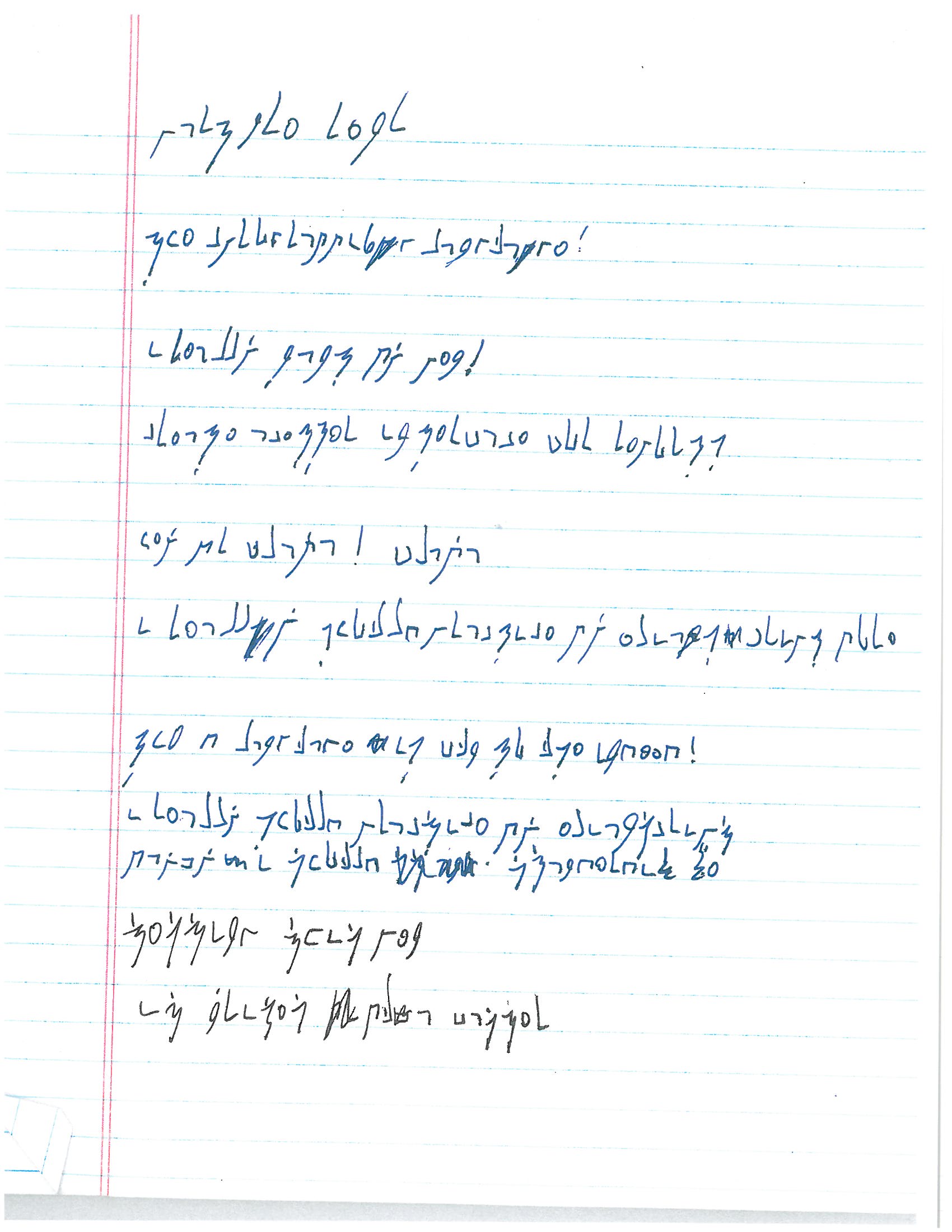 He later added in the comments section:

This appears to be Elian Script. I'm not sure I can read the writer's handwriting entirely (and they seem to have added some nonstandard things like a zigzag for T), but the first few lines read:

I REALLY WANT MY PEN!

Edit by OP: I spend some time to fully decipher it but I think Deusovi deserves the real credit for an answer so I present it as an edit:

testing this pen
it writes # mu#a [=much?] faster

23
The Hunting of the Snark: Given ciphertext and plaintext, what cipher is used?
21
Alphabet splitting extraordinaire!
0
"Rearrange the alphabet" puzzle
19
Unknown transposition cypher puzzle
8
What alphabet is this?
4
The Unknown Drink
7
An unknown message from an unknown world
3
Alphabet I: Prove it!
5
A real-life puzzle. I'm mystified