Cryptic with some cross words 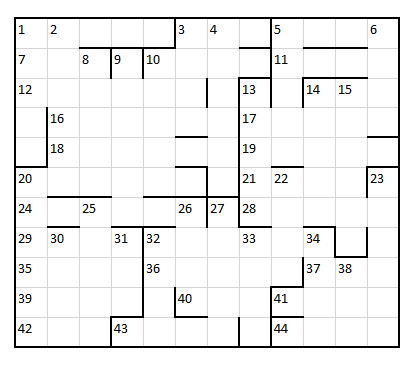 I have to protest about

I confess that I haven't actually checked all the things that look like brand names etc., but they all seem plausible at least :-).

The joke, of course, is

that every answer has an X in it, so they are all cross words.

Good job to Gareth McCaughan. I'm including this answer because I believe in supplying full parsing to a cryptic.

Common Cues in this puzzle

5 Primate's kiss is the greatest success (4)

7 Meet not in extreme Korean clothing (3)

18 In the middle of an agitated melee, embrace a grammar unit (6)

19 Sedative for Santa between crucifixes (5)

20 Cross the first street after heading to discriminator (6)

LAXER Anagram (at sea) of RELAX

EXODUS (second book of the bible)

FAX SHADOWFAX - SHADOW* (Horse in Lord of the Rings) Thanks M Oehm!

MA+XI XI is a Greek letter. Still don't get the definition entirely.

43 Turn next to nothing to operating system (4)

3 Drive down the runway, intently leading the charge at the front (4)

6 Darius and Xander are very small (4)

8 Watch an acting part by an unknown (5)

15 Caramel dessert gets back former colour (6)

27 Essential to fix a robot coming up a compound (5)

BORAX fiX A ROBot (Since this is a DOWN clue, Coming up is the same as BACK for an across clue)

30 Farm animals are second to none, times square closer north (4)

32 Chromosome in the middle of one altered gene part (4)

EXON X in altered ONE

29 is XXIX, not IXXX which really screwed up the bottom left corner! A bit confused with embrace as X in 18A

TUX (tuxedo, tux is the mascot of linux : a penguin)

Not the answer you're looking for? Browse other questions tagged knowledge cryptic-crosswords or ask your own question.