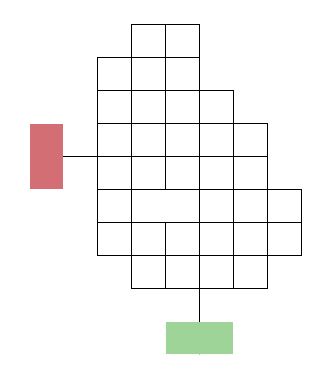 You can walk on the black lines, and your aim is to go from the green at the maze's bottom to the red on the left side. However, each time you reach an intersection of three or more black paths (spokes), you must turn 90 degrees either direction, rather than continuing straight.

Find a valid path through the maze, or prove that no such solution exists.

Since we must always turn 90 degrees, every odd-numbered step we take is always vertical and every even-numbered step is horizontal. Since the last step has to be horizontal, it means our total path has to be an even number of steps. In other words, once we've reached the red squares, we have made the same amount of vertical and horizontal steps.

Note though that this only works because this particular maze has no straight moves available (i.e. intersections where you can't turn but only go forward). For example, using the same rules, if you remove the vertical line directly below the 2x1 block...

...there actually is a solution.

Here is an answer that I think is slightly easier to understand: 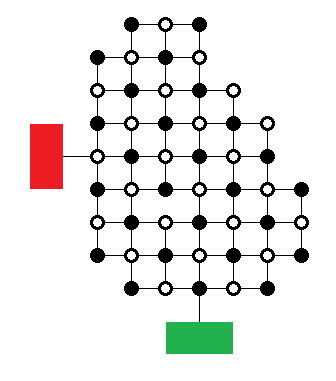 To hammer the point home, from the restrictions above it follows that each edge can only be traversed in one direction. In the following picture I have marked each edge with the travel direction. As you can see, the edge to the red block has the arrow going in the wrong direction. 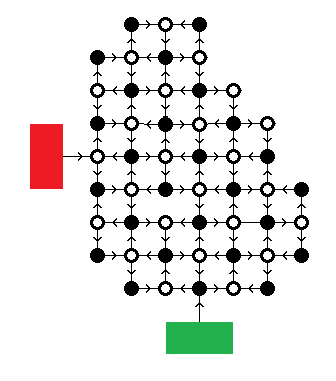 The path through the maze is:

Some notes about this - 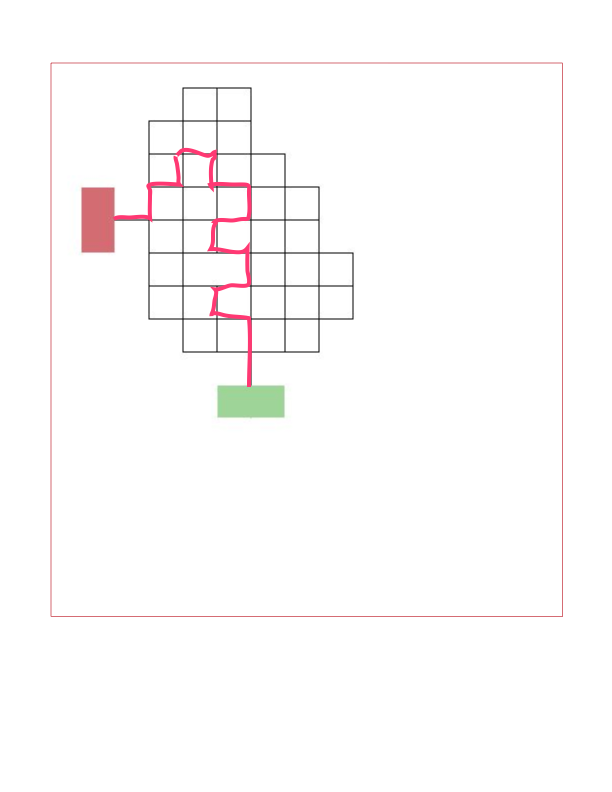 This seems to work, don't know the math of odds evens up down but i ended up on the red.

I think I have it...the key is the missing line which makes a couple of intersections of less than 3 black lines.... 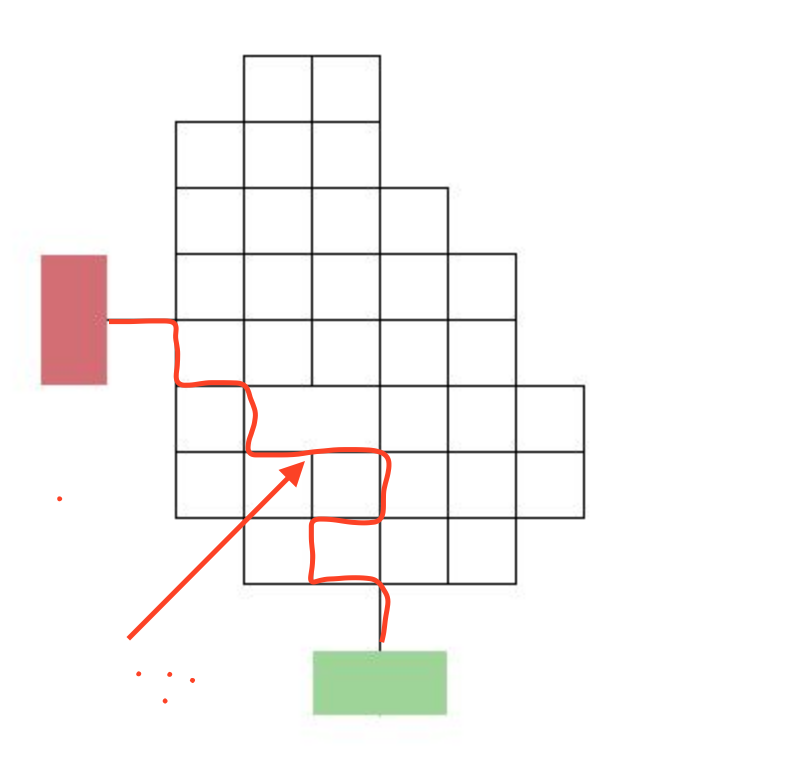 Not the answer you're looking for? Browse other questions tagged logical-deduction no-computers mazes or ask your own question.

16
The Origins of a Confusing Maze
28
A-maze-ing Wordsearch
72
Alice and the Fractal Hedge Maze
23
Cryptic Clue Maze
12
The maze of letters - Clue Three
21
Help me to find a small but hard and clever maze
7
Create a changeable maze
13
More Nodes & Tunnels - The Tower
5
How can I find riddles or puzzles to point players in one of two directions (in a maze)?
15
Creating the hardest 10x10 maze