What's the perimeter of this poorly specified triangle? [duplicate]

Generalizing a puzzle from Mind Your Decisions, here's something that I found to be rather neat. 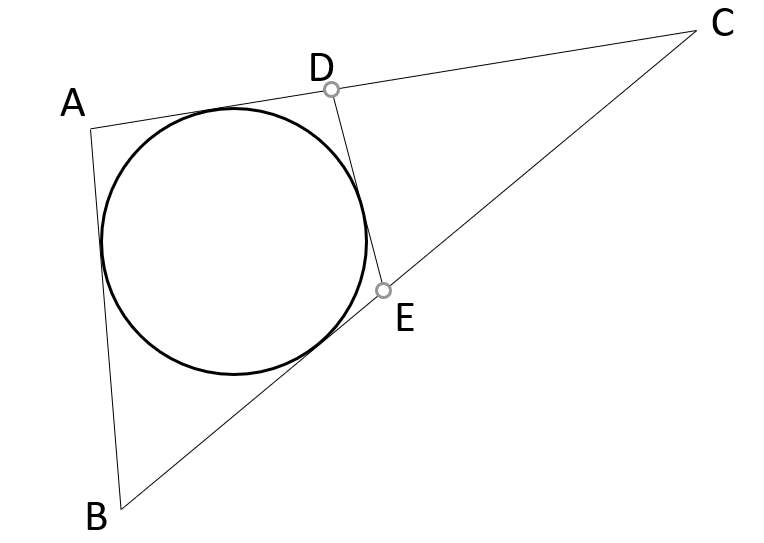 Clue: The coveted tick will go to the most attractive, visual proofs/arguments that don't use any additional variables! Judges decision etc.

It is probably not something OP expects (with a lot of additional variables) but I would like to publish my idea anyway: 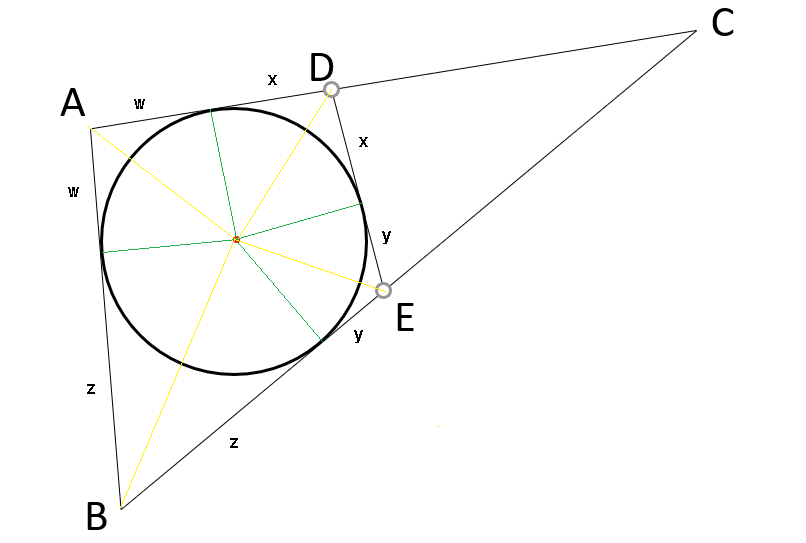 We can derive that:

so by subtracting c from both sides:

Since $AB=BC=c$, and $AC=b$ we know this is an isosceles triangle (which makes the diagram a poor representation of the question). This means that the point where the inscribed circle touches $AC$ (the side not equal to the others) is the midway mark. Lets call this point $M$.

10
The Erasmus isosceles triangle
8
Triangle area equals quadrilateral area
7
The Triangle Game
12
Rectangle in a Triangle
3
What are the fewest weights you need to balance any weight from a triangular seesaw?
1
Triangles with fixed perimeter
3
What's the name of this puzzle?
26
What's the perimeter of the hexagon?
19
What's the radius?
5
What's wrong with this D20?