No numbers in this grid. The clues are grouped into 12 squares by the location of the word's first letter. No guesswork is needed – if you have the correct answers, there's only one way to fit the words into the grid. 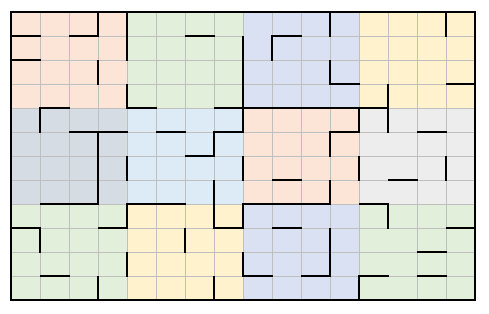 a) Lady from Georgia, Georgia (4)
b) Chinese people almost male birds (3)
c) Segment of management to complain (3)
d) Natural landmark to win back parrot (7)
e) Actress Swenson secretly winning awards (4)
f) A gram of silver to block someone's mouth (3)
g) Italian statistician announced as mythical being (4)
h) Maturing banking group has precious metal at the front (5)
i) Knock back a rum with water next to great central canyon (5)

a) Snake found on boardwalk (3)
b) Deep-voiced sea creature (4)
c) Oh my, a clandestine physicist (3)
d) Twisted, extreme bunch of Mafiosos (3)
e) Montreal player with a bunch to hide (3)
f) A common pair with no term for bullets (4)
g) Islamic organization is strangely a sham (5)
h) Latin person's home with nothing, not even head (4)
i) Common first word is commonly third resident organization (4)

a) Deck archiver has overtime (5)
b) Gambling, large chancellor (5)
c) Short skin ink stored in potatoes (3)
d) Hooray, introduction of yet another yoga (3)
e) Covered in a veil at a Middle-Eastern resort (5)
f) Place down a flower necklace for the audience (3)
g) Originally, Englishmen loved youthful Dublin place (3) 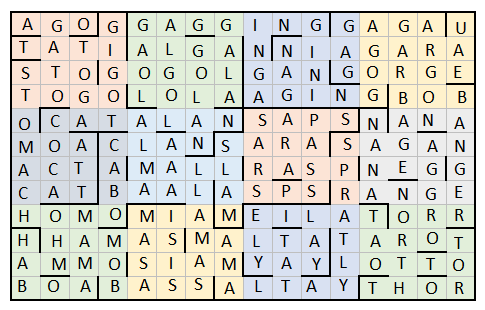 Not the answer you're looking for? Browse other questions tagged knowledge language geography cryptic-crosswords or ask your own question.