A simple puzzle to play

How many possible ways can you completely draw this figure? 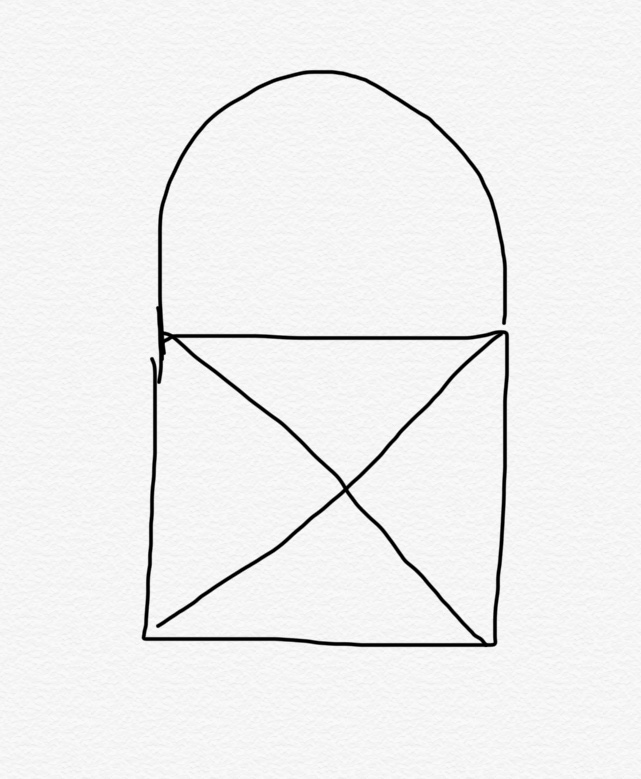 1 - Once you start to draw you can’t take your pencil off of the paper.
2 - You can’t trace along a line already drawn.

This is really a job for a computer rather than a human being, but never mind. (I will check my answer with a computer after posting it...)

[EDITED to add:] Looks like I missed exactly 48 routes. Corrections are below. I confess that I used a computer to check the total and help find what I'd missed.

You have to start at one of the bottom corners and end at the other. (Because any vertex of odd degree has to be the start or the end of the path, and there are exactly two of those.) Without loss of generality let's start at bottom left and end at bottom right; this will give us exactly half of the paths.

Call the vertices of the square, reading clockwise from bottom left, ABCD; and call the middle of the square X. We always start at A. We must visit X twice, with each of A,B,C,D coming before or after it just once. Call two of A,B,C,D "partners" if we visit one of them, then X, then the other. We may have A,B and C,D partners; or A,C and B,D; or A,D and B,C.

If A,B and C,D are partners, this is equivalent to a graph without X but with extra AB,CD edges. We will go between each of the pairs {A,B}, {B,C}, {C,D} exactly twice, so if we don't bother to record which edge we choose each time then we will count exactly 1/8 of the paths. Now we must start ABA (which must continue DCBCD) or ABC (which may continue BADCD or DCBAD) or AD (which must continue CBABCD). That's 4 paths, or 32 when we bother to distinguish "parallel" edges.

If A,C and B,C are partners, this is equivalent to the graph we already had with the reinterpretation that the diagonals are two separate edges and don't meet in the middle. We will travel exactly twice between B,C, so if we don't distinguish between the "parallel" edges between those vertices we will count exactly 1/2 of the paths. Now there's a symmetry between B,C so if we also assume we visit B before C then we will count exactly 1/4 of the paths instead. Now our possible beginnings are ABC, ABD, ADB, and by mere brute force I think our options are ABCBDCAD, ABCBDACD; ABDACBCD, ABDCBCAD; ADBACBCD, ADBCABCD, ADBCBACD. That's 7 paths, or 28 after un-ignoring those symmetries.

[EDITED to add:] I missed rather a lot here. After ABC we can go straight to D and then we can traverse the remaining four vertices in either direction (two more paths with symmetries ignored -> 8 more in total). Or we can go to A, then D, and traverse the remaining three in either directions (another 2/8 more). After ABD or ADB there are just the options I listed above. So I'm 16 short: not 28 but 44.

Here, in case anyone cares, is the computer code, in Python. It's not very efficient, but it doesn't need to be: it was much faster than I was, and got the right answer straight away :-).

Each can be reversed and flipped over the y-axis

Edit: I've exhausted my ideas and effort for this, someone feel free to add more!

I went ahead and did this with a computer. Of course, @Gareth had already done it by then. I can confirm his answer of:

Here's a computer-generated version of the graphs:

Old answer and salient warning about trying to go through things systematically before coffee: 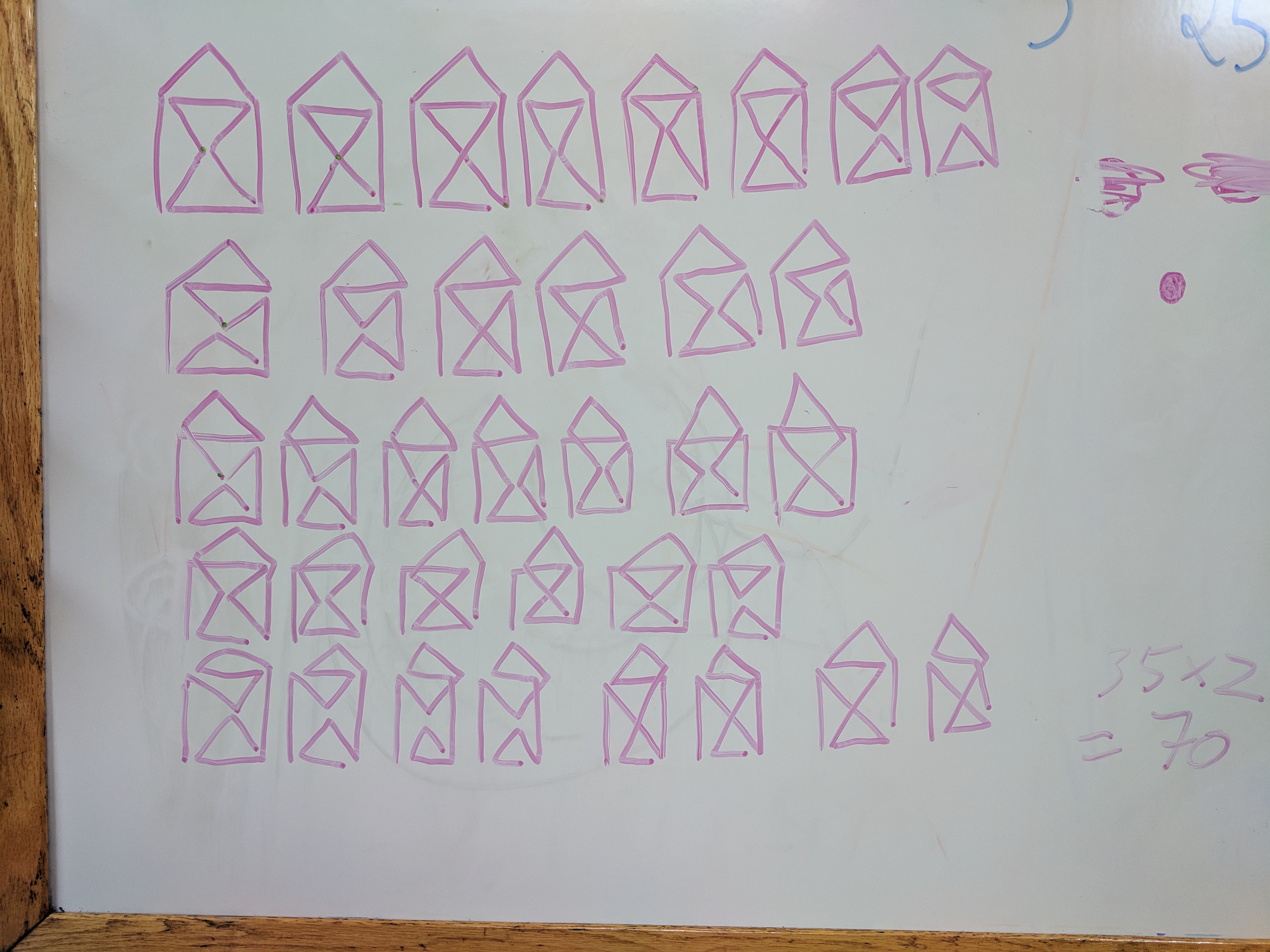 Infinite. You can fold the paper, use other papers to traverse onto and off of, etc. 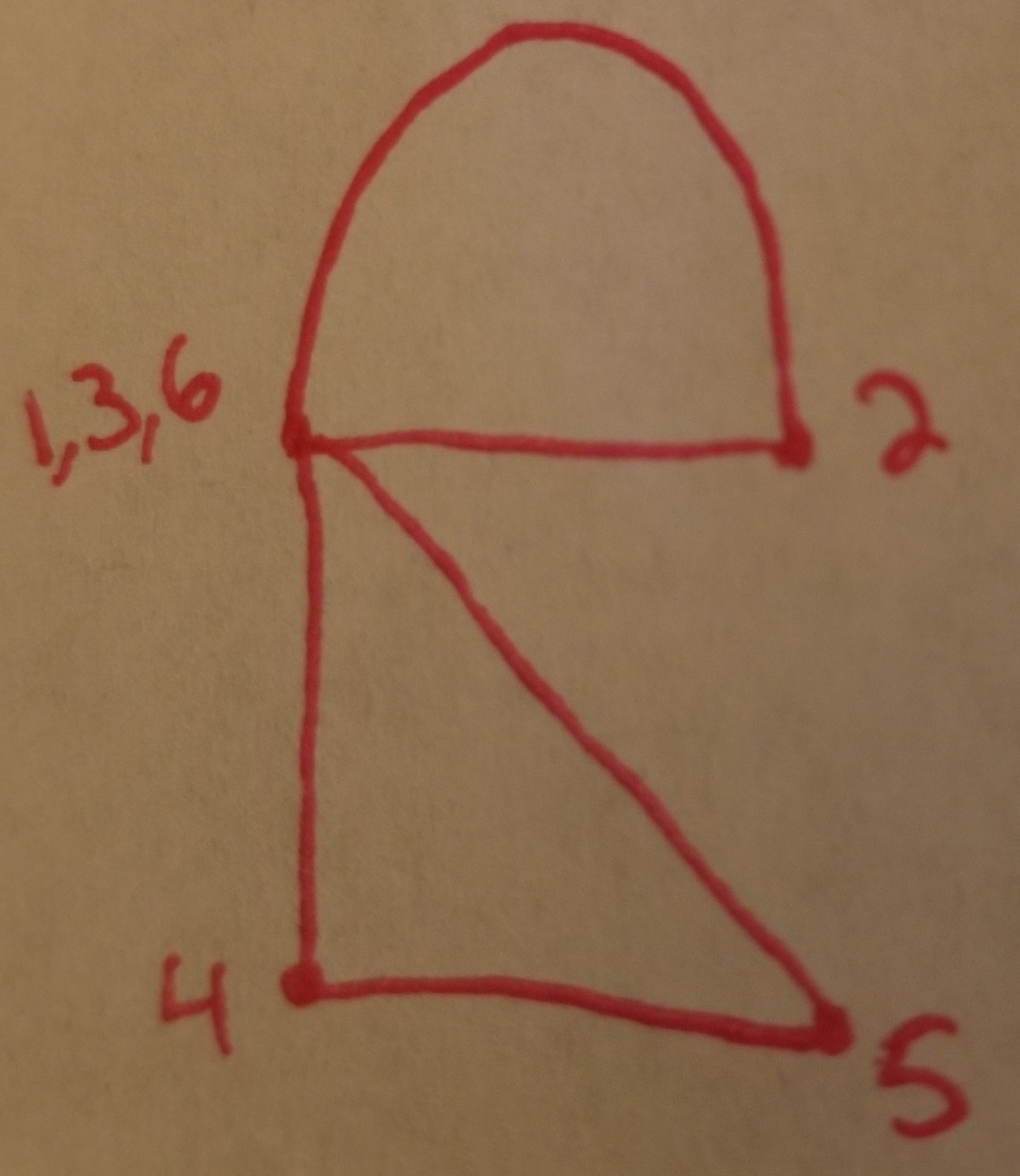 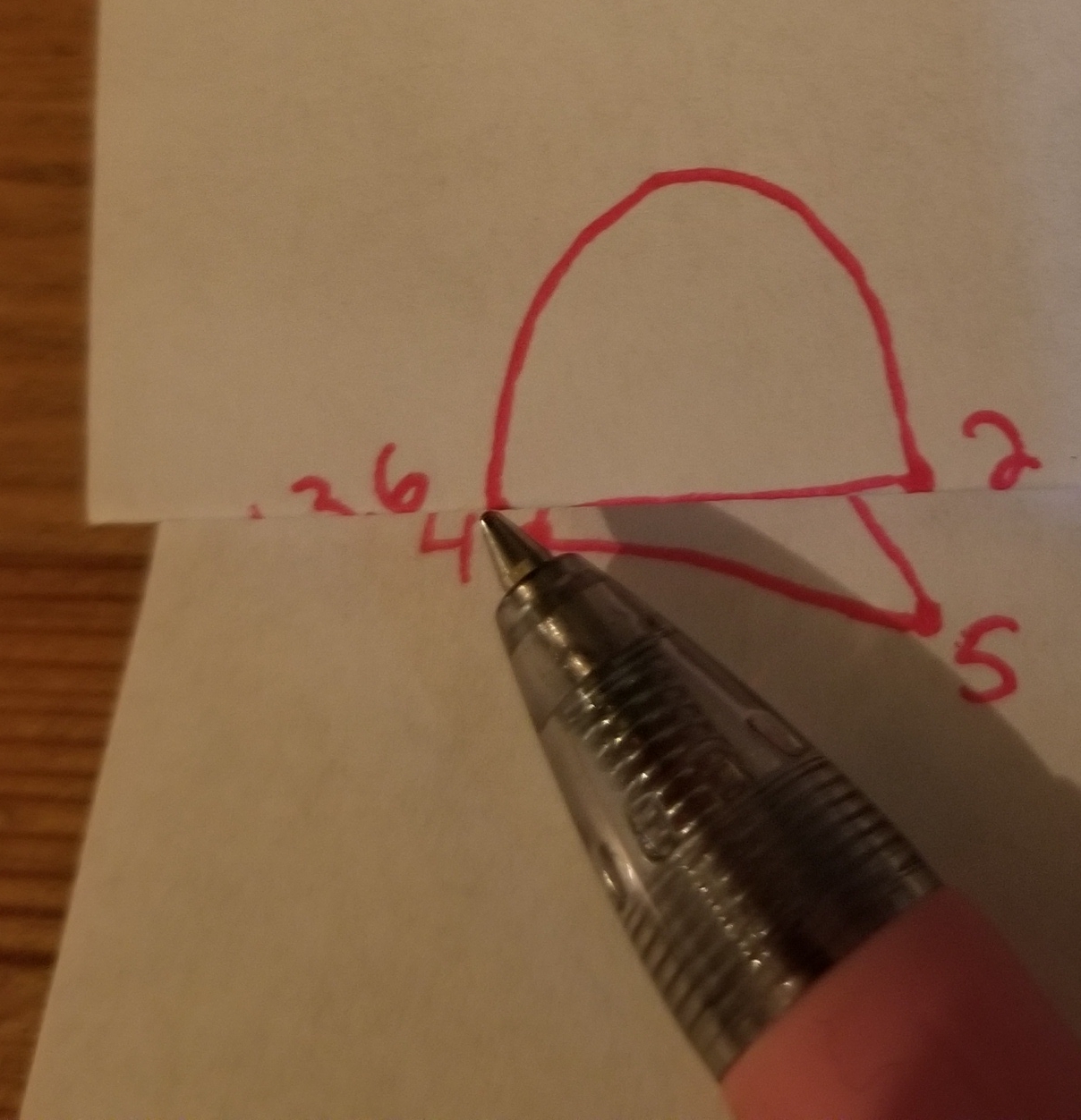 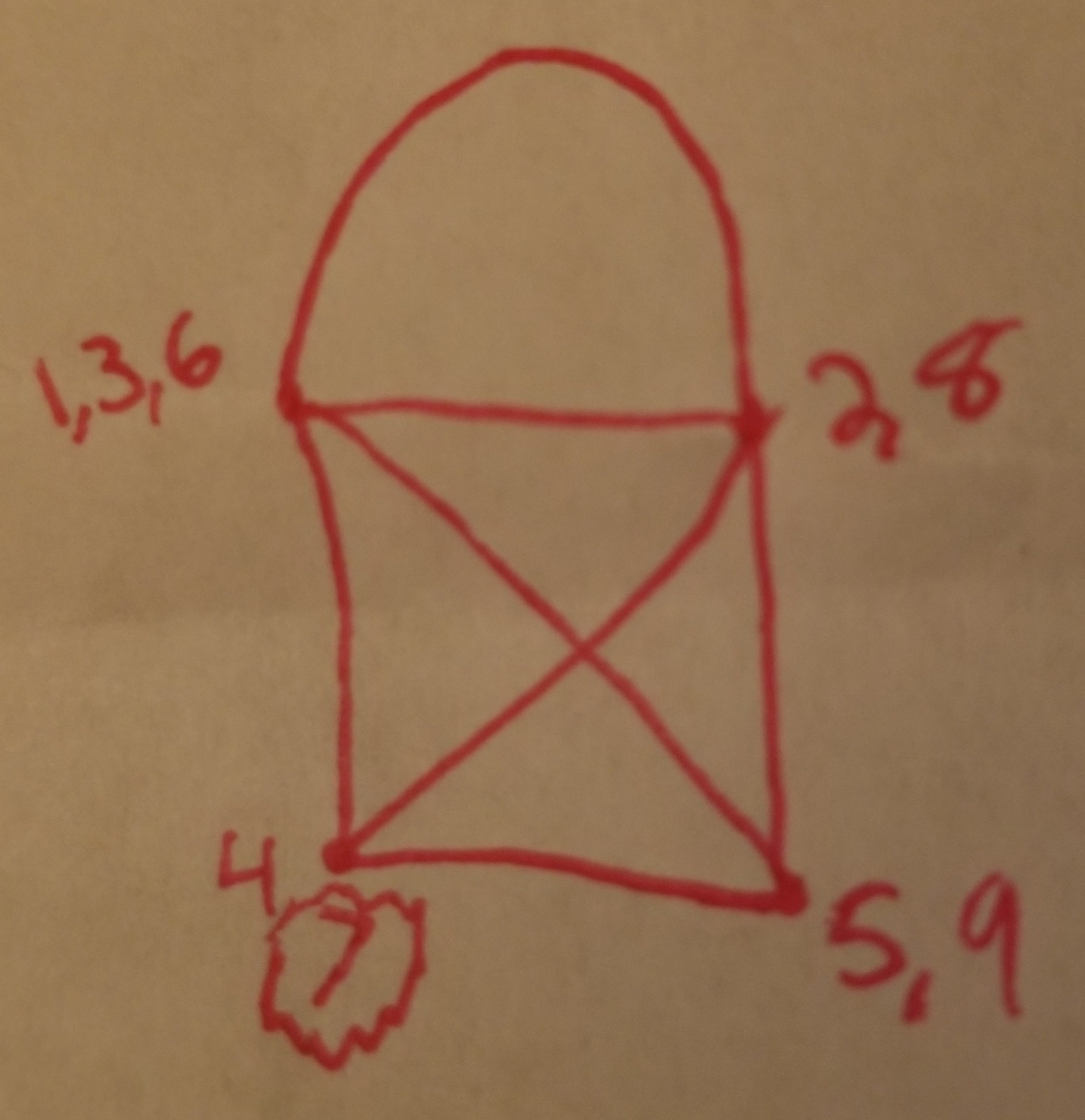 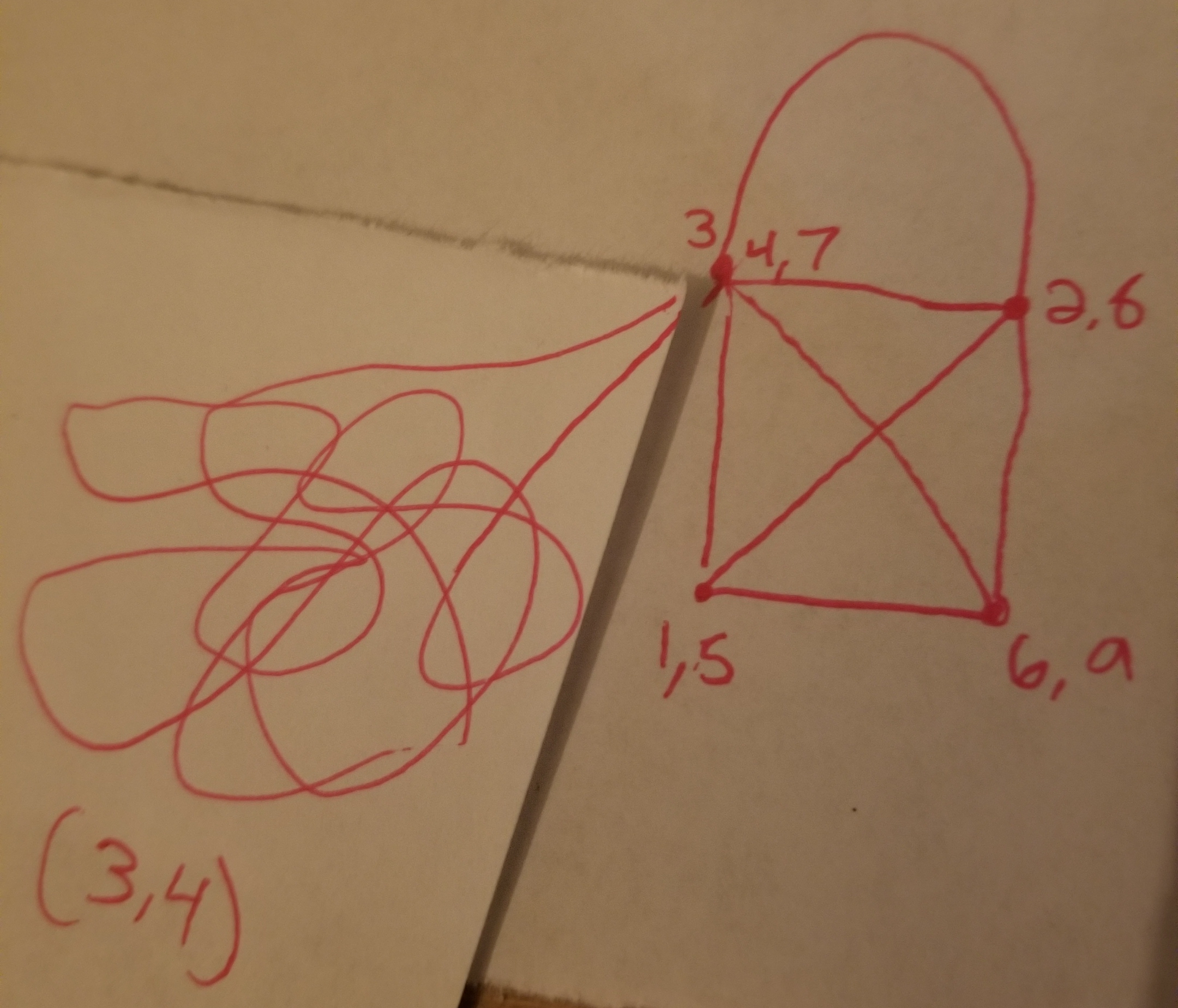 The rules do not make such a strategy illegal, therefore such a solution is valid. :)