If we assume the classic balance puzzle (Twelve balls and a scale) is phrased like this:

Can you design an object that could properly be called a "balance scale" that could solve the above problem with a single weighing instead of three?

Obviously any such object is a far cry from the intention of the original problem, and may be hard to draw or describe. I just think us Engineers deserve a little fun at the expense of of you math-riddle folk sometimes.

Part B and Part C will contain something like spoilers as to the two ways I thought of answering this, so if you want to take an unbiased stab at this, I would avoid those for now.

And before anybody mentions it, coins are always better than "balls" because they don't roll off the table and get lost under your desk. It is befuddling to me that so many people do these puzzles with balls.

I have a fun solution:

We can use the idea of water pressure to solve this question. Imagine a mechanism with 12 pistons each with water inside. The 12 pistons are connected to each other. Now, place a coin on each piston. Due to a difference in weight, one of the pistons will be at a different height from the others. This allows you to identify the counterfeit coin, and also whether it is heavier or lighter. Technically it's a 12 pan hydraulic balance. :)

Another answer, which is probably closer to what the OP intended:

One could think of just extending a 3-pan balance to a 12-pan balance by just adding 3 equally spaced arms into each gap, so that we end up with arms spaced by 30°. 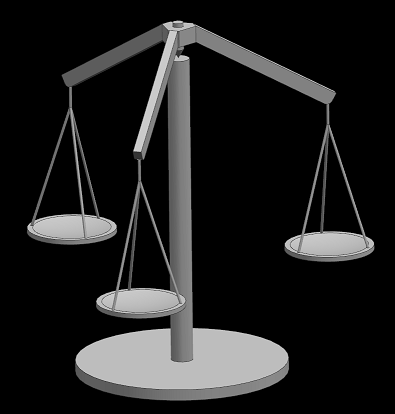 The problem with this is that

you can't distinguish whether one coin is lighter or whether the coin on the other side is heavier. This results from the symmetry of the balance. Hence we have to create a balance without any pair of coins lying on opposing sides. This sounds like the balance could never be balanced, but the 3-pan balance is an example which fulfills this criterion and is still balanced (if all coins are equal).

12-pan balance fulfilling the criterion out of it, we can just add the additional arms in other angle combinations than (30°, 30°, 30°). To make sure that at the same time the balance is intrinsically balanced we can group triples of arms to regular 3-pan balances. As long as they share their center of mass the whole construction is balanced. In the following drawing the triangles representing the 3-pan balances are rotated by 15° relative to each other, having the coins sit on the corners of an imaginary 24-gon. 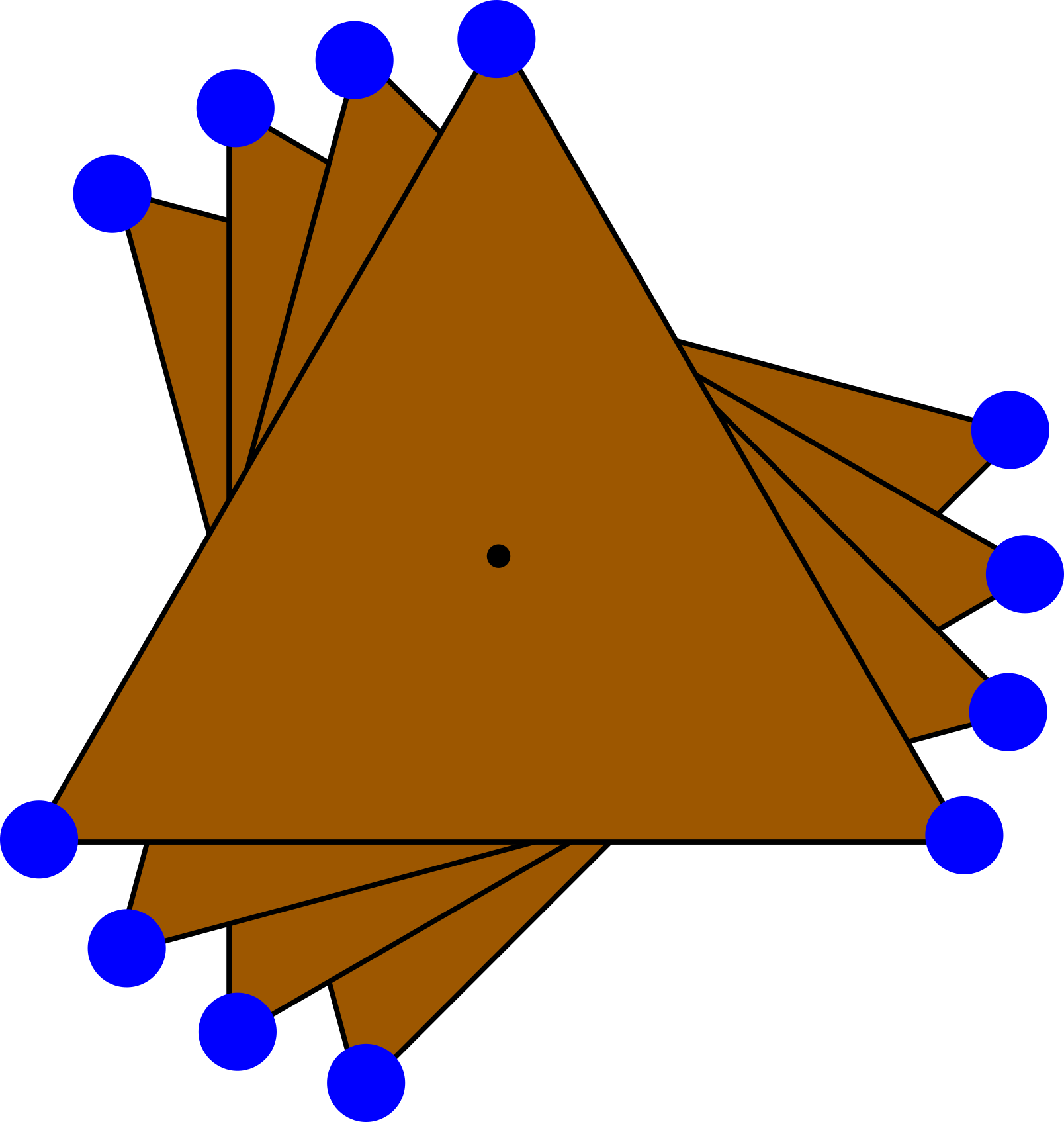 This might be not what an engineer likes to hear, but

one could go to outer space (no air friction, no graviational potential) and form a equally spaced ring out of the balls/coins. 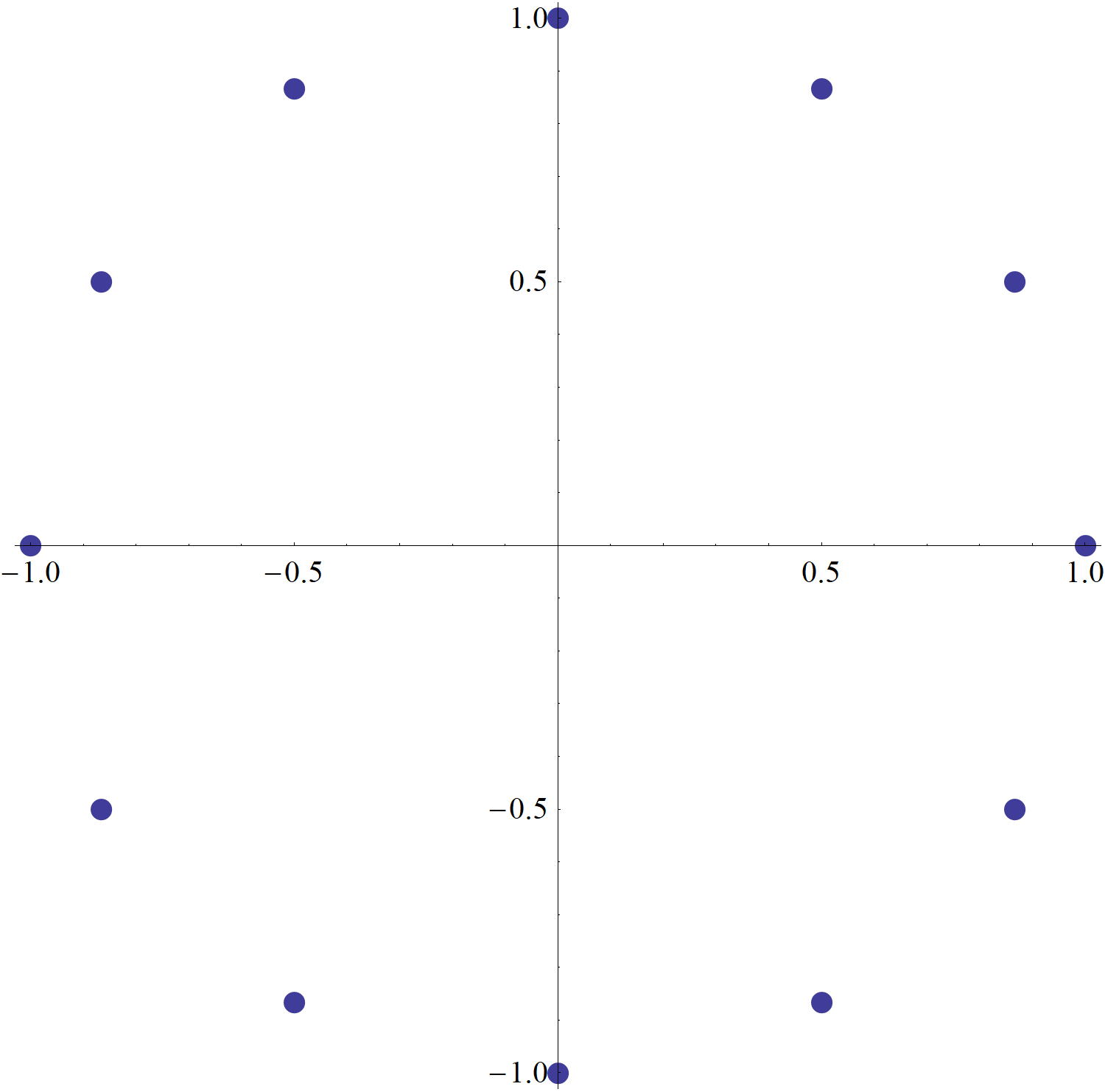 the counterfeit one will break the symmetry of the center of mass of the circle.

If the counterfeit is lighter than the rest

the circle will contract away from it 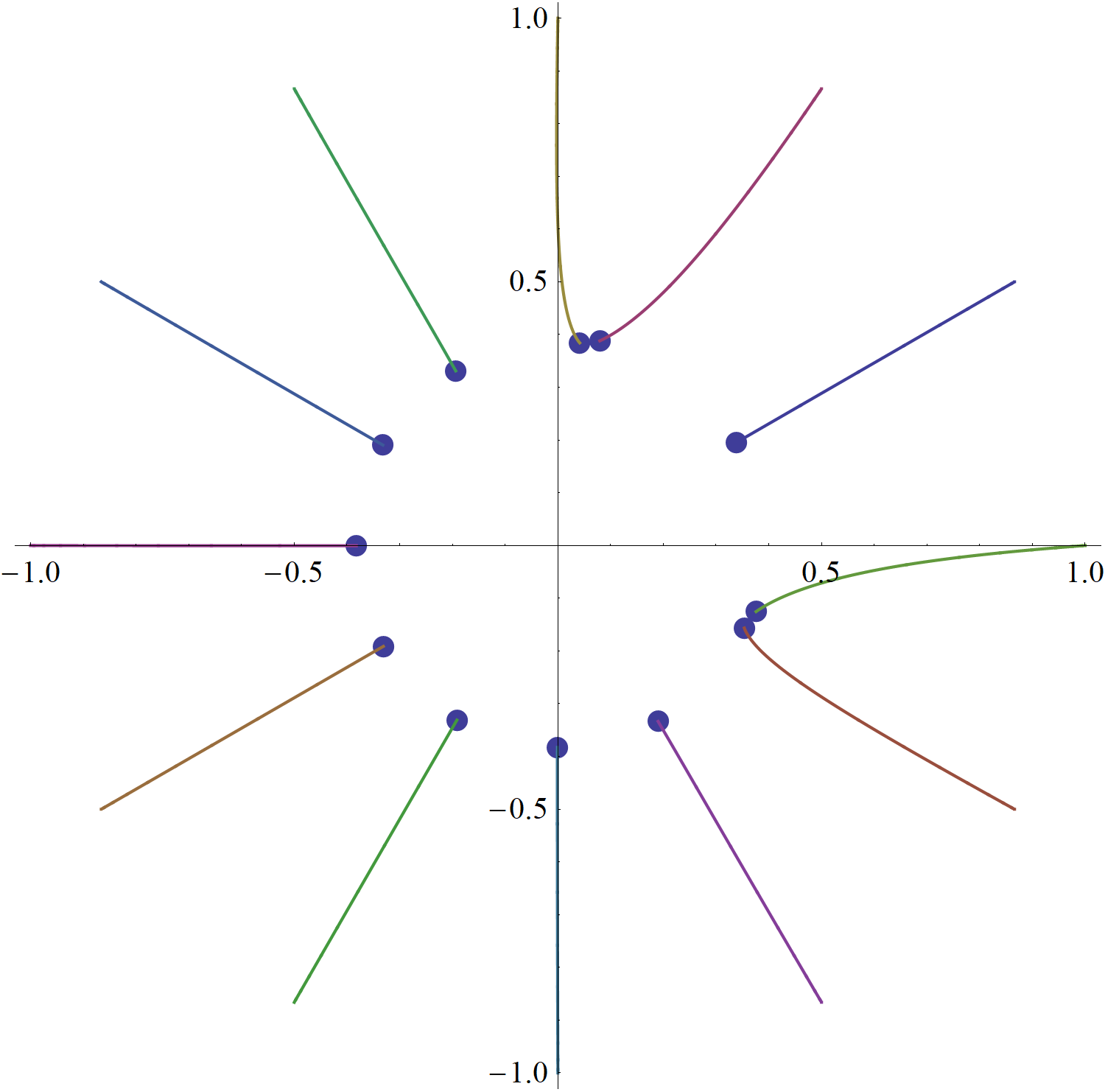 it will contract towards it. 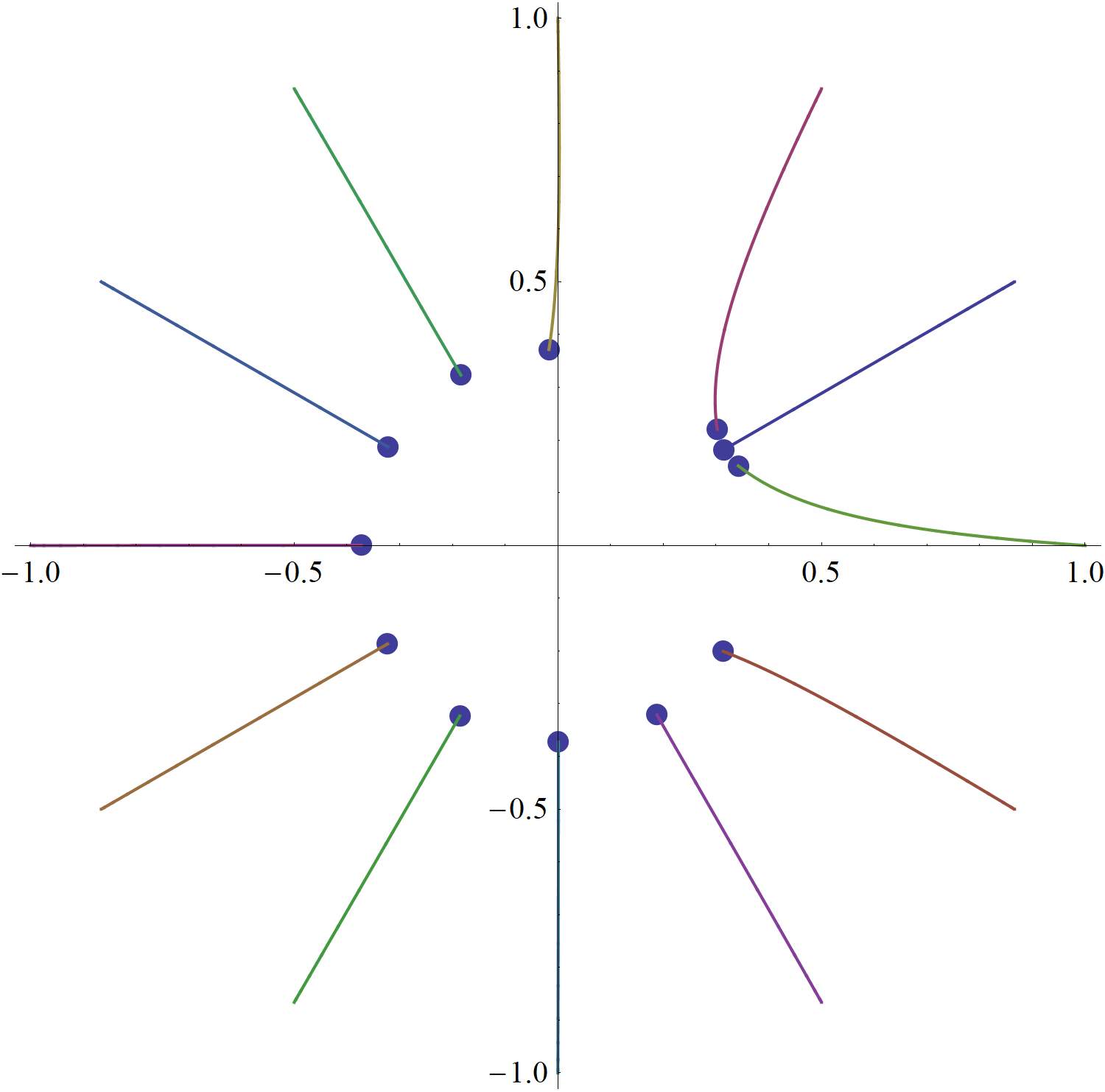 You could have some kind of

Metal tube with 12 springs attached to it and a plate at the end of each spring. The heaviest/lightest coin would be the one that's lowest/highest

for example you can obtain

Not the answer you're looking for? Browse other questions tagged weighing physics or ask your own question.

63
Twelve balls and a scale