Yesterday, I intercepted a message encoded in Morse code, but, because I was extremely tired, decided to wait until today to decode it to plain text. However, when I looked at the piece of paper I had written it on, I could not make heads nor tail of what I had written.

I know that the square is a dot, the dash is a dash, and the slash is the break character (used both between characters and between words).

For instance, look at the first two characters on the second line: they are both break characters, which you would never find two of in a row - even if it's between words, there would only be one. Then, the final row has seven non-break characters in a row, whereas the longest letter or number only uses five. 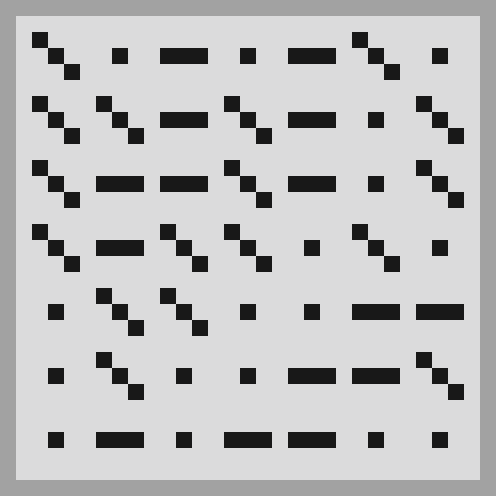 Can you decipher the message?

got your notes rotated. 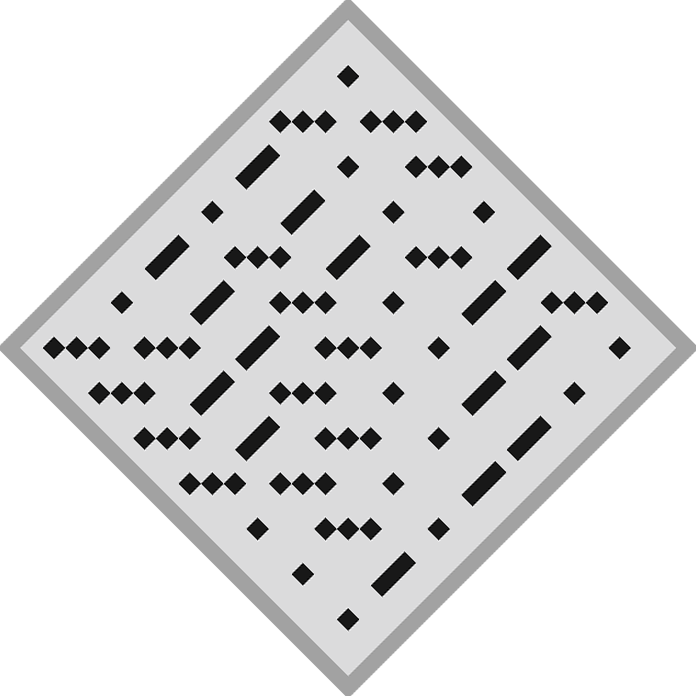 Which means the message is:

written on an angle! (in both senses)

Not the answer you're looking for? Browse other questions tagged cipher lateral-thinking or ask your own question.

40
Break the subsitution cipher with a twist
9
Justice and Fairness: Part 2
11
A love letter - or is it?
66
Unsolved Mysteries: Kryptos
6
Encoding Morse Code
4
The Question Code
20
Old code for the new year
53
My Spying Girlfriend
3
Word Search Cipher