The Lazy Laser Physicist is quite shocked about what happened to his setup over night: 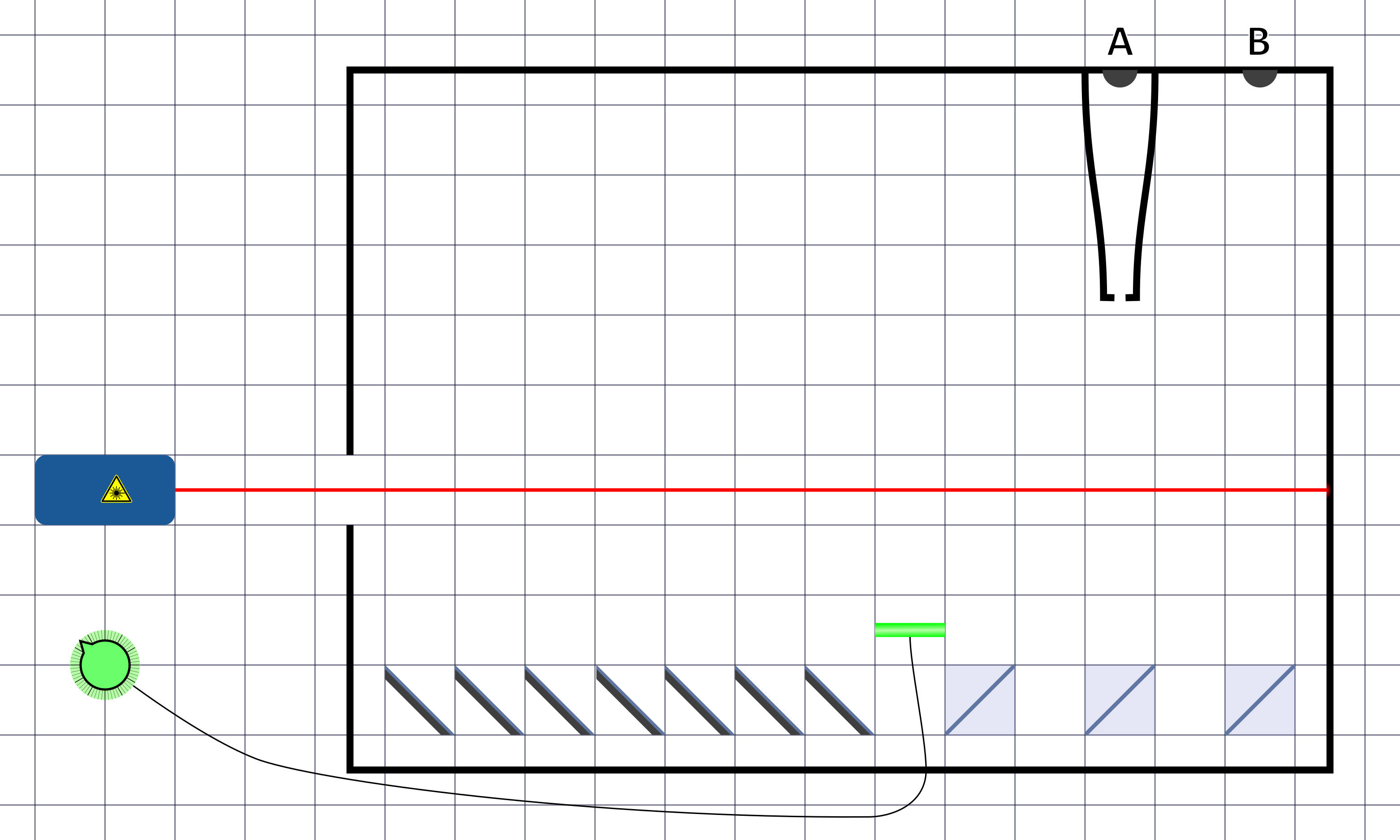 Almost all of his mirrors were taken away, but some other things have been put on his table. Besides these there is also a message:

Your setup was a total mess! I don't know how you could work there, but weren't all these unused mirrors totally in the way? It looked like you had one setup and then changed everything to a different path with possibly the minimal work. I hope you are aware of the depolarization if you use the mirrors at an angle of incidence other than 45°? Here are some things which you can use to reassemble your setup. Because I know you're lazy it also includes a variable phase shifter to change your beam path without moving any mirror.

Well then, let's have a look what we have:

The phase of the electric field changes in the following ways: 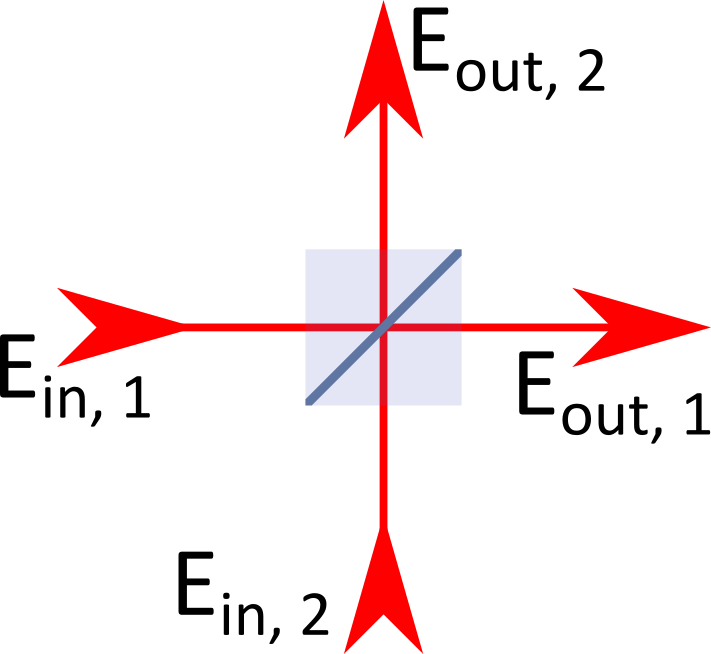 How does the physicist need to arrange the elements to direct the full intensity of the beam onto either detector A or B being able to switch between these two states by only changing the state of the phase-shifter? 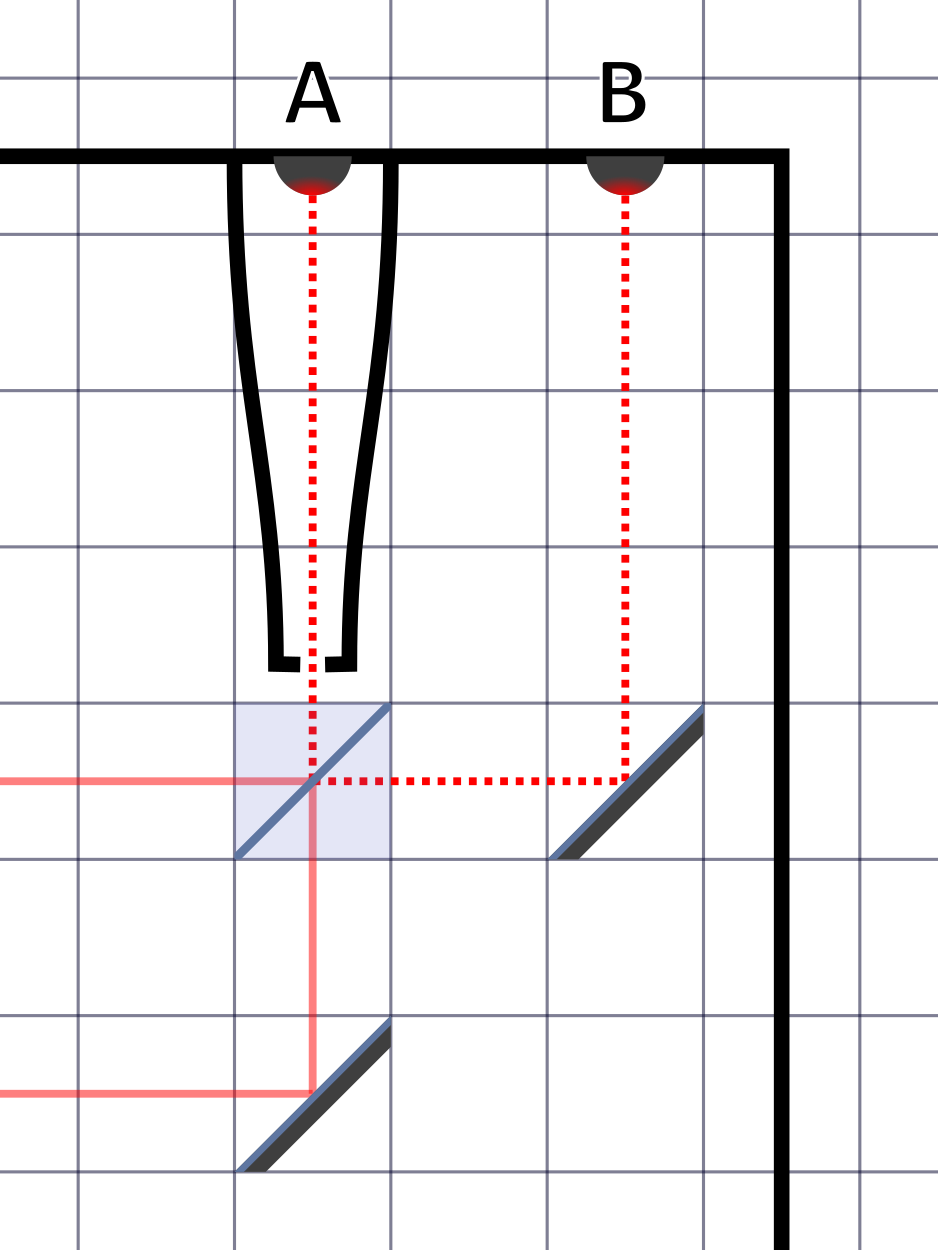 Arrange the rest such

that it forms a Mach-Zehnder interferometer: 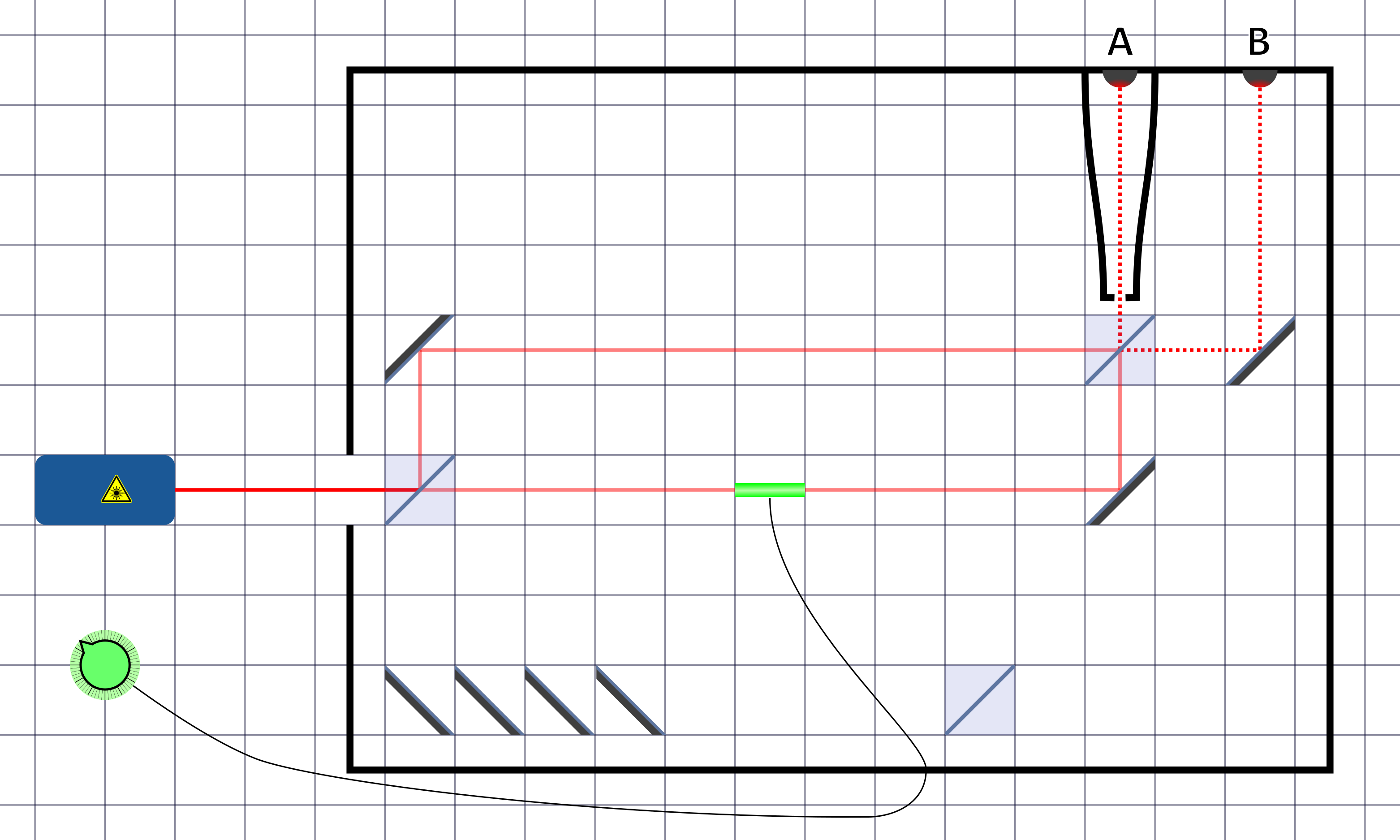 But our phase shifter only has a $45°$ range. So arrange the remaining items

into a ring resonator: 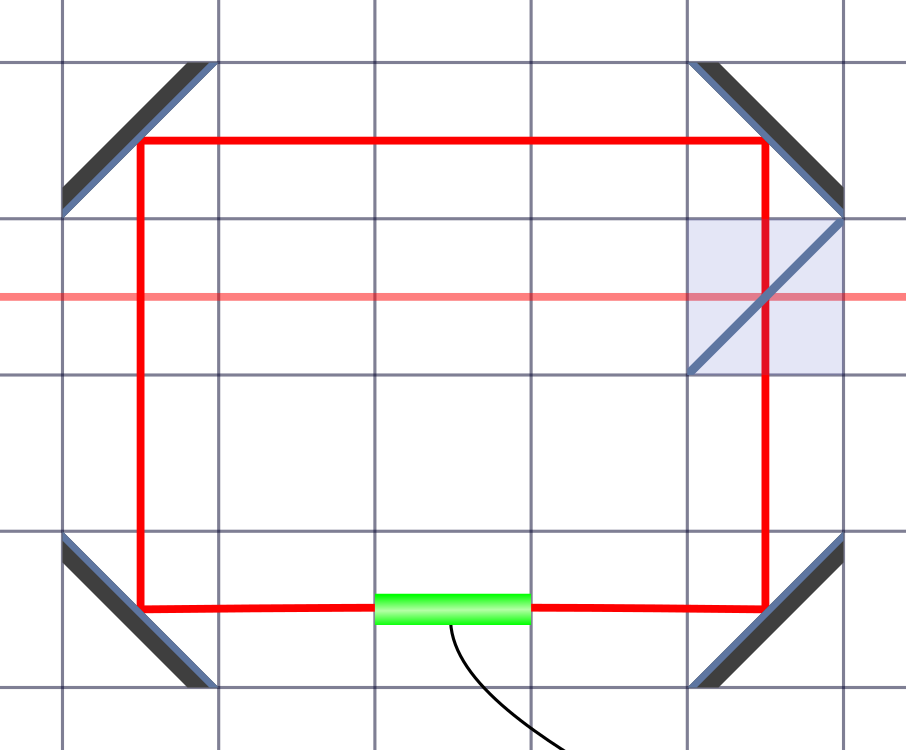 This funky feedback loop should allow us to get a $180°$ phase difference using a phase shifter with only a $45°$ range. Replace the phase shifter in the previous setup with this contraption. 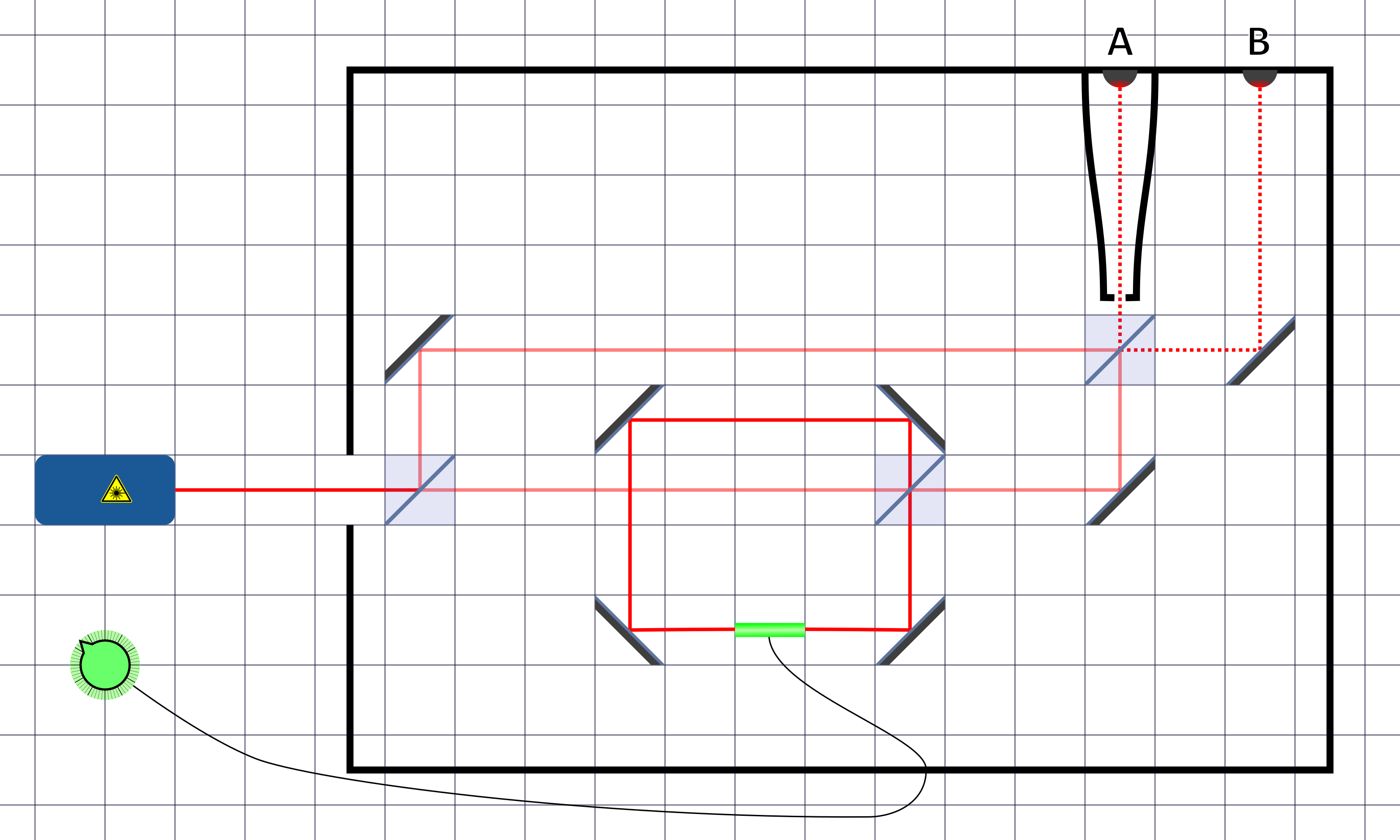 But, before I could finish the calculations to figure out exactly what path lengths we need to make this work, I looked into the laser beam!

[EDIT TO ADD some explanations as to why the above works:]

when two beams of equal intensity and $90°$ phase difference hit a beam splitter, the beam will go in one direction only,

it is not necessary to do much mathematics:

the feedback loop contraption is a phase shifter

mirrors and splitters must conserve "energy"

and this guess actually works: the equations OP gave have the property that,

they conserve the sum of the squares of the amplitudes of the beams.

The physical power of an electromagnetic wave is indeed proportional to square amplitude of the electric field. The proportionality constant is the transmission line engineers' favourite constant, called the characteristic impedance of vacuum (well, of air, which is very close to vacuum as far as light is concerned).

That is how I arrived at the idea, but, I realize the puzzle isn't intended to be physically realistic. (Each grid square is one laser wavelength? That's really small!) So my answer won't rely on that. It will follow from the equations OP gave:

[EDIT: previous answer fell into algebraic voodoo at this point, but it's not necessary]

$\pm 90°$ is in range of the feedback loop contraption

Using OP's original equations and notation (for the beamsplitter inside the ring resonator):

Not the answer you're looking for? Browse other questions tagged mathematics visual physics or ask your own question.