How does one get this solution for this puzzle?

Recently there was a television game show in which the following was one of the problems (this is a screenshot of what was shown): 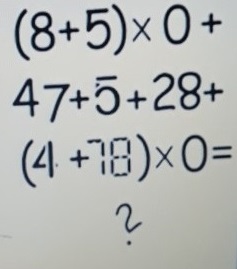 This appeared on SIC, a Portuguese television network. The only clues were:

Naturally this can be interpreted in many different ways, which is how the game works, with people guessing the method involved to solve it. However, after multiple guesses with no one getting it right the solution was finally revealed to be:

Unfortunately, no explanation was given for this solution and even after knowing that this is supposed to be the result I can't understand the logic used to get to this number.

What method can be used to get this number from that picture?

They promises a fat money prize for the first person to guess it correctly.

Since what they want the most is audience, they must ensure that nobody guess the answer in just a couple of seconds. This way, they could run the show for some long time, getting attention from their spectators and occasionally showing them their ads and sponsors.

They will reaffirm frequently that this is really a great opportunity to get rich very quickly and very easily and that you shouldn't wait any longer! Get the phone, and call 'em right now before someone else gets the money! You just need to tell a single number and nothing more!

A lot of people will try a lot of possible answers because they all want to take the prize and get rich.

Then here is the secret:

No one will find the answer because there isn't any answer. They will just register the numbers that people are guessing in a database and tell them: "Nay! Sorry, that isn't the right number. Bye!".

21
Emeralds bet - A round world
12
A Puzzle Where Trackers Are Truthless
2
Two-Button Idle Game
30
Parallelisation
7
How does this equation hold true?
3
Hiker's Cabin Mystery | Pt. XIV (we skipped a number, I know)
9
9 students, 9 clues, 1 solution
18
Bar trivia is heating up
11
The Heart of the Matter, a Sergeant Sequence mystery (fan-fic)
6
The Pub Quiz and the Passion