True or False? Test it out!

This is just a story made up by me for the puzzle. This is NOT a real assignment. Therefore, please DO NOT close this question. Thanks!

So, one day, my Science teacher, who loves giving us challenges and IQ questions, gave us an interesting piece of homework. He gave us a worksheet, as follows: 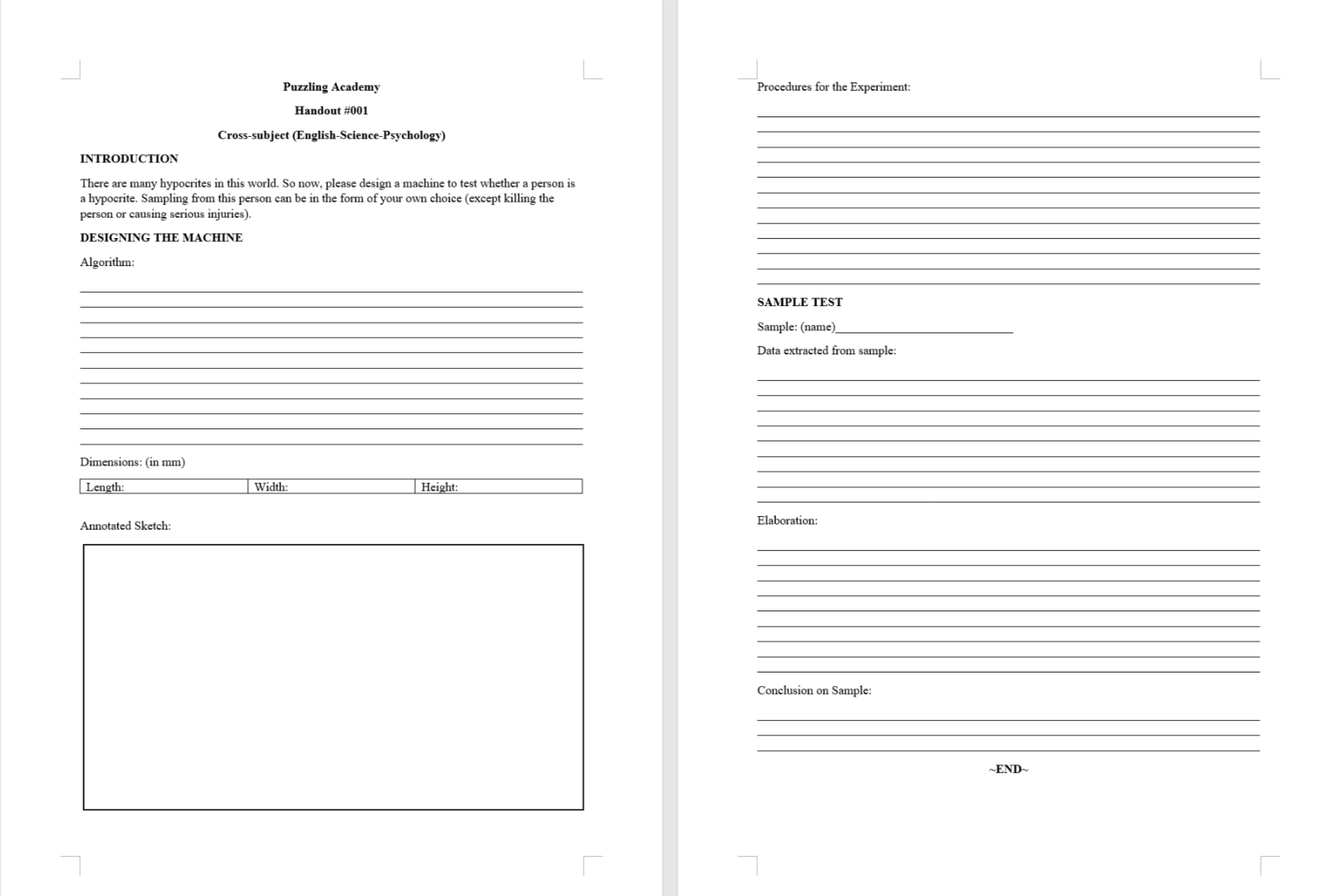 As I was wondering what on earth was the teacher about, I found that a note was attached to the worksheet. It says:

This handout is worth 100% of your term grade. There needs to be ONE word written into ONE of the fields, and the others can be left blank. The word is already worth 100% of this assignment. Here is a hint:
My head is fancily below,
My body is definite, not a random thing, bro!
My tail can be enormous or nano,
And only with me, true or false, you will never know!

[Inspired by @WAF who interpreted this as a Riley-style riddle, and was close on the infix]

My head is fancily below

My body is definite, not a random thing, bro!

the, the definite article

My tail can be enormous or nano,

And only with me, true or false, you will never know!

My interpretation of the worksheet is

I will write the word in the alogrithm field. Or maybe the procedures field? Anyway, the point is, my method is just to guess. Thus the hypocrite is ME, there is no scientific process here at all.

Going out on a limb here. Under "Data extracted from subject" put in

nethistory, as in collect the data from the subject's Internet usage, which will reveal opinions or statements they've made in the past and how consistent they are.

I interpreted the note as a Riley-style riddle, and got

My head is fancily below,

neth(er), as in "underneath" and "Netherlands"

My body is definite, not a random thing, bro!

this, the singular proximate definite article

My tail can be enormous or nano,

story, which ranges in magnitude from the epic to the utterly tiny, especially in the context of 'net-propagated information.

And only with me, true or false, you will never know!

Of course, one could look all day at what a person's online activity and still have no idea whether the things they represented were valid, but they would at least reveal how much internal agreement there was for the individual.

"Complain." in the Algorithm box.

The person will complain about things they don't like, therefore allowing you to see whether any of those hates are hypocritical.

Not the answer you're looking for? Browse other questions tagged wordplay enigmatic-puzzle story science or ask your own question.