Like in my fifth part, I'm searching for the name of an anime. There is no knowledge about this anime needed to solve it, but it helps! I hope you have fun :)
This time I made a rebus riddle: 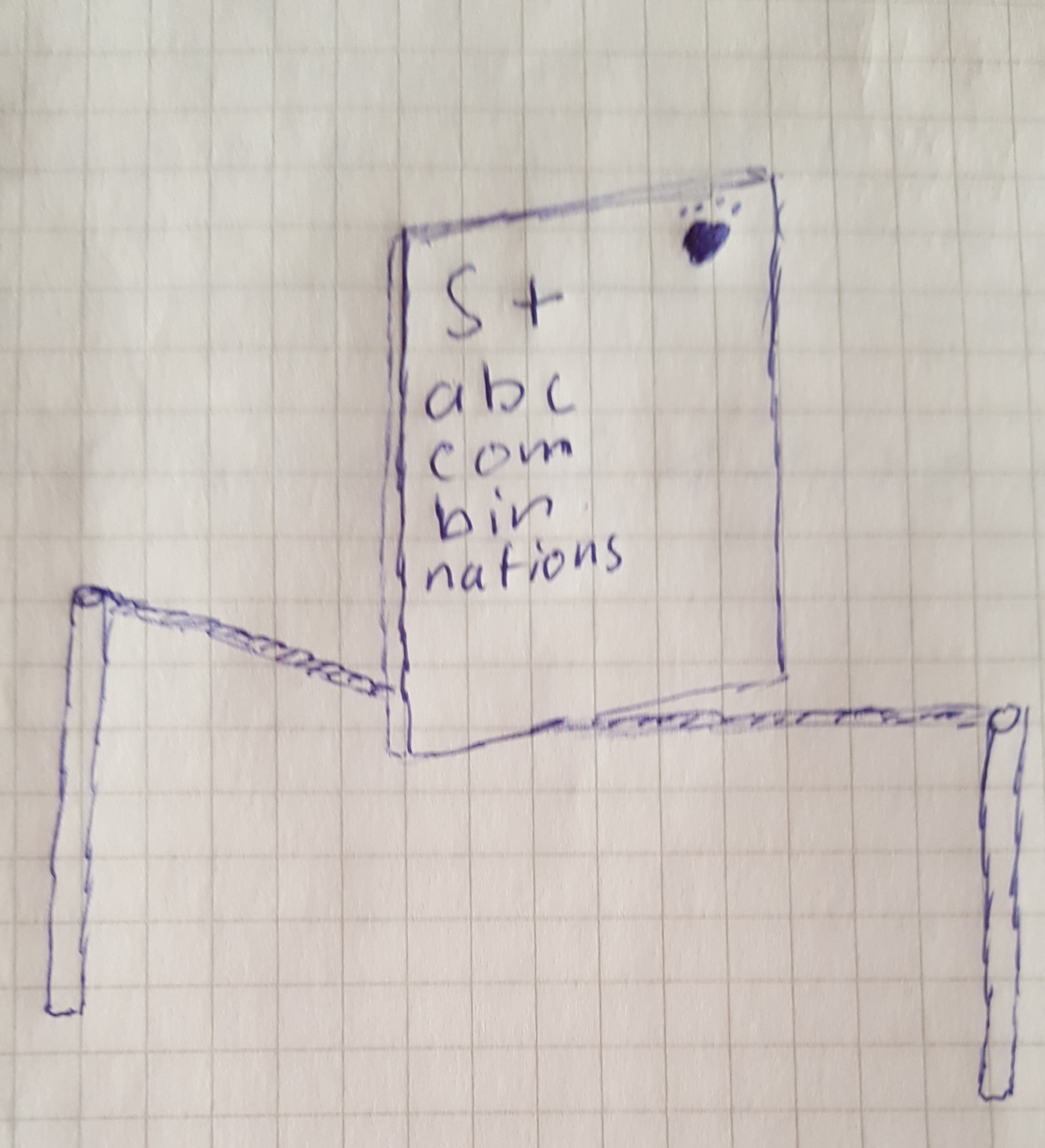 I may be wrong about how I reached the second word, but I still think the answer's correct. Relatively simple, but I prefer this one over your others so far as it feels more puzzley. Keep up the good work! :)

Alright, well let's just throw one out there to get the ball rolling:

1. S + makes me think of super
2. abc combinations: Iterations of dragon ball have used letters to denote series differences (z, gt)
3. combinations could even refer to the teams made up in the later half of the series.
4. The bear (?) paw: well, seems like an animal paw. Anthropomorphic animal characters are popular in this series, particularly those originating from the other universes.
5. The whole act is walking a tight line/rope as the majority of the important decisions throughout the series have tremendous impact on earth or the other universes as well.

However, this answer may be reliant on knowledge of the show, which the question states is not necessary. I don't know how you'd figure out which anime it is without some knowledge of it though. Either way, hopefully the takeaway from this is at least some useful interpretations of the rebus.