The Faerie Army is coming!

Well, we're all in trouble, yet again. The fabled Faerie Army has come to take over our dimension.

This is the battlefield: 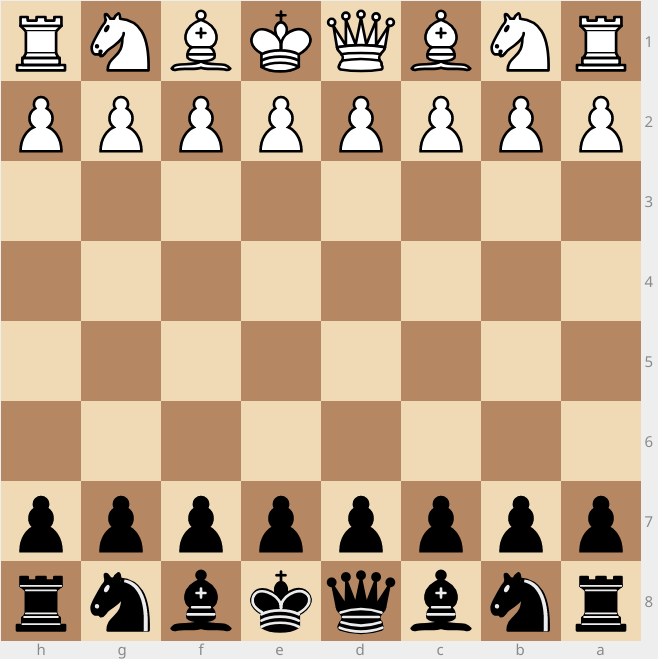 Their pawns move as ours, but they capture the same way (one space in front of them). They can't capture with a two-space move. Due to some ancient curse, they can't move a pawn three turns in a row (whether the same pawn, or three different ones)

Their knights move as a knight, but they make multiple knight moves in the same direction. They jump over anything in their path, but they can't stop (they must go until they literally can't because of the edge of the board.) They capture only if they land on a piece on the last square they would move to.

Their bishops can only move an even number of squares.

Their rooks move like our rooks but capture as our bishops.

Their king moves like our knights, but can't capture. We have to checkmate the king to win.

Oh hey, they just made their first move. 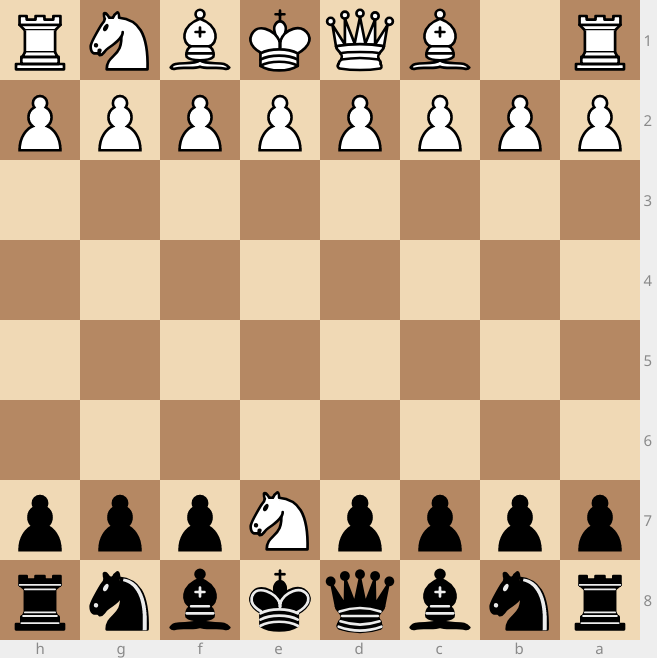 Well, over to you. Can you win or at least draw?

(Yes, you must assume the worst.)

It's possible to mate with 2 turns 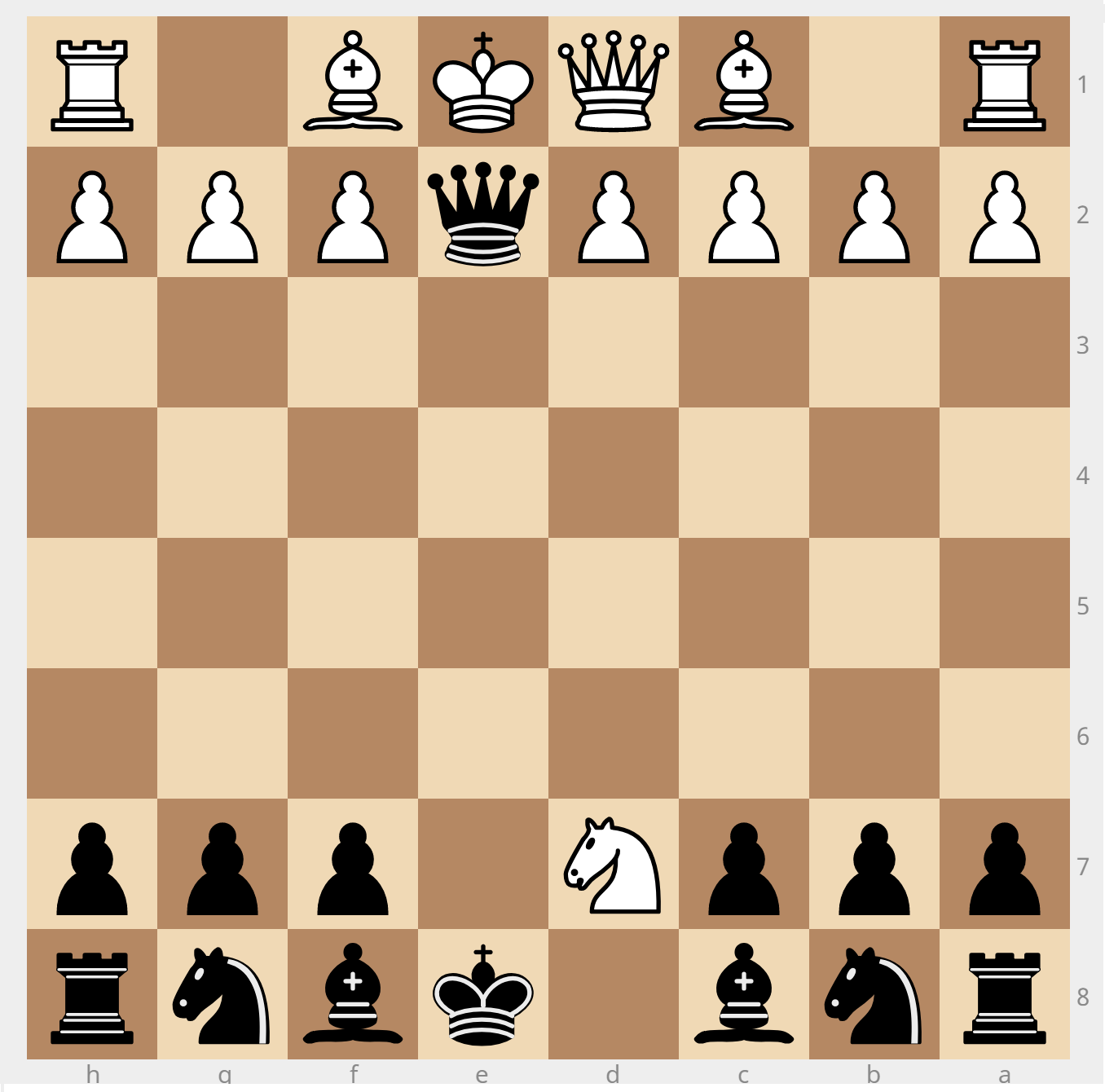 King can't escape,
queen can only hit like a knight
and bishop cant go 2 fields 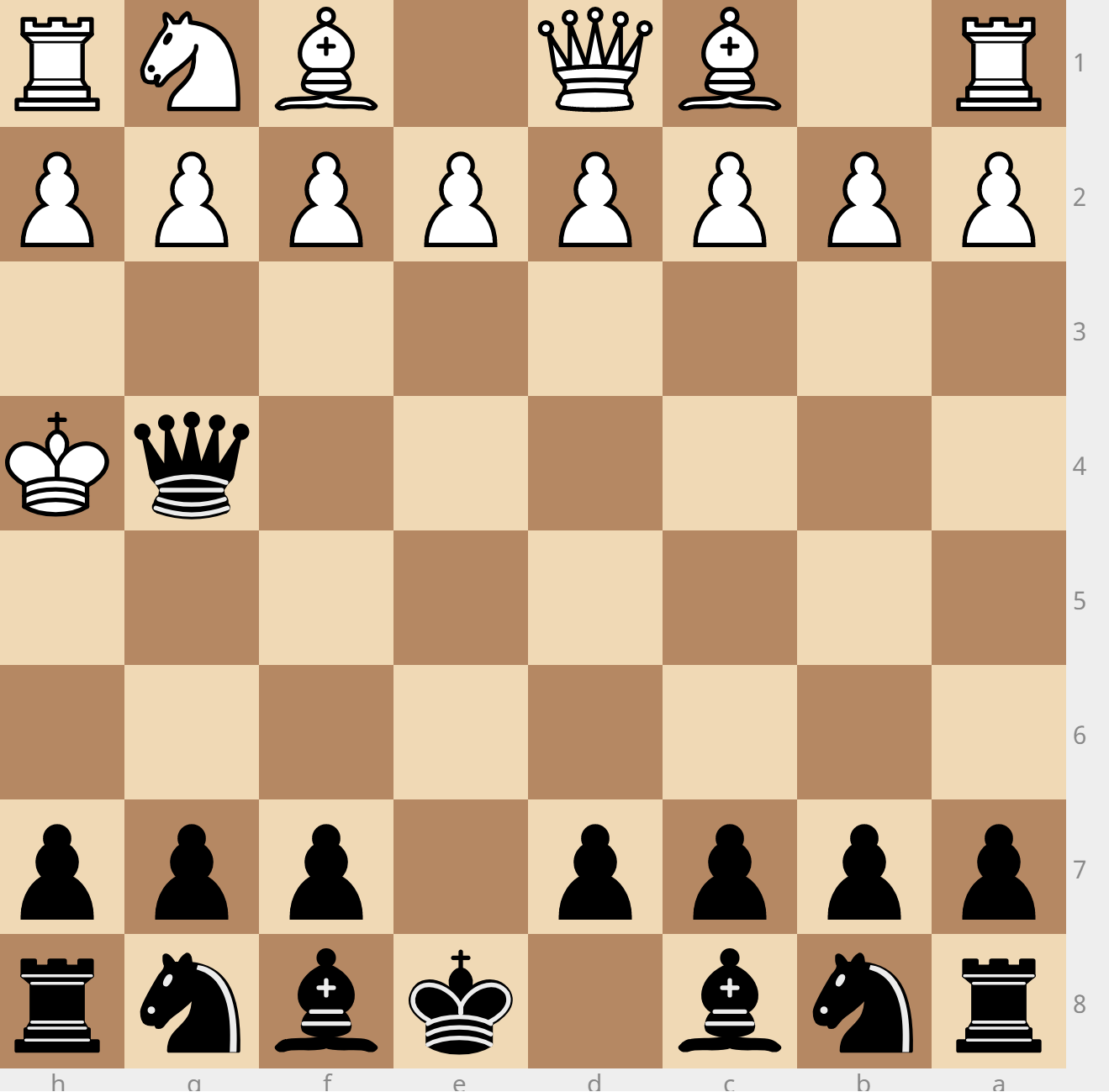 Not the answer you're looking for? Browse other questions tagged chess game or ask your own question.

26
Lions and Zebras on a Chess Board
31
Biggest army on a chessboard
9
Smallest Army on a chessboard
6
The Knight Checker or Football Chess
3
A Fairy Warped Chess Maze
8
The ability-swap-circle chess
7
Halloween chess: Vampires and Zombies and Bats, oh my!
5
Chess Massacre Variants-Play Find The Fastest Way?
4
Doubled Knights redux
5
Can you destroy the kingdom without getting caught?