In Alschen, in 1999, a boy woke up on a nice morning only to discover a riddle on some paper under his bed. He took it to his mother who was shocked. His mother then showed the riddle to all of his grandparents and they were shocked too. His grandma said:

"What is this mysterious thing, is this an obscure object?"
"Yes", the mother replied.

The mother left the house and showed it to all of the neighbours, some were shocked, while others cringed. The news media called the boy's mother to visit and have a conversation. 2 hours later, the boy's mother ended her conversation with the news reporter and left to return to the boy's home, still very shocked. The boy asked

"Why did you just take a riddle thing to the 'out'?"
"Because, uhh... I just accidentally forgot it because of nature" replied the mother.
THE END

The image of Riddle of Alschen is here below: 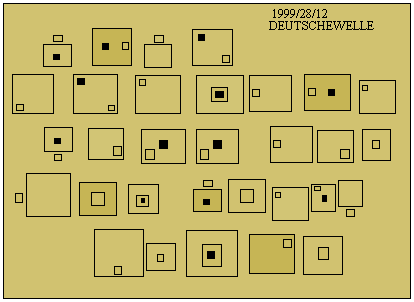 What did the riddle say?

- Elementary, my dear Watson! The culprit sent a boy a grim message, encoded with the substitution cipher, just like in the "Dancing men" story. But, as we have too little of statistical information, we'll have to check for context.

First of all, look at the 3rd word, Watson. It's of form 1233 - not too much to guess here, a poll, roll, wuss or something will do. But if I assume the message says something grim - what would you expect to see in there?
- Erm... "kill"?
- Sure Watson, but even if it was it, we'd still need a necessary "will" before it.
- Oh! So "will" it is.
- Let me see the next word here - it must be a verb then. So "WILL _I_" and I don't believe it's the word "TIE" that we would see in a creepy-pasta like this.
- So... my god, is it "Will die"?! But who, Holmes?
- Patience. Whoever it is, he might already be dead, since it's been over 18 years since. Yet... - Sherlock looks into the memo intensely - it certainly is Grandma (or grandpa, but he wasn't mentioned in the post). Just look at the pattern of the previous word.
- Now it's all clear.
- Not all, Watson. But the data is plentiful.

Sherlock wrote down everything he could deduce by now:

- That... That's not enough, Sherlock. I suppose, we can't solve it with just one lame message.
- Oh, quite the contrary - Sherlock smiled. - I only started. Look at this chart, - he started scribbling the chart, then laughed halfways and made another one, better. 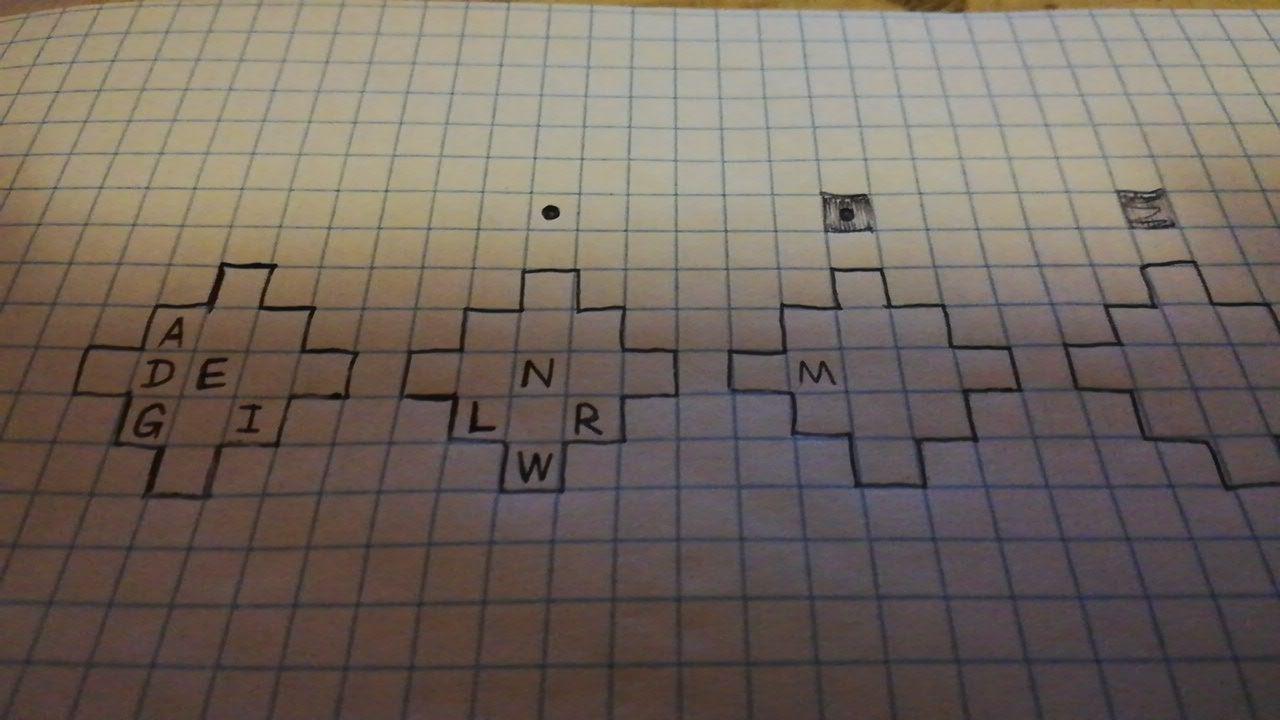 - This is what we deciphered so far, place in grid represents the square - dark, light, with or without dot. What can you tell so far?

- One of them contains alphabet. Probably the other should too, but...
- But I made a mistake paying attention to the tone of the square. Just looking at the dot gives us exactly 26 positions. Also, let's write the alphabet in the first. 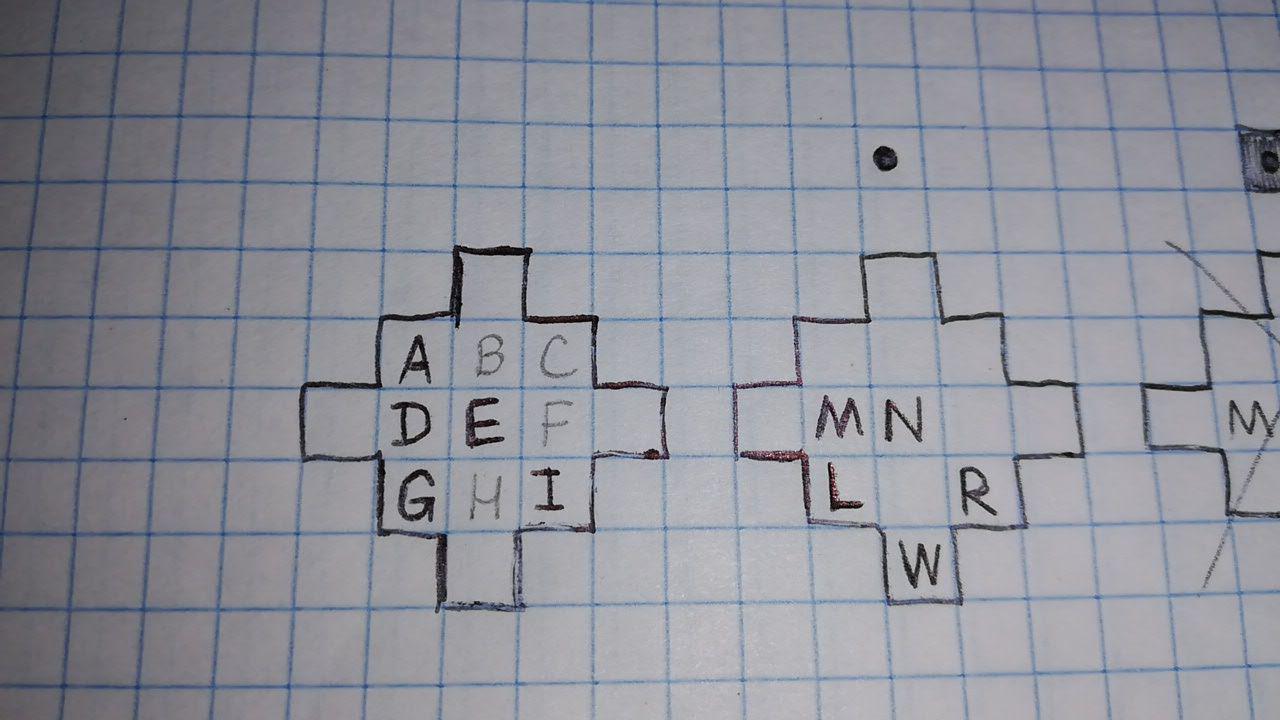 - Ok, now I get it. It's "Your grandma will die ten years hence". Hell of a threat here.

- Actually, if I understood the cipher correctly, it's also written with mistakes. See for yourself: 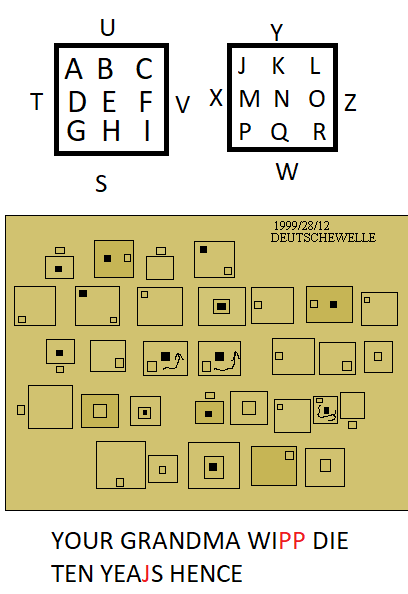 - So is she still alive?
- Who knows, my friend, who knows. She was, like, 90 in that year. If she actually lived till 2009th, that culprit has rather prolonged her natural lifespan, than did any harm. Given he actually answered for his words.

Not the answer you're looking for? Browse other questions tagged riddle cipher visual story or ask your own question.

24
The Riddle of Life, to Ease all Your Strife
10
A Question Concerning Alice In Cryptic
49
Ron couldn't quite put his finger on… something?
8
Pirate Blurpwhicks Level
30
The old tinkerer's safe
9
The Basalisk and the Boy of Fire
8
The Boy of Fire: The Final Battle
6
The Death of Violet Hunter
31
Twelve Labours - Conclusion