Oh no! Hallowe'en has weakened the borders between this realm and the spirit realm, allowing some tenebrous nogoodnik to release several ghosts from other universes upon you!

In this cryptic, each of the following (luckily benign) ghosts haunt 6 entries:
1. The Ghost of Christmas Past: I suppose Hallowe'en always was in the past for a Christmas spirit.
2. Napstablook: This DJ has remixed some entries; they now include two numbers, two names (including a Biblical variant), a creature, and an organization.
3. The Box Ghost: Honestly, this guy isn't that scary; he just carries a single box and shouts a lot.
4. Nearly Headless Nick: It's still attached, it just lolls to one side or the other.

(A) For each of the four numbered types above, where the number is n, take the 6 clues and circle the nth letter from the front and the nth letter from the end of the clue. In clue order—across then down—all the letters followed from the front followed by all the letters from the end give a 12-letter phrase; this phrase always clues three letters. From top to bottom, these letters all together describe your dark foe.

(C) The remaining clues and entries are all normal. Taking these clues in order, highlight the nth letter from the start of the clue, where n is the clue's position in the list. These will spell out a final instruction, enumerated (4 1 4 2 5).

(D) Of course, none of these ghosts are real; the actual villain has been manipulating everything you see. Follow the instruction from C to identify the real mastermind behind this ghastly event! 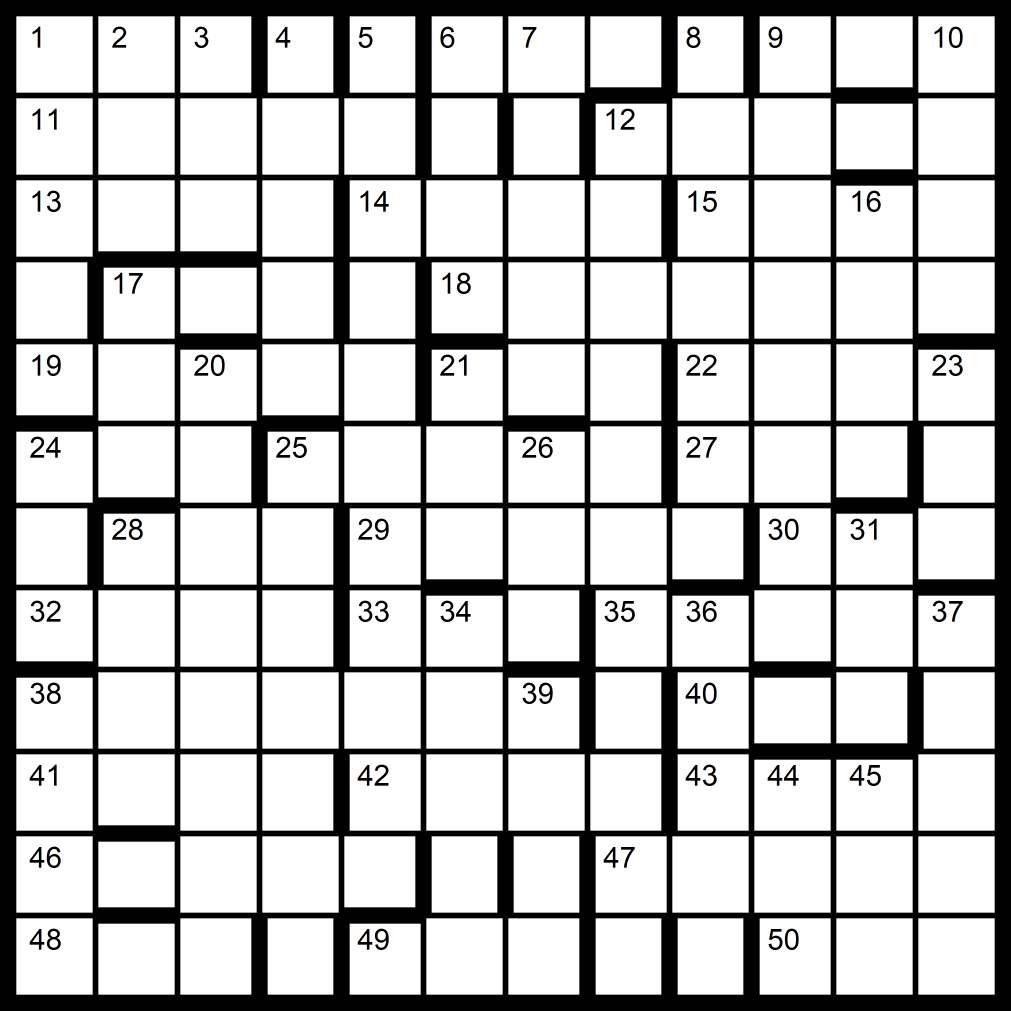 1. Rock genre with blank space and nothing after
6. Demon part for Jim Parsons
9. Item under a jacket for a dog doctor
11. Trade name drug crosses around Overwatch supporter
12. Rough cut arrived with nothing within and is hard by
13. Law and Order: SVU star's work ethic
14. Traditional drink Supergirl slammed back
15. Acquired treat, but missing the point
17. Declare, for example
18. School site is back-breaking; dimwit troubled
19. ♯1/2 step below B on a keyboard
21. Note by road pick-up fliers
22. Behold! In the midst of the west-bound mist, it's a driver's sport
24. Fragment of Tolkien trilogy!
25. <chuckles> Was one given by animal eating lots to start, with gas after?
27. Hurried to one's ear skin
28. Source of power for remote farm teams
29. Muscle out, nearly
30. Forbid half-written quips
32. Picture taker just starts to draw whatever seems, like, real
33. Endless ladder part to travel
35. S.I. unit that carbon spells
38. Pie is the most important thing, almost. Gosh!
40. Airy brightness
41. Creative mother-of-pearl type characters
42. Glue to fix toboggan
43. Menu item for a large bear or medium a tailless monkey imbibes
46. As might be expected of a drunk politician: circling the zoo, throwing up, yes?
47. Kelly's former partner notes private piercing
48. Broadcast equipment from the year 1001, approximately
49. Superstitious sign for soldiers
50. Ripped valuable material from the ground

1. Leaves at the universal speed limit, away from whips
2. Political group after turncoat
3. Essentially, Diego is by no means a musician
4. Ash holders cross some fish
5. A palmy elixir mixed perfectly, but obsoletely
6. In online messaging, it's initially in my memory
7. Thrust almost at a leaper
8. Deliver into prison the short one who says, "Ni"
9. Wrong god in live broadcast
10. Cologne eight back before five hundred one of twelve
12. Story, for one, and one where an inverted nun can be found (two times)
16. Fix hair product in seventh state
17. Cold archer in online game (LOL) is former tennis champ
20. Apt to break down around town patio
21. Likely shortened for bass
23. State shortly on a farm, "Baby got back"
24. Small bit from American football score around current Cirque du Soleil show
25. Modern times really confused 19th-century philosopher
26. Start off card game with first gold
28. Mine and yours sound behind to some Brits
31. Oddly, removing absinthe leads to punchy quality of food, maybe
34. Poehler work, please
36. I am going to stay heard by the playwright
37. Love in or around company for listeners is the last to arrive in the station
38. An explosion's din, four blood groups, .6 mi boxes
39. Start being at odds
44. Silver, or first after time past
45. Kite Runner character's a ring around

The four ghosts, which gimmick entries in some way, act as follows:

The Ghost of Christmas Past:

Turns the clue answer into its past tense.

In one cell, enter the letters BOO.

This only affects Down entries. When entering your answer, do not enter the first letter; it will appear to the left or right of the second letter (which is at the first position in the grid).

The Ghost of Christmas Past gives "HEADS ON L SIDE".
Napstablook gives "CROSSING PAST".
The Box Ghost gives "UNMOVED BY MIX".
Nearly Headless Nick gives "UNDER EACH BOO".

refers to a different ghost's effect on the grid. The "heads on L side" are the first letters from Nearly Headless Nick that appear on the left; "crossing past" refers to the letters where two past-tense entries from the Ghost of Christmas Past cross; "unmoved by mix" refers to letters that stay in the same position after an anagram by Napstablook; and "under each boo" refers to the cells in the grid containing BOO from the Box Ghost.

Here, the cells have been highlighted in the grid: 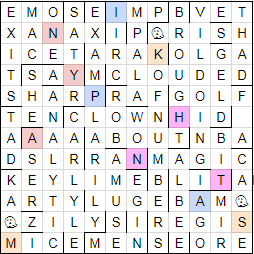 
The extra letters in the Across entries give us a better description: this foe is

Extracting the final instruction as directed gives the cluephrase

READ (A) LEFT TO RIGHT. Going back to section A and taking the letters from "INKY PHANTASM", but this time from left to right, we can see the true identity of the mastermind - ManyPinkHats himself!

[coming when I finish solving the leftovers; I still don't have the following:]