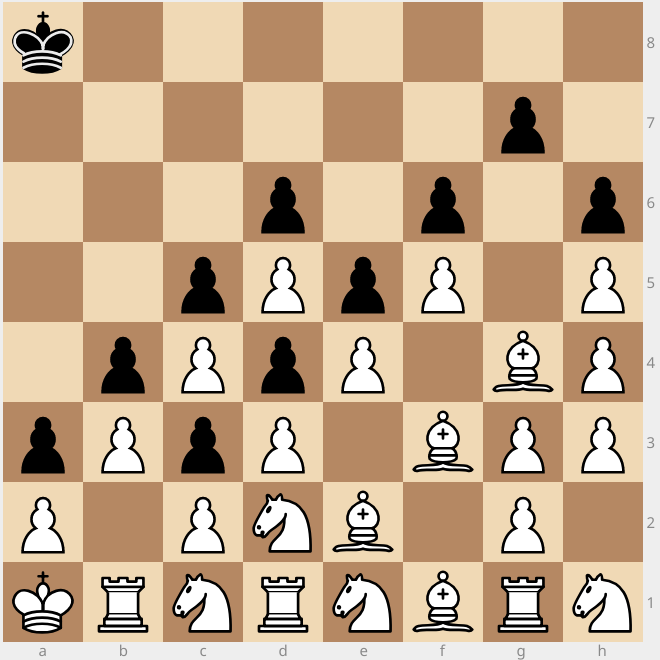 12
Capturing The Shadow King
13
Four free rooks for checkmate
6
The Minimized Dropmate
11
One-sided chess: Can you stalemate yourself?
6
Chess with symmetric move-square
33
Swapping rooks in a 4x4 board
8
Three-player chess on a 7x7 board
25
Chess solitaire: The King's longest walk
10
Chess Construction Challenge #5: Can't pass-ant up the chance!
4
Longest chain of checks and captures