How many hexagonal paths?

Here is a hexagonal tiling, borrowed from Wikipedia. 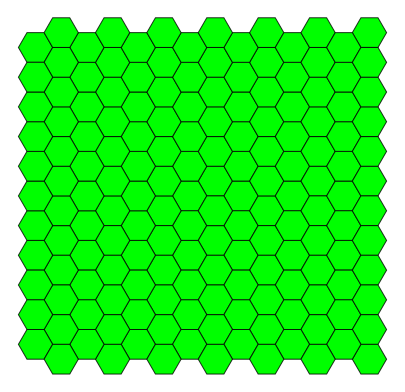 In how many ways can this be done?

Every cell in the first column can be reached 1 way.
Other cells can be reached as many different ways, as the sum of their two left neighbours, giving: 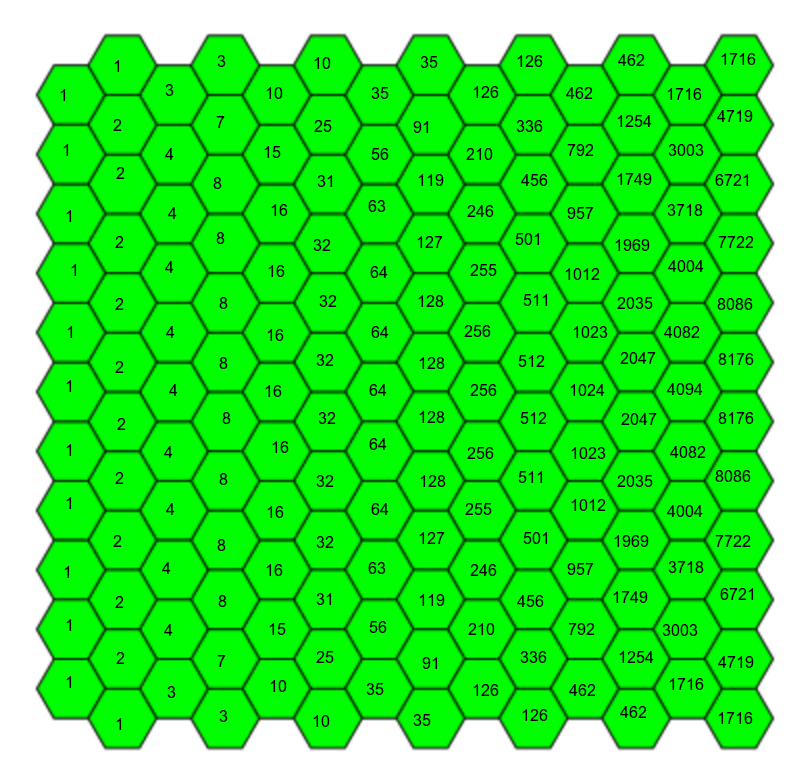 The sum of the numbers in the last column is the answer to the question posted.

Well, I made a Pascal's Triangle-like chart with alternating 11 and 12 columns, and 14 rows, where each number was the sum of the two numbers northwest and northeast of it. I added all of the numbers on the bottom row. It's quite likely I messed up some addition, though.

Next, considering the first 4 columns, each of the paths already determined for the first 3, has 2 more possible destinations, so the number of paths would total $42 \cdot 2 = 84$.
Using these values, I can determine a formula for calculating the number of paths, where n increases by 1 for every repeating pair of columns.
$\Sigma_n = ((\Sigma_{n-1} - n) \cdot 4) + 2n$

Not the answer you're looking for? Browse other questions tagged combinatorics or ask your own question.