This morning, at the coffee corner in our office, I met a colleague who mentioned he'd be joining a chess club. So I asked him: "And, how was your first evening at the chess club?"

"Well, it was a rather short one.", he replied, looking rather sad.

"I had the black pieces. Because I was new, my opponent let me make three moves for free. You told me king safety is important, so I first concentrated on getting my king into safety in the corner. However, after we both made three more moves, I was still mated on the next move."

I thought back to when I showed him the smothered mate. I said: "King in the corner, let me see... did you let your king be smothered perhaps?"

"No, my bishop's pawns were still in their original positions. I still had all my pawns, for what it's worth."

Unfortunately, I had to rush to a meeting, so I couldn't ask him for the complete game. I didn't see him again that day, but on the way back home I was able to figure out which moves were played. That was a sad loss indeed ...

TL;DR: Construct a chess game where

(story inspired by previous questions; the puzzle itself is original)

This puzzle is an entry in the Fortnightly Topic Challenge #40: Retrograde Analysis.

I found this one which I think works: 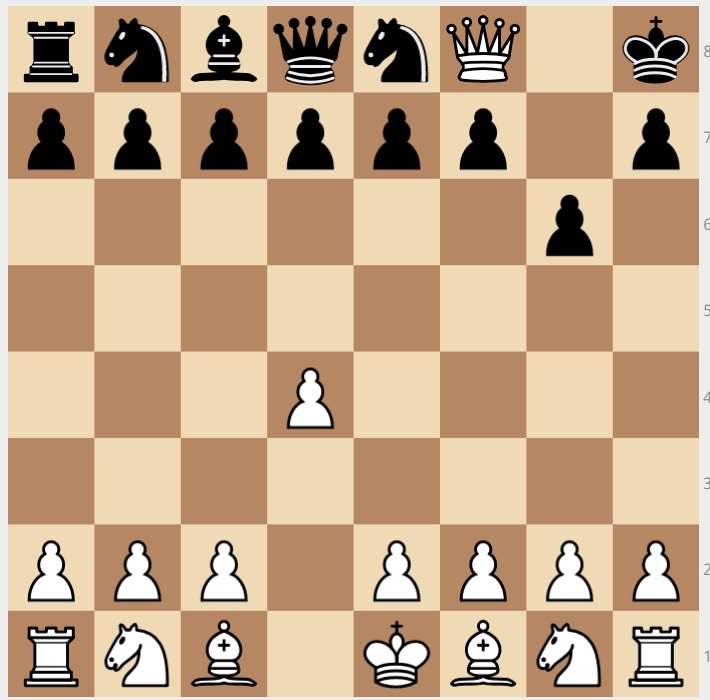 10
Queen & “paralyzed” King vs King
15
Megan and the chess game
12
Get 6 pawns in file A or H
30
Another Easy Mate in 1
12
A Chess Lock Puzzle?
2
Place The Black King Legally-Two Solutions
8
Three-player chess on a 7x7 board
7
A delve into extraordinary chess problems: Selfmate 1
4
Doubled Knights redux