Megan mated by a king move

"Been playing some chess with my husband recently", my friend Megan began, as we sat with our drinks in Coffee Monarchy.

"Didn't get off to a good start, I'm afraid. In our first game, he managed to beat me in only seven moves. I've still got the moves here, for what it's worth."

Megan put her big shoulder-bag on her lap and brought out a scrap of paper from it, but just as she put it out on the table for me, she knocked her coffee over. Several tissues later we'd cleaned up the spill as well as we could. But that scrap of paper was in a sorry state, and the ink had run. Now the only bit I could make out was the very last move:

Now, given that this was the winner's seventh move, what were the moves that led up to this victory?

This problem was invented by Alex Fishbein and published in The Problemist, March 2016. It is reproduced at PDB. The bottom of that page contains links to the PDB site's publication details and privacy policy (in German).

This is an entry in Fortnightly Topic Challenge #40: Retrograde Analysis.

Oooh, that's a nice one. First of all,

a mating move by a king is always discovered check.

Further more, it's a mating move by

Black, because White's king can get to b7 in 7 moves but there's no move left to set up a 'battery', i.e. a queen on a4 which would give mate after Kc6xb7.

I first tried (in vain) to

create a discovered check over the b8-h2 diagonal; it's easy to get the white king to e5, and the white bishop via a6 to b7 where it can be captured, but there's not enough time to weave a mating net.

So it must be

a major piece on c8 giving the discovered check.

It turns out that

we can just clear up enough pawns to make this work

with the following moves: 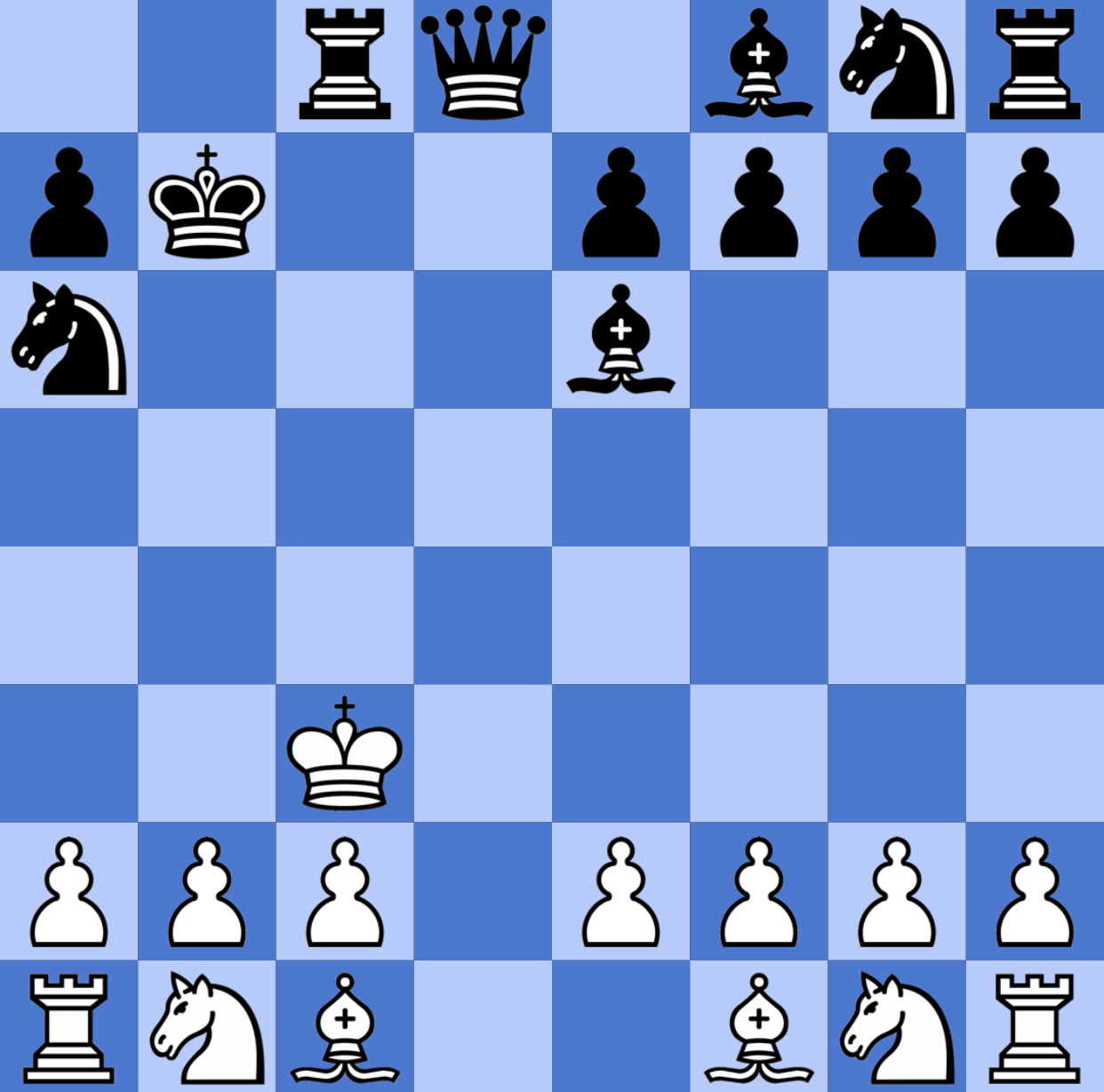 25
Musical message from a long-lost uncle
4
The kids moved when we were gone! What is the likelihood that white is winning?
48
Chess : The Lone King
15
Megan and the chess game
2
8-move checkmate with king
11
Murder in the Royal Court
5
Three free moves, three more moves, mate
9
Reconstructing A Chess Game #4
8
The ability-swap-circle chess
18
White's last move?