This question is fairly simple, but simple doesn't mean easy (although for some people it probably is)

Find the fastest possible way to trap a queen in chess from the starting position.

Definition of a queen trap:

For example, the following was a queen trap achieved on White's seventh move: 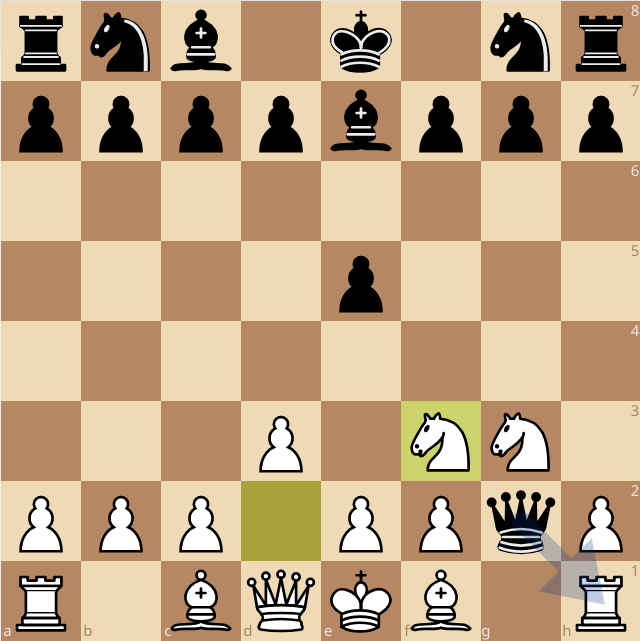 (Note: This isn't even close to the fastest possible. It's just an example.)

Here's one with three moves:

Another solution with 3 moves as well, where the Queen is attacked twice.

Here is one on White's 4th, which you consider faster :)

But still not as fast as Jafe's!

Here's an answer that probably doesn't meet what you mean either!
Black "traps" white's queen on move 4