My 5yo pupil, Magnus, is playing his first chess tournament. Although I missed his first game, @Elder helped me reconstruct this important first win from the few clues I could collect.

Alas, the second round started when I was still reading @Elder useful answer on Puzzling.SE, and I missed the action again! When I reached the playing hall, Magnus and his opponent, a 7yo girl, were already putting the pieces back in their starting places.

Luckily, Magnus' bright smile left me no doubt about the result: he won again. He was Black this time, and the five bars in each column (for White and for Black) on his scoresheet prove that, once again, the game was a very short one.

When I asked him what happened, he told me:

"I took her rook with my knight, hop! I was already so happy to eat a rook, but moreover, after I played it, I noticed that I was attacking her king, and she had no escape... Checkmate, I won again!

-Impressive, congratulations, Magnus! Err... Do you remember what happened before ?

-Hmmm, not quite, the board is so big... At first I was a bit afraid because she is taller than me, and she started with the pawn in front of her king, two squares - I remembered you told me this is a great move to start with, so I thought she must be very strong to find it. But then I just played a few moves, and my horsey ate her rook, and wow, checkmate!"

I could not get any more details about how the game went, so once again I need to ask you to help me and reconstruct what happened.

Find the chess game where White starts with 1.e4 and Black plays 5...NxR#

Hints will be provided later (if need be).

For current version these moves should apply (after editing with requirement of 1. e4 as first move):

FEN notation (use FEN reader to see final position on the board):

The opening starts with Alekhine's defense by 1. e4 Nf6, but instead of common 2. e5 White continues with 2. f3 which weakens kingside position. Also 2. ... Nxe4 is a risky move because White may use 3. fxe4 with material advantage. The most possible move with M5 for Black includes a mistake and a blunder (with 4. Qxe7 loses White's queen immediately and the king unable to occupy e-file, then capturing White's h-rook produces checkmate).

This should work (for the initial version of the question, where White's first move was a single-step pawn move): 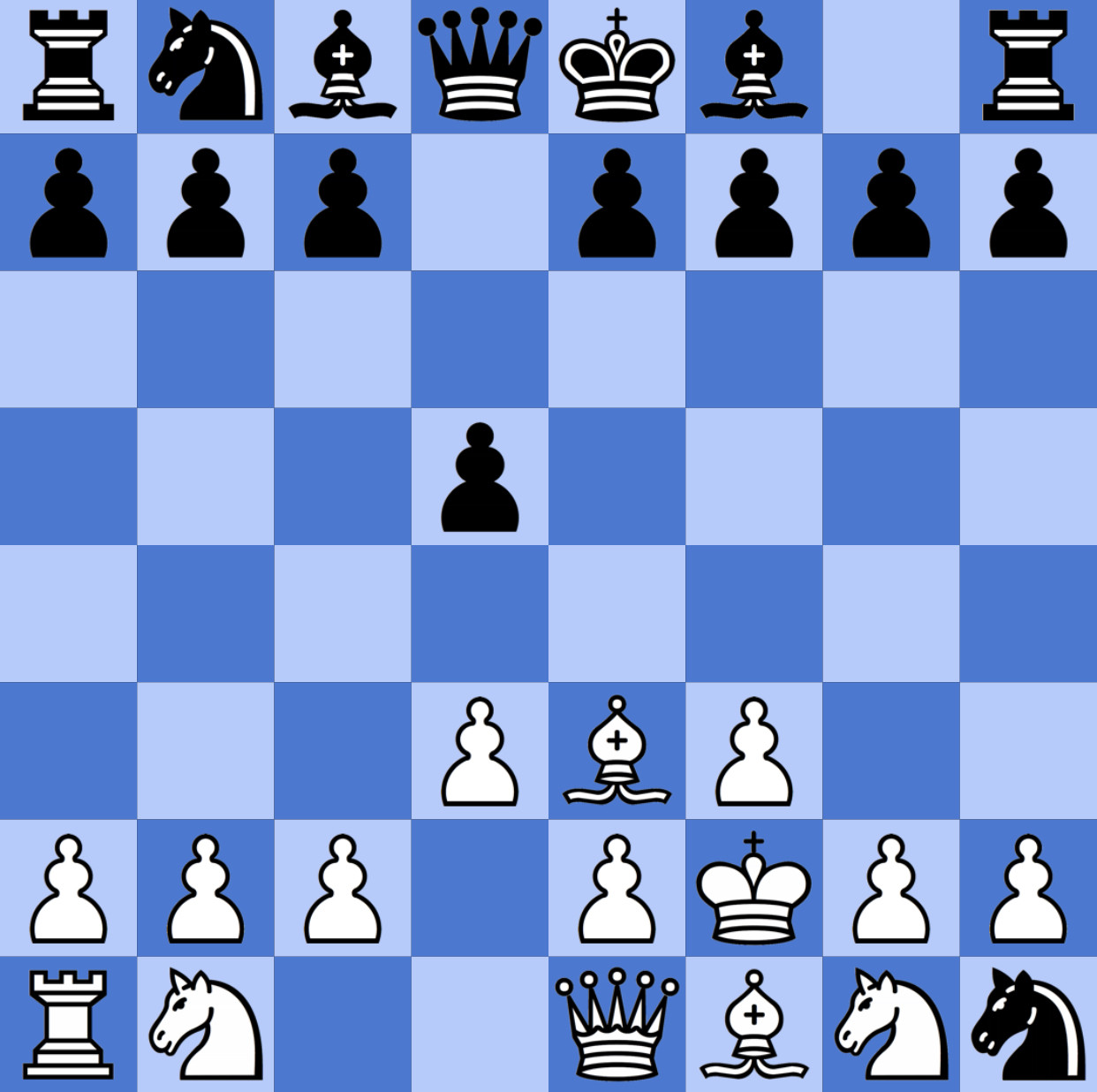 An idea which almost works for the updated version:

This fails because 3... Nxc2 is check and White needs to respond to that.