Welcome to the Dungeon Zoo!

The next room you enter is surprisingly well-lit and empty. There are two exits from it (need I say that the door through which you entered is an entrance and is not going to double as an exit?): a normal-sized locked door and a waist-level square hole with only a shutter closing it. Unfortunately, the tunnel it leads to is too small to serve as an escape route; the only member of your party who can squeeze through it is the halfling.

After a brief but heated discussion you send the halfling into the hole. He returns briefly after, visibly shaken, and reports that after several turns the tunnel opens into a room somewhat larger than the one you're in, inhibited by some kind of monster or several - when he tried to enter the room he was attacked from several directions and barely managed to escape back into the safety of the tunnel.

While you try to figure out how can you defeat those monsters if the only person who can get to them is a thief, the halfling distracts himself from the recent ordeal by exploring the corners of the room. He finds a leaflet titled "Welcome to the Dungeon Zoo!" with the following scheme on it: 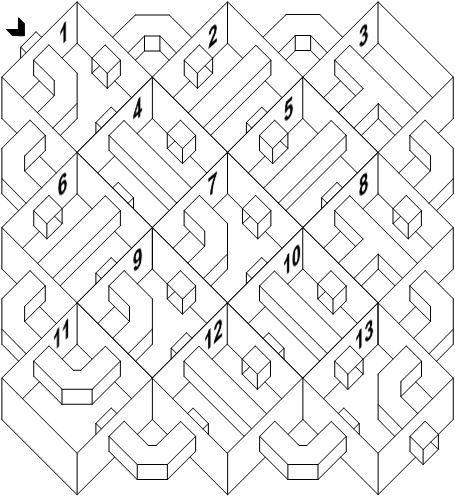 Under the scheme there is a helpful legend: 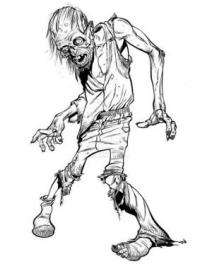 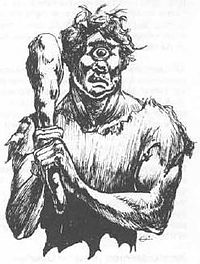 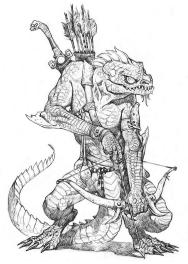 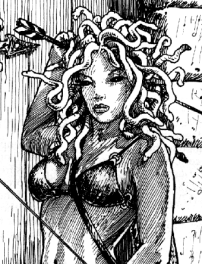 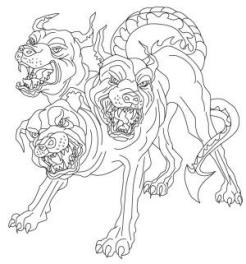 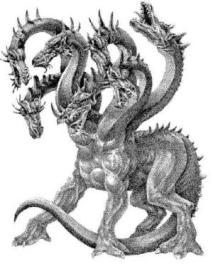 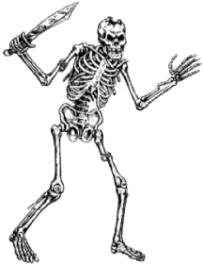 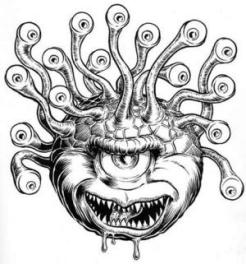 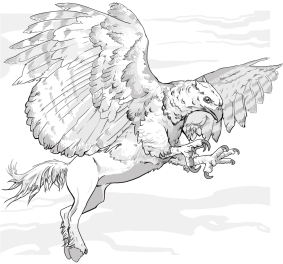 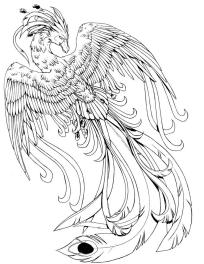 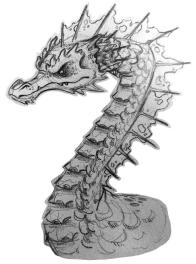 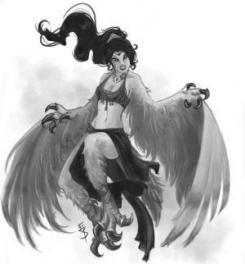 "This certainly looks like a zoo..." muses the fighter.

"Yeah, and I sure as hell don't want to meet the zookeeper, though I'm sure he'll be happy to have us around during feeding time!" quips the halfling.

The mage, who was busy trying various spells on the other door, sighs and says: "I know this lock spell, but it can not be broken; only the right word will open the door".

Between all the members of your party you know an awful lot of words to shout at the door; will you be able to find the right one before the zookeeper shows up?

I am not very familiar with these monsters, but after some research I would name them like this:

Not the answer you're looking for? Browse other questions tagged enigmatic-puzzle mazes or ask your own question.