I shouldn't have asked him.. again

My roommate (rm) always looks busy in front of his laptop, so I try to start talking to him

Me: Hi, the last time we talked you told me your favorite book, and I like your taste! it's a very good book!

Me: I wonder do you have any favorite movie? maybe we share the same taste in movie

(he start open his laptop, and do something) 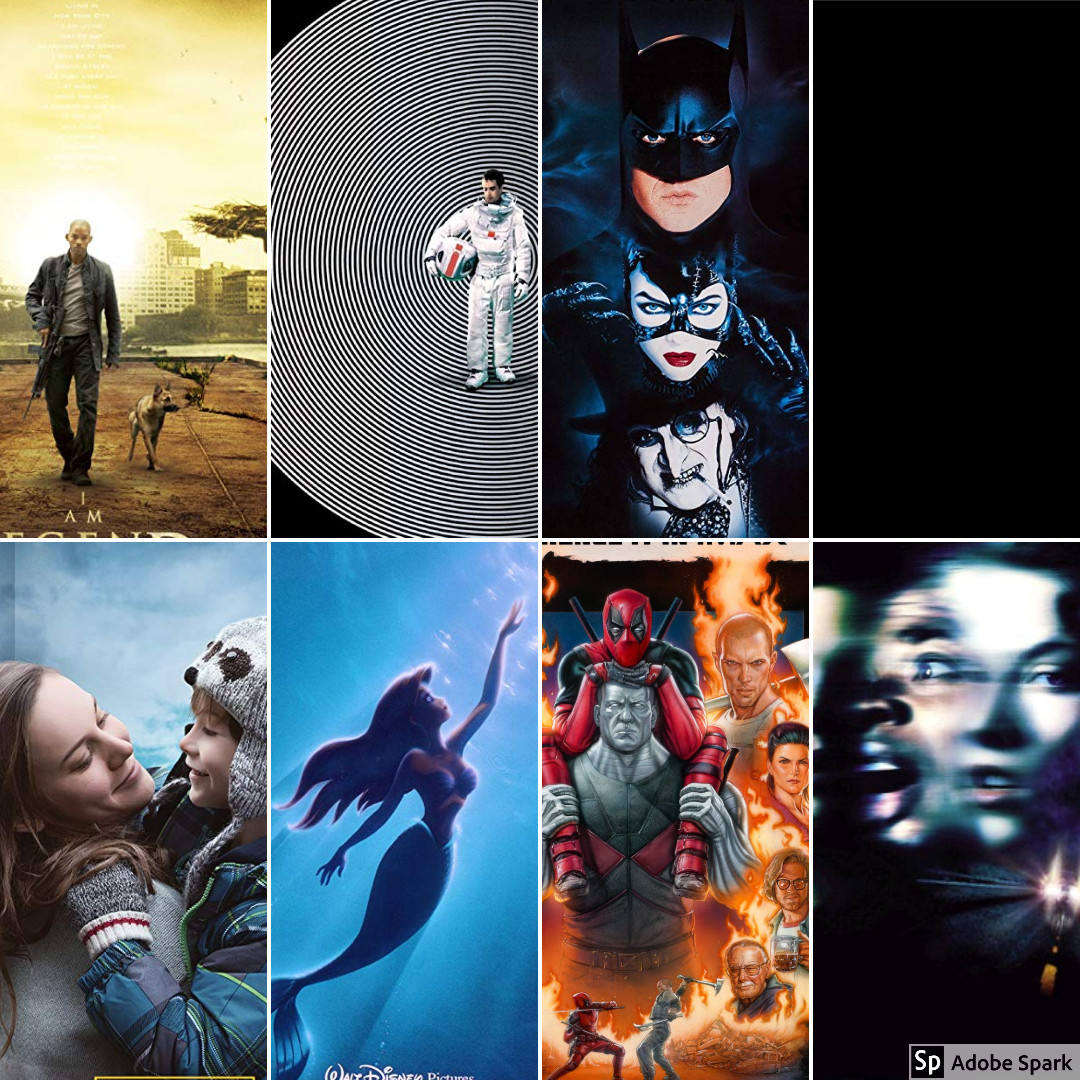 Me: wow.. do you like all of them? I think they all have different genres

Rm: and, my favorite is only one, it is on the top right

Rm: that is the question for you :)

What is his favorite movie?

Me: Hey, you didn't include the source from which you got the picture

Rm: Yes, it's intentional. You will find something odd if you know where those pictures are from

Rm: I just added a new tag, I hope it helps you

Me: a sequence? hmm.. Does it have anything to do with a reason why you choose that Batman movie instead of another Batman movies, as well as that Final Destination?

Rm: Actually.. it's also another hint :)

Rm: Oh Sorry, I forgot to tell you, I've different habits in counting. The second is the bottom left, so my favorite movie is not the fourth.

So far I have these movies recognized:

I just found out there are movie tags in here! this is cool! And for this puzzle, I'm pretty sure (because it's my favorite movie), He is talking about

as already mentioned in Hint 3, the Room movie is in the second order. So I think your room mate is talking about Harry Potter!

1. I am Legend : the first film of Harry Potter tells the story of the legend of the boy who survived. (or the main character's name is Neville)

2. Room : The second movie's title is "the Chamber of Secret"

3. Moon : I think it's because Prof. Lupin can't see the moon (because he's a werewolf)

4. A Little Mermaid : There are a lot of mermaids (or Merpeople) in the Great Lake

8. Final Destination 2 : Because the eight movie is the final movie part 2
So your roommate's favorite is "Harry Potter and The Deathly Hallows: Part 1"

So far I have figured out that the movies are:

From the list of films, none of the following are common amongst all of them:

I've even tried building acrostics amongst them, but this wouldn't make much sense unless at the beginning or end since they aren't all the same length and aside from those two types of acrostics, it would be a tedious process to create the rest with so many combinations available:

I also tried running a Caesar cipher on the acrostics. I used 1 - 25 as the key and found nothing; so unless it's doubled (which becomes 50 possible combinations if I remember the math correctly), then there's nothing there either.

Oh well, back to the drawing board. Great puzzle by the way!

The theme is... Salvation from death perhaps or maybe escape

If thats right then I think the connection/answer is:

Yes Sam dies... and its heart breaking, and yes Robert Neville dies, both to the Zombie (originally Vampires in the books) but in doing so his cure conquers the walking dead

Batman defeats penquin and cat woman both wanting to kill him and many others are escapes death in the process...

Unknown film... no idea if this is just blank or a hint in itself

This is just an addendum to Blade Wraith's answer, in support of the idea that

The theme is resurrection/escape from death

Catwoman repeatedly comes back from the dead (first when revived by cats, later after getting shot repeatedly)

Katherine drowns and is resuscitated

I wondered if the blank movie was

Death himself is in the movie, taking the form of a man killed in a car accident. Later, Death departs, but the man returns.

Somehow, I think the connection/answer is:

Poor Sam again (in a way)

No bueno for Penguin

Death is the antagonist

Not the answer you're looking for? Browse other questions tagged enigmatic-puzzle pattern visual movies sequence or ask your own question.

33
I shouldn't have asked him

6
Cultural Patrimony
20
A pirate's treasure-hunt
11
Secrets Within A Book
3
Who's this Pokemon? The last one
9
Making broken love smile again!
20
Aki's favorite game
33
I shouldn't have asked him
12
Word Ladders go to the movies
26
A title for a history book
8
Rabbit's favorite beverage