In my trip to Gensokyo, I spied a…

Your final answer is something one would be likely to see lots of in Gensokyo. 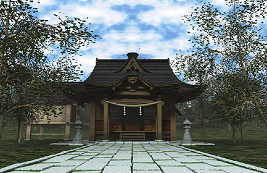 PS: Amusingly enough, I did not see any buses in Gensokyo.

The American flag is in the backstory of Imperishable Night, but I meant to refer to the other game that takes place on the Moon.

As for the playing cards, a certain well-known literary character is known to have met some antropomorphic ones.

One of the sub-answers is to be used twice, referring to different things.

I should give some flavortext to hint as to where each sub-answer is? There is plenty of it already!

Each of the entries in my diary describes one or two things I saw and alludes to how I was able to see those things.

1. We're analyzing a set of words. How could the number of fingers of a species be relevant?
2. If we're talking about pairs of things, there should be the same number of each element of the pair. What could we pair up here?
3*. Look for what was exiled, or expelled from a group of other similar elements.
4. The heart is what really matters.
5*. If you've found the first one, this one should be easy.
6. Which elements of this puzzle were responsible for making a commotion?
8. If you try to read text while the lines are scrolling, you might end up mixing them up!
11. Reuse the first answer here.
12. It would be wise to solve one other bullet first. Remember to count rearrangements of otherwise equivalent things: things that could have been in a different order and it would not matter.

*: this bullet indicated two elements but the second one was already found

The last letters of the object descriptions spell out MALLET / ELIXIR.

There are several "lookalike characters" in the descriptions; for instance, the "w" in the first line's "written" is actually a Cyrillic "We". These lookalike letters spell out WATERFALL.

The cryptic clues have solutions as follows:

What do we do with these?

Each sub-answer seems to be from one of the Touhou games. For instance, the American flag is a plot point in Imperishable Night (8), and the waterfall is a location in Mountain of Faith (10). However, the Elixir also seems to be part of Imperishable Night, and the playing cards can be multiple different things (including something based off of Hanafuda, which are Japanese playing cards).

I originally assumed that there would be twelve hidden answers, and the first letters (ordered by game) would spell something out. However, two answers clearly seem associated with the same game, so I don't know what to do next.

I currently have not found anything relating to the order the cryptic clues are originally given in or the strange phrasing of the item descriptions.

Not the answer you're looking for? Browse other questions tagged knowledge steganography cryptic-clues or ask your own question.