A journey in technicolor!

I woke up this morning with an incredibly strong urge to watch television. This isn't normal for me as I usually drink coffee and read the newspaper. I know, boring right? Good thing this is never the highlight of my day. I located the clicker and turned on the tele to find that my usual channels weren't available. Every single channel but one was static, pure white noise. The only channel that was available was 23 which is fine by me since my favorite childhood cartoons were on. But then something happened, something quite odd. I found myself in the woods surrounded by trees; but even more peculiar was the fact that everything looked like a cartoon. Was I injected into the technicolor world? How can this be? If you don't believe me, I took a selfie (like most millennials) to prove it! 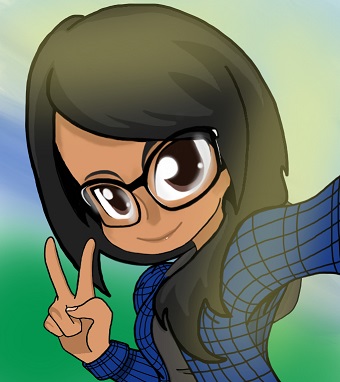 I think it's time to find a way out of here though because I have work today! There was a bright light to the south and I felt compelled to walk towards it. Now, most people think, "Don't go in the light! It means you're going to die!" but I didn't really think that was the case. As I walked into the light, a new scene began to emerge! I was in the classical set of Warner Brothers studios and all of my favorite childhood stars were there!

Excited, I walked over to the most famous of them all (he was much taller in person, it could have been the ears to be honest), and declared that I was a big fan of his work! The way he always managed to turn things around on people, no matter how bleak the situation appeared; it was always astounding to me!

His arch-nemesis walked over and began complaining (like he always does); how come you get all of the attention? I confessed my love for his work as well which stumped him up. He apparently isn't used to being appreciated, but I couldn't help it; perhaps it was just the contrast of orange and black, or perhaps it was the attitude and the way he always carried himself.

The director came over and asked if I'd like to take the tour. I said that I really needed to get home, and he said; if you take the tour, I'll get you home safe and sound.

So I agreed to take the tour, and I met a lot of my favorite stars along the way! There was the great brown tornado, the guy that came from Mars, the cutest bird ever, an angry cowboy, a cat with a lisp, a stuttering pig, and I even managed to touch the horn that can't be touched; he's incredibly fast by the way!

After an hour, I had met many of the stars, but I hadn't met my favorite yet, but I had met his co-star. I asked the director where he was and he said that he was off setting up the next trap for the upcoming scene.

It's time to end the tour and get you home he said; we have much to do, and it would appear you do to! I nodded in agreement, even though I was slightly upset that I hadn't met my favorite star. The director brought me to the water tower, all the way to the top. He said, simply dive in, and you'll end up back home. I did what he said, and next thing I knew I was back on my couch watching my favorite cartoon!

Your favourite cartoon is

The guy that came from Mars

The cutest bird ever

A cat with a lisp

The horn that can't be touched; he's incredibly fast by the way!

Per @SteveV, this could be Road Runner. The horn reference comes from the beep beep sound that he (and later, the Plymouth Roadrunners that were modded!) made. He can't be touched because he's so fast. Thanks, Steve!! :)

Favourite, off setting up the next trap for the upcoming scene.

Maybe your favorite cartoon is

The stars may be

Not the answer you're looking for? Browse other questions tagged riddle knowledge story or ask your own question.

10
A Question Concerning Alice In Cryptic
30
Bill the Conspiracy Theorist
8
A Letter: Moriarty is dead
20
What a peculiar family
10
A Series of Fortunate Events
18
I can't remember what I was doing last night
18
In Time or out of Time, that is the question
8
A manager's dilemma
5
The Quest For My Northern Home