An eerie warning from the other side

I often enjoy hiking through the trails near my home, and I try to ensure I do so at least once a week. Yesterday, I decided to go for a hike, and as I wandered through a lesser known trail I stumbled across a crumpled up piece of paper. This was odd as the trail was mostly undisturbed and hadn't seen foot traffic in months. To make matters more mysterious, we had heavy rains earlier that day and the paper was perfectly intact. 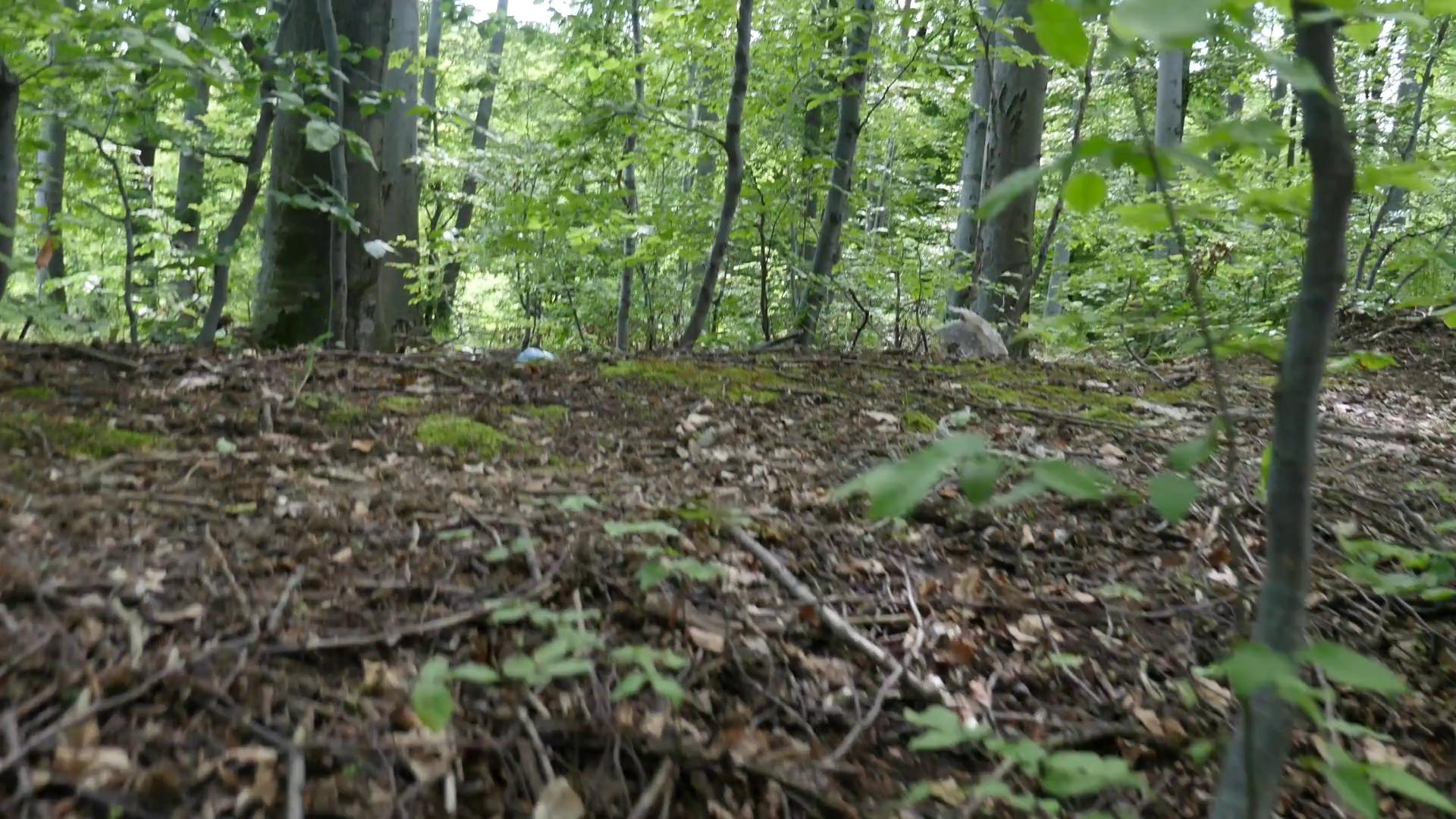 Now, as I do anytime I find trash in the woods; I picked it up to dispose of it and was startled by the fact that it cut my finger. This was quite unfortunate because it wasn't a basic paper cut, nor was it a gash either. Due to this, I was curious and opened the paper wad to ensure there was no harmful material inside. What I found was even more curious. There was no additional debris contained within the paper. It also appeared to be blank. 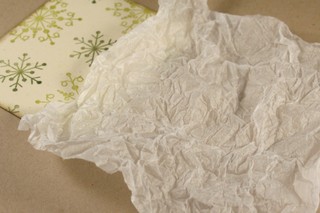 I decided that maybe I caught my finger on a rock or stick that cut my finger. That was a logical explanation. I decided to continue with my hike. I wandered forward, following the path as I always did, until I heard a bone shattering scream. I called out, "Hello? Is anyone there? Are you okay?" to which I received no response. I decided to investigate and headed west towards the location of the scream. There it was again, this time louder than the last. Again I called out in vain. As I continued west, I noticed the temperature was dropping and suddenly the scream burst out right next to me. In my fright I managed to fall off of the edge of a cliff that was near by. It was roughly 5 feet, but that was enough to knock me unconscious. When I woke up, you wouldn't believe what I saw. It's the middle of September, and there has to be at least 4 feet of snow on the ground. It's still 92 degrees daily here, how can it have gotten cold enough? How is 3 hours long enough for a blizzard to drop this much snow? 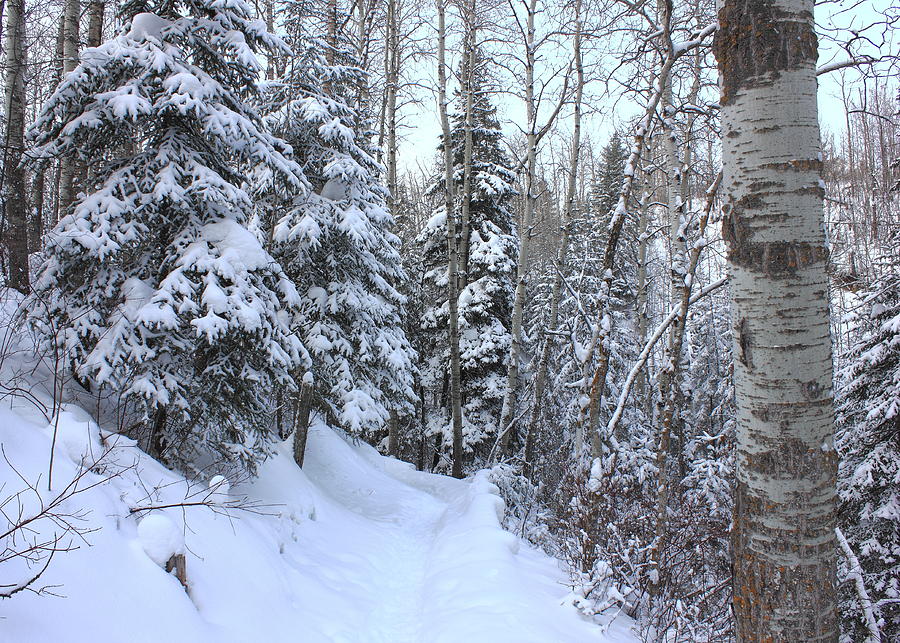 Though this situation had me in quite a panic, I quickly gathered my thoughts and headed back east towards my home. This is a bad situation; I'm in shorts, a tank top, and running shoes. I have no food, about 23 ounces of water left, and have no idea what is going on. As I traveled east, I kept feeling as if I was being followed, though every time I looked over my shoulder, there was nothing there. The screaming began again, and this time, I wasn't going to attempt to help; my priority is getting home safely at this point. Things are just getting too weird for my taste. I began to run home, I wanted away from this place as fast as possible. All of a sudden, everything went black and I woke up in my bed. As I stumbled into the kitchen like I do every morning, I noticed the paper on my counter. That had to mean the whole thing was real. I threw it away and made my coffee. I went out the front door and sat on my porch to drink my coffee and read the newspaper and found that the paper was again waiting for me.

After a while of thinking, I illuminated the paper with a black light. This revealed the following:

Get out while you can, walk, do not run; the thing after me, isn't much fun.

Of the moon to the right, born one of three; watch out for his might, he must not find the.

Exit the forest, and never forget; this warning is urgent, that's a safe bet.

I wasn't sure what to make of it, and honestly, it was quite a terrifying situation. I needed to move on with my day, so I ran all my errands, went to work, came home and read a book; then I went to bed.

As I laid there sleeping, I heard the scream again; this time, it was in my house. I took to my feet and grabbed my pistol to defend myself and set off through the house. As I rounded the corner for the living room, I felt a searing pain in my leg; I then felt a freezing chill in my spine, and began to feel like I was drowning. The next thing I know, I'm ten feet in the air and have a devastatingly painful sensation in the middle of my chest. Suddenly, four figures appear and close in on me. They said I must deliver this message, so I am.

Can you tell me who these four beings are?

The four beings are

Tsukuyomi, Amaterasu, Susanoo, and Izanagi, a family of Shinto gods.

Of the moon to the right, born one of three; watch out for his might, he must not find the(e).

This refers to Tsukuyomi, god of the Moon who was made when his father Izanagi washed out his right eye.

This is Amaterasu, goddess of the Sun. She was born when Izanagi washed out his left eye. She was married to her brother Tsukuyomi

This is Susanoo, a storm god of Summer. He was born when Izanagi washed out his nose.

This refers to their father Izanagi. The seventh generation of the original Kami or spirits formed at Creation.

This translates to "The land of the dead is waiting for you." (according to Google translate) The land of the dead, also called Yomi, is where Izanagi went to after his wife Isanami died in childbirth. Once the reunited in the underworld, they had a....falling out that resulted in Isanami vowing to kill a thousand people everyday, thus creating the concept of mortal death. It's when Izanagi cleanses himself of the taint of the underworld that he begets his three children.

This means "Another Tianjin God". Another clue pointing in the direction of Japanese mythology. EDIT: This actually translates to Kotoamatsukami which means "distinguishing heavenly god" (Google Translate kept trying to interpret the text as Chinese instead of Japanese) The Kotoamatsukami was the first generation of gods/spirits that came into being at the time of creation. Izanagi was the seventh generation of these beings.

It's the middle of September, and there has to be at least 4 feet of snow on the ground.

Susanoo is sometimes said to have power over snow, so it's possible his presence caused the unusual seasonal shift.

As I rounded the corner for the living room, I felt a searing pain in my leg; I then felt a freezing chill in my spine, and began to feel like I was drowning. The next thing I know, I'm ten feet in the air and have a devastatingly painful sensation in the middle of my chest

I believe each of these sensations are from one of the deities. The searing pain in her leg comes from Amaterasu's power of the sun. The chill in her spine comes from Tsukuyomi's power of the moon, a cold desolate place. The feeling of drowning come from Susanoo's power over the sea and storm. The levitation might come from Izanagi who is sometimes associated with the sky.

Second Edit: Wow, just noticed the acrostic in the message. PerpetualJ, really knows how to cram in as much flavor and info as possible into her riddles as possible.

The acrostic spells GOHOME (Go Home). I don't know what this means. This, combined with the message saying "the land of the dead is waiting for you" makes me think that this might be a message about the her impending death? In any case, I don't think it's necessary for figuring out who the four characters are.

Not the answer you're looking for? Browse other questions tagged riddle knowledge story history acrostic or ask your own question.

5
What Strange Place am I in?
18
The Five Friends
12
The Adventurous Journey
4
What The Heck Did I Just Read?
2
What's Left? - a word puzzle
7
The “Three Diamond” Distilling Company
20
A Pirate's Life For Me!
8
A Riley some Math and a Confusing Note
2
What happened to the boat?
5
The Quest For My Northern Home