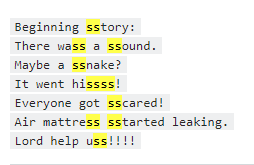 27
How did Alice and Bob die?
6
Can you save my friends and me?
8
A poem and a number sequence
9
No Christmas presents until you solve this!
9
Where am I? What happened? What should I do?
1
K, L, M, K, L, M, ... what is the pattern? It is not what you first think
9
Who is Pete's favourite composer?
1
The unknown wheat-and-chessboard problem