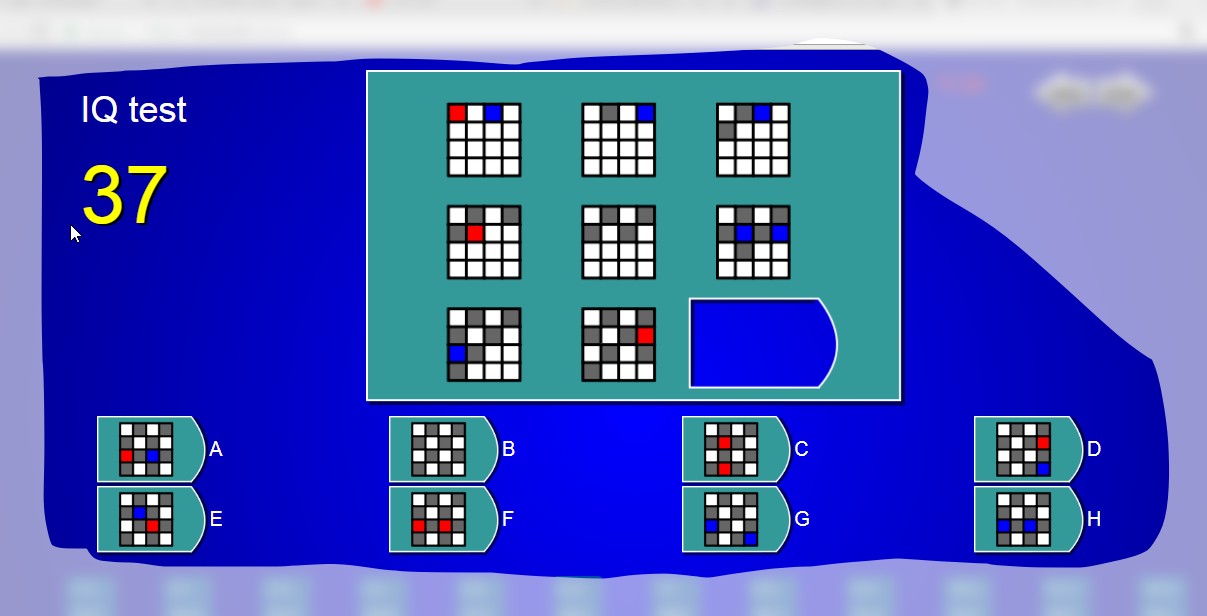 I found these questions in a sample IQ test for Mensa. Any ideas?

Define a priority system where if there's multiple colors in a cell, the one with the highest priority is shown. If there's a tie in the priority, it alternates which one is shown on top. There are a few separate patterns here. The gray cells gradually fill the entire screen diagonally and has the highest priority (i.e. will cover any color below it). Across the 9 grids, the red cell is at the x-th position of the grid, where x is defined as follows:

The reason behind that is:

Within the same row, the left 2 columns shifts right by 1 column, and undergoes the substitution Triangle -> Square, Square -> Circle, Circle -> Triangle. The right column becomes the left column and does the same substitution, however, it is rotated down by one. i.e.

I believe there is a less complicated explanation for #37:

The red and blue squares move one step to the right for each image. From the last column they move to the first column of the next row. They are hidden by the gray squares, and when hidden they change color (red/blue). The correct answer is F.

The correct answer is F

Explanation: Looking at a row each tile is shifted once to the right and turned in a pattern like this: (squares becomes circles) (circles becomes triangles) (triangles becomes squares). The last column of a picture when its shifted towards the right: it shifts one downwards before appearing on the left side of the new picture.

For puzzle number 37, I believe it's

The number of grey cells stars with zero and increases by one each time. Answer H has 8 grey cells.