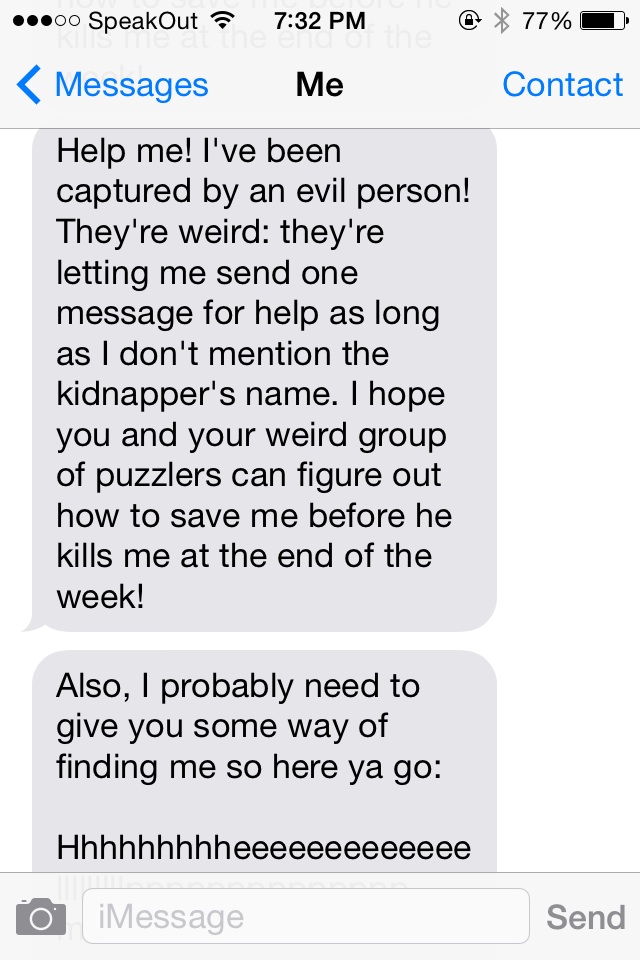 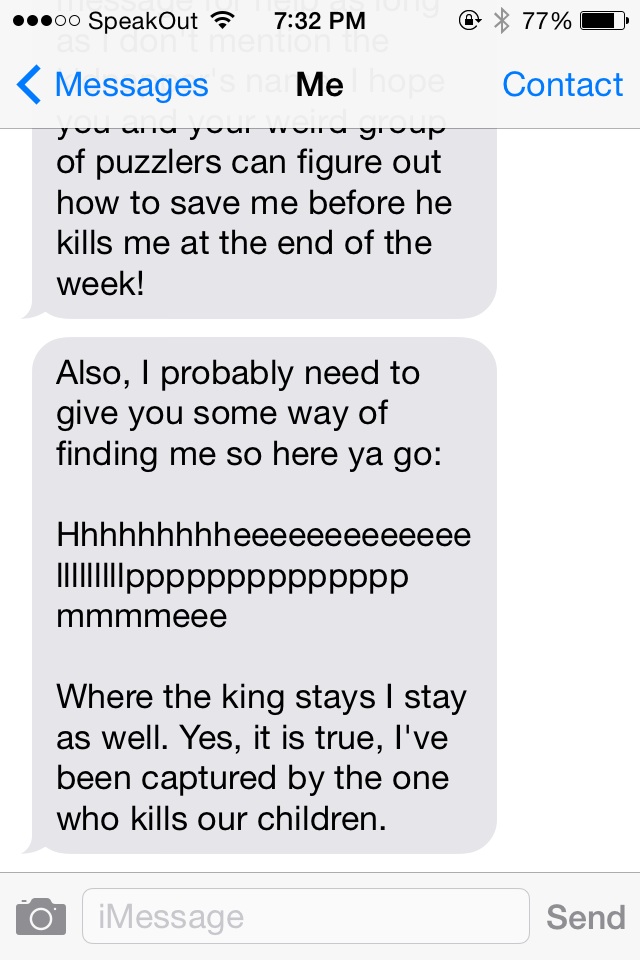 I've revived the above texts from my friend simply called "me". Apparently the text messages tell you everything you need to know. Arrrrrrgh! I told him not to mess with people.

The kidnapper is a card game.

Count the number of consecutive letters. For example, Hhhhhhhhh $\rightarrow 9$

Perform A1Z26 cipher: IMINDC $\rightarrow$ I'M IN DC
Does it mean you are in Washington, DC?

The person is in Washington D.C.

Where the king stays:

The King, aka Elvis Presley is prominently on display at the Smithsonian National Museum of American History

The one who kills our children:

Elvis is famous for revolutionizing the minds of America's youth thus, "killing" the children from the perspective of former generations. According to wikipedia:

Presley, more than anyone else, gave the young a belief in themselves as a distinct and somehow unified generation—the first in America ever to feel the power of an integrated youth culture.

4
Hidden Message: Code and Calculation
6
The strange SMS (Part 3)
2
The Letter of the Law
10
A Musical Message
21
Weird messages from a friend
7
The Riddle Of Some
17
What was my reply?
12
Weird WhatsApp message
4
What a strange program
7
Find the secret word hidden in this message