This puzzle was meant to be for Fortnightly Challenge #35: Restricted Title #1, but due to various reasons I only got around to starting it recently. Constructed with apologies to my friend Atrus.

Pro tip: You can very effectively transform any normal cryptic into a mind reading exercise by withholding half of each clue. 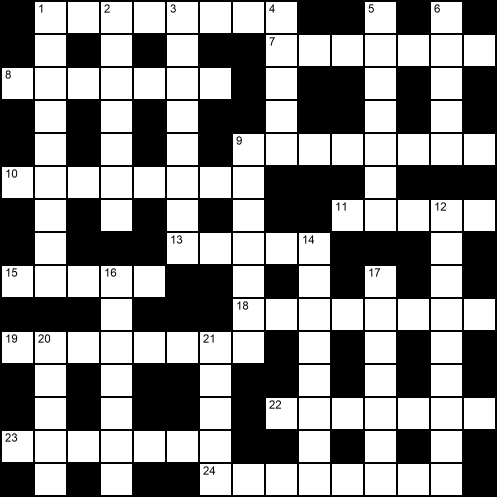 Across TEXT (for use with Across Lite)

As solvers can tell from the enigmatic-puzzle tag, this is not an ordinary cryptic crossword.

As suggested by the "Pro tip", each cryptic clue is missing an important half, specifically the definition; the clues given are wordplay only.

A little more detail into what's going on:

Some suggestive phrases include "very effective", "transform", "normal", "mind reading"=psychic. These all help suggest to the real theme of Pokemon.
Every clue is wordplay leading to a single Pokemon to be entered in the grid.

The complete grid: (click on image for larger size) 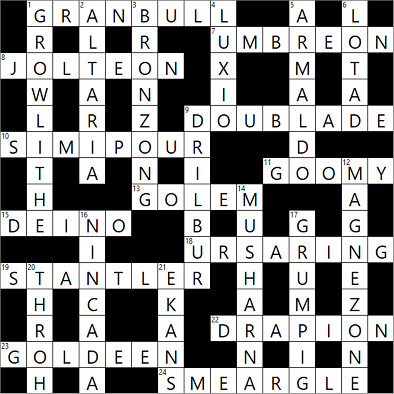 GOLEM; "voiced" = homophone of "character in Lord of the Rings" = GOLLUM

DEINO; hidden in "solituDE I NOshed"

.18. Enigma cracker not first to get around cryptosystem (8)

.19. Spidey's co-creator contracted around time before end of year (8)

.3. Marijuana smoking tool seen around Weasley and Zabini at first (8)

.4. Egyptian city with no right to imprison yours truly (5)

LUXIO; "Egyptian city with no right" = LUXO(-r) containing "yours truly" = I

THROH; "Finished" = THROugH minus "underground" = ug

There is one more secret to be found: the final answer.

The National Pokedex has a canonical ordering of (almost) all Pokemon. Ordering all the clues/entries in this manner gives:


The first letters of the first words of the clues in order spell "EEVEETOESPEONITEMTHREEFIVE" or "Eevee to Espeon item (3 5)". Edit: This connects back to the 'pro tip' again; this evolution "transform[s]" the "normal"-type Eevee into the "mind-reading"=Psychic-type Espeon.
In most of the main games, Eevee evolves into Espeon by achieving a certain happiness level in the early morning. However, in the Gamecube game Pokemon XD, the time mechanic doesn't exist; instead, there are key items used to evolve Eevee into the otherwise unattainable Espeon and Umbreon.
To evolve Eevee into Espeon, we need our final answer: the SUN SHARD.