An entry in Fortnightly Topic Challenge #37: Rare and Endangered 1 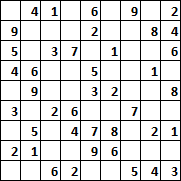 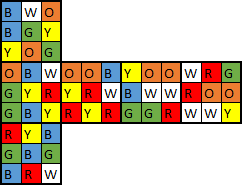 The odd one out is

Puzzle 3, because it is the only solvable puzzle. Thanks to @Klyzx for pointing out there were no thick lines, I wasn’t looking closely.

First I’ll need to mention that the puzzles, in order, are

found as the alt text under the images. The 15-puzzle (sliding-blocks), the Lights Out game (lights-out), “Boxless” Sudoku (latin-square), a Rubik’s Cube (rubiks-cube)...and the last one is either Minesweeper or Slitherlink (slitherlink)

The Sudoku doesn’t have boxes, so the only rule is that every column and row must contain 1-9. 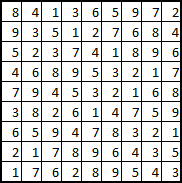 Rough explanations of the others:

The 15-puzzle has an even number of inversions (56) and the blank is in the third row, which is sufficient to indicate it is unsolvable. That’s the best I can say it, it’s easier to just try it and see that you can’t swap the final 14 and 15.

The Lights Out puzzle has an odd number of lights on in the first and second columns. It must have an even number in all rows and columns to be solvable.

No rigorous proof here. I plugged the Rubik’s cube into a solver, not having one on hand. Its configuration can’t be solved.

The 0 in the Minesweeper conflicts with the 3 right above it. Similarly that causes problems in a Slitherlink, forcing the upper right 2 to be impossible to satisfy.

It is the only shape with a concave angle.

Alternatively, it's something to do with

The puzzle types.
#1 is a sliding puzzle, #3 is a sudoku, #4 is a Rubik's cube... I don't recognize the other two, but perhaps one of the 5 is in an unsolvable state that looks like the kind of puzzle it's supposed to be.

It's the only one that has squares that are self descriptive, e.g. each Blue square describes itself as "B," etc.

Not the answer you're looking for? Browse other questions tagged enigmatic-puzzle odd-one-out or ask your own question.