Bill was asked to form as many triangles on top of a flat table using his 5 pennies (3 coins on the table where centers are connected by imaginary lines to make a triangle). His teacher told him that for every triangle formed, Bill will be paid a nickle (5 cents) if he declares it. But, for every triangle that does not intersect with other triangle he declared, he will be given a dime (10 cents).

How should Bill place all his coins on the table for greatest earning? 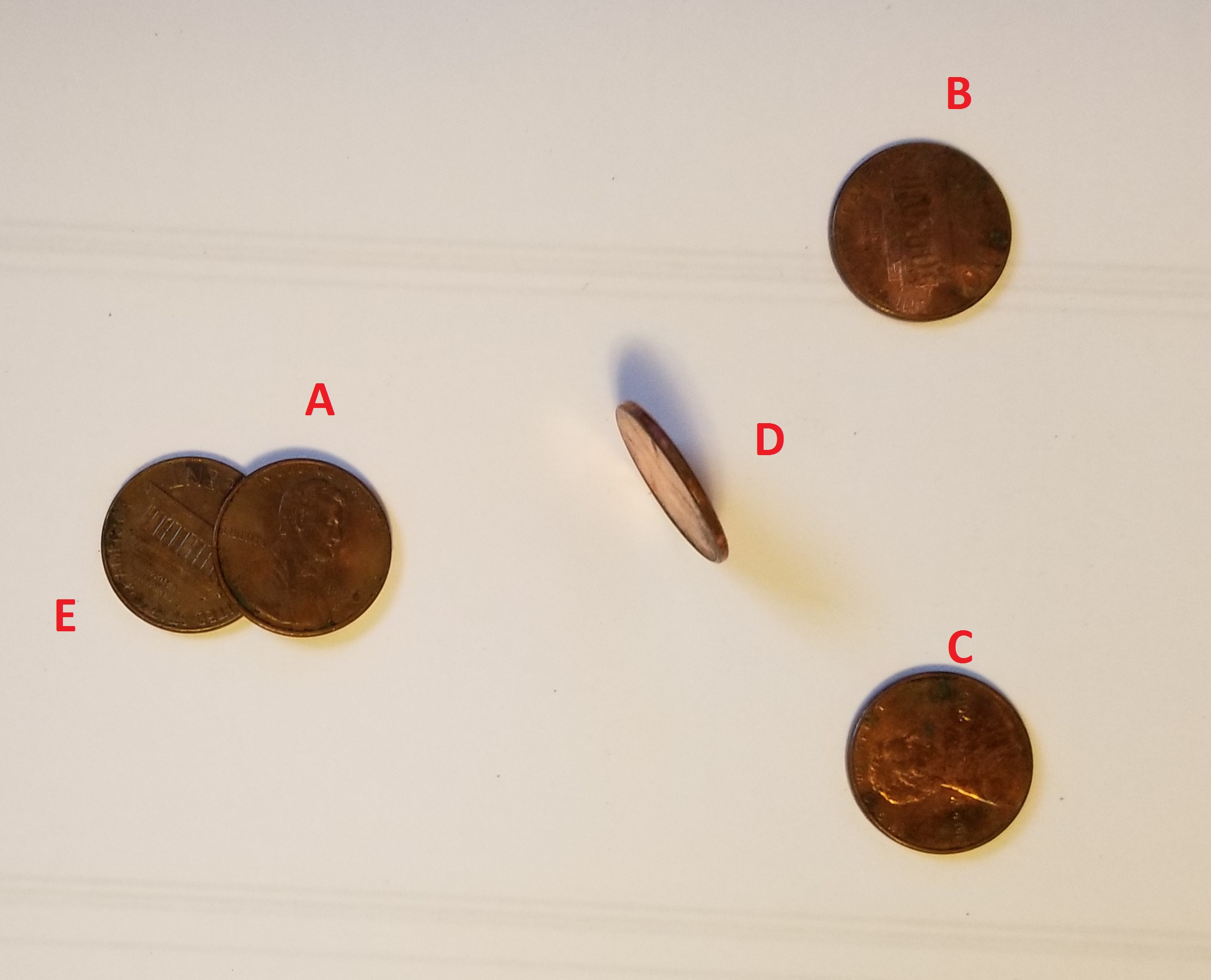 it's impossible to put more than three coins on the table without forming intersecting/partially overlapping triangles.

Bill should just concentrate on making as much triangles, so if he puts the five coins randomly on the table and makes sure there aren't three collinear ones, every three coins will form a triangle, so he'll get 5 over 3 = 10 triangles and earns 50 cent.

with a bit of lateral-thinking, he can put one coin on the table, add three coins in a layer on top of the first coin, and finish with the last coin. Looking at the configuration in three dimensions, none of the 10 triangles are intersecting and he'll get 10 * 10 = 100 cents = a Dollar Bill.

I would think the answer is:

Not the answer you're looking for? Browse other questions tagged lateral-thinking geometry coins or ask your own question.

9
Ernie and the Geometric Ginger Cookies
8
A dollar, a penny, there's no difference
16
The Square's Center
18
The 2 million, er, 20 dollar problem
5
Arrange ten coins in a bowling formation. Fewest pennies to remove so no three pennies that remain have centers that form an equilateral triangle?
1
The swap puzzle
25
Pythagorean quilts