A Jigsaw sudoku is like a regular sudoku, but with uneven shapes instead of 9 squares.

However, they still have the normal rules for rows and columns.

Would it be possible to have a jigsaw sudoku where there are 3 layers of irregular shapes, and no rules for rows/columns? Does any example of such a puzzle exist, or can you make one?

Sure, why not? The reason that they're not widespread becomes apparent when you try to make 2 layers visible: 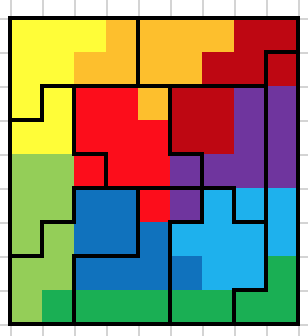 I'm having a hard time adding a third layer which is both easily distinguishable and still allows (black) numbers to be added. It might work if you have a different border style which is visible on enough places to make it clear; e.g. the top three 3x3 squares might work.

It is possible to construct 3 irregular layers which do not allow a solution, but I suspect most of them do. Here is an example; the third layer is visualized by background patterns and/or white numbers instead of black. 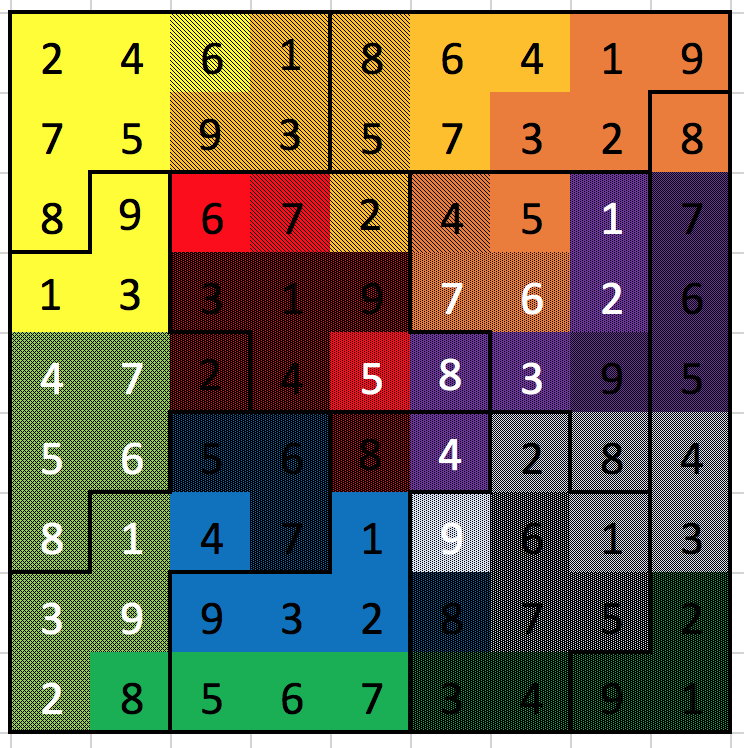 I agree with Glorfindel, it's definitely possible to create such puzzles.

However, there's at least one particular kind of grouping pattern that will immediately cause the resulting to grid to be un-sudoku-able: 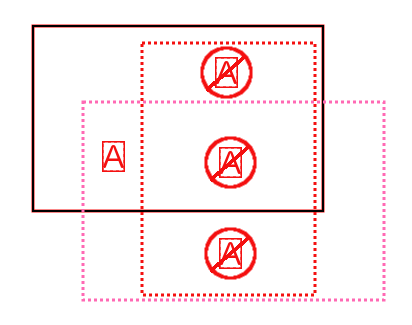 In the diagram there's a region (the one with the small red dots) that's completely contained within other regions that all overlap somewhere outside the contained region. Such overlap can be seen in the small rectangular area marked with $\color{red}{\boxed{\textbf{A}}}$.

In the picture, there are two such areas doing the containing and overlapping (the pink one and the solid black one), but there could, in theory, be more than two such areas involved.

There are other, more (or less) subtle ways to mess up the groupings so that they cannot be sudoku-ed, but this seemed to be the simplest interesting one.

9
What is the maximum number of empty 3x3 blocks a proper Sudoku can have?
3
is there any sudoku puzzle combined with magic square?
8
A spartan skeleton Sudoku
19
Your Task Is to Create the World's Hardest Irregular Sudoku!
7
A Mosaic Sudoku - SS#5
11
Sudoku… with 10 digits? SS#6
9
Sudoku with no grid and no numbers!!? - SS#12
8
Wanted: Sudoku data in CSV