That's right, your barrel job somehow just got even harder. The situation is basically the same as in Barrel - Part 2, except that barrels have openings, and you must not spill the contents of any barrel. To make this puzzle self-contained, let's review the rules: 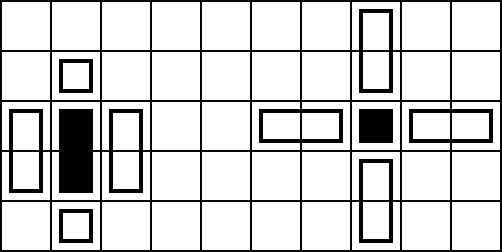 Here is your warehouse's current state. Openings are denoted by the white on one side of the barrel. Please show how to get the red barrel out of the exit in the top right. You are not required to do so in the minimum number of moves. 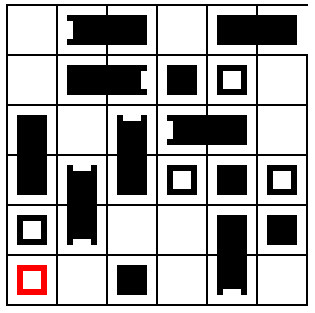 OK, this one's going to be way more difficult than the ones before. The first observation is that an open barrel standing somewhere can only stand somewhere else if it has rolled in between, and rolling requires a two-space wide path. And the doubly open barrel of course cannot even stand at all. So, let's get rolling! (Hlyaaargh.) 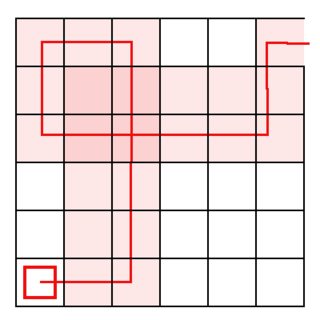 Now then, the first order of business is going to be

"move the doubly-open barrel two steps to the right".

To see why this must be so, consider the same puzzle with everything removed but these three barrels: 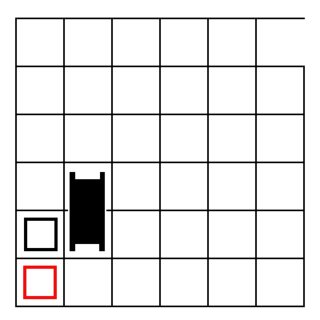 There are a couple of different ways of solving this simplified version, but in every solution the twice-open barrel has to move two steps to the right.

In the real puzzle, there's quite a lot of clutter in the way. Let's start by naming the barrels, and clearing up some space. We can always undo the cleanup later, if it turned out to be a mistake. 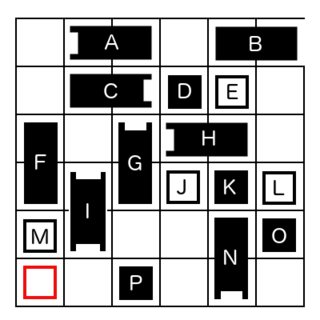 All this brings us to the following position, where we finally have the room to move the I-barrel: 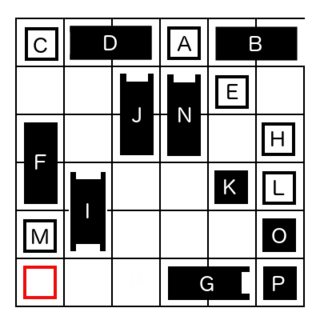 It looks like we'll run in trouble, since the J-barrel is blocking the red barrel's path, and there's a lot of stuff in the top left corner, where we wanted to manoeuvre the red barrel. Turns out, neither of these problems is insurmountable, mainly because we got lucky with the exact way we packed away the top left barrels: 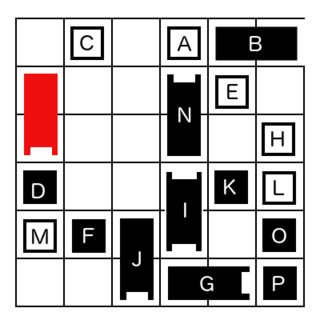 And then it's just a matter of dodging the remaining barrels on the way (and they said donkey kong skills wouldn't ever be useful anywhere else): 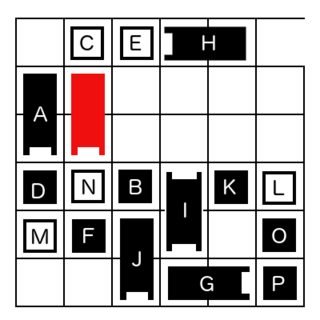 ..and the coast is clear!

EDIT: Praise be to @ManyPinkHats for producing this animation of the sequence:

Not the answer you're looking for? Browse other questions tagged mechanical-puzzles sliding-blocks rush-hour or ask your own question.