An entry in Fortnightly Topic Challenge #35: Restricted Title 1. Inspired by the title of this xkcd comic.

This time 2 specimens of a huge unknown type of snakes swallowed a part of the passengers on a plane. Luckily the plane was able to land and all victims were rescued.

Unfortunately the rescue got a bit messy, and now you have to reconstruct the exact position of the 2 snakes at the moment of the landing for the FAA, based on witness statements. 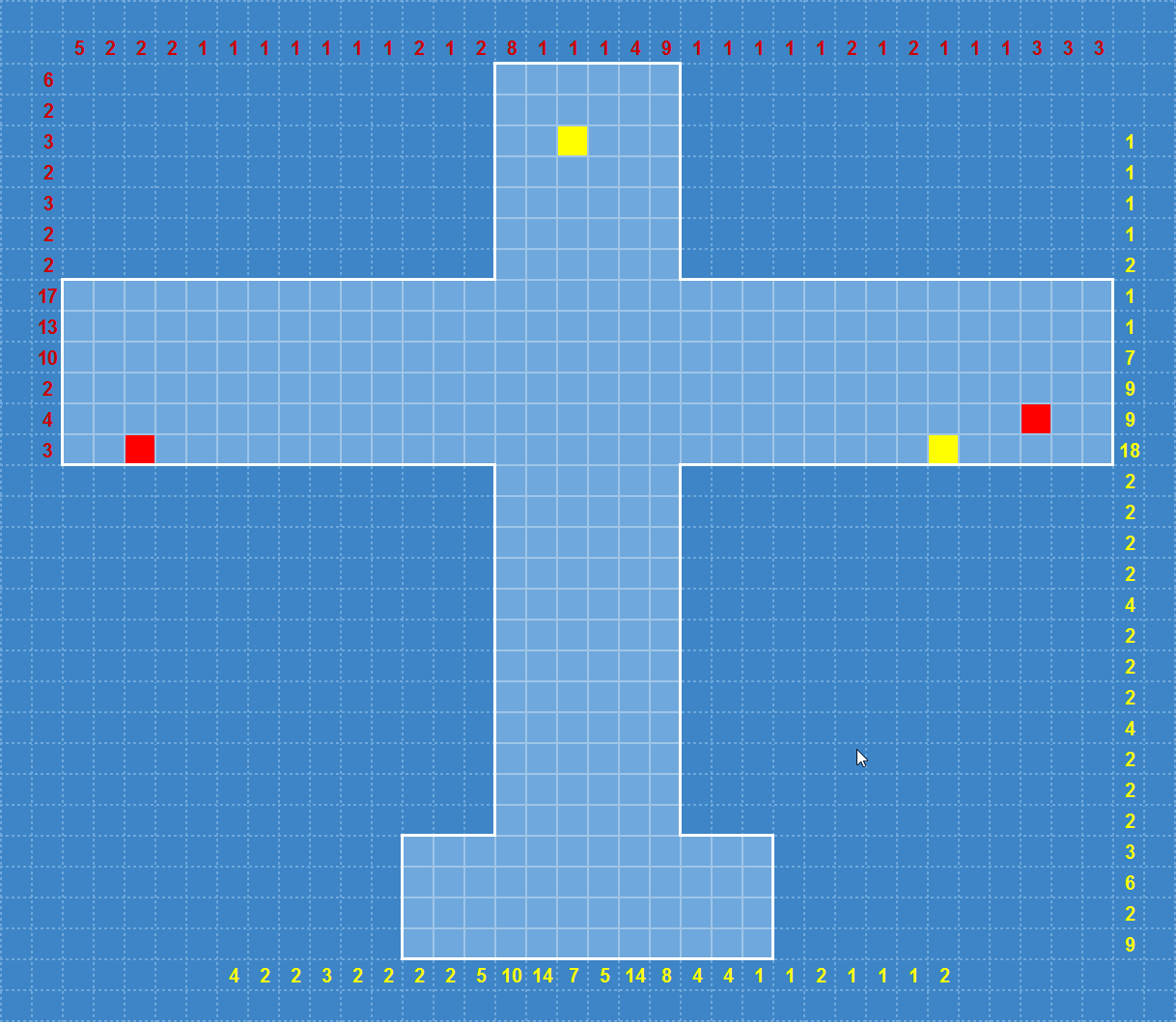 You have also some additional information about the snake behavior from a local expert:

Disclaimer: No snakes were harmed during the creation of this puzzle. Both specimen are securely stowed away on a train to their new home. 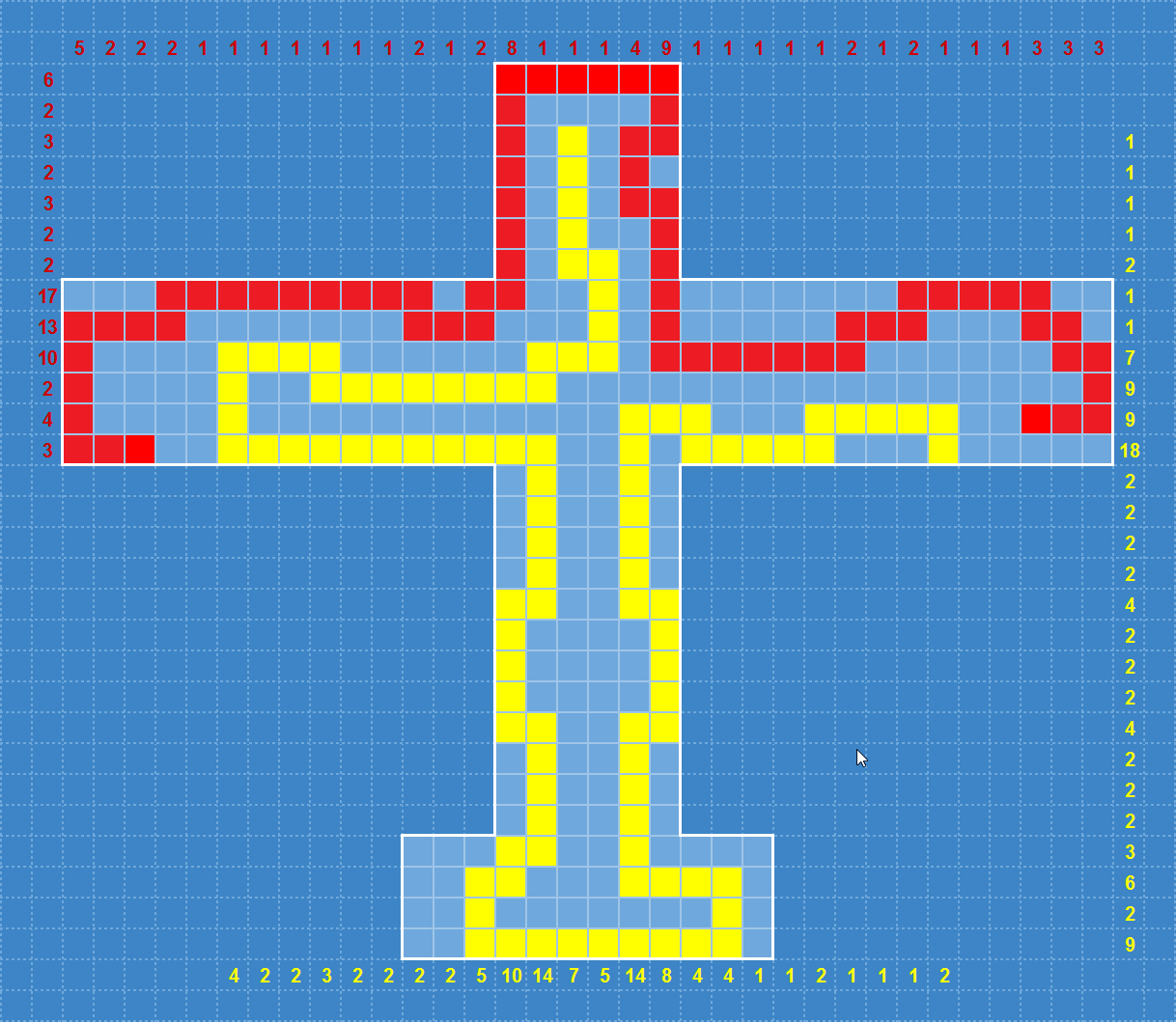 NOTE: There is a slight error in the red snake, because I miscounted the 13. I'm too lazy to remake these images, so these won't be corrected, sorry. 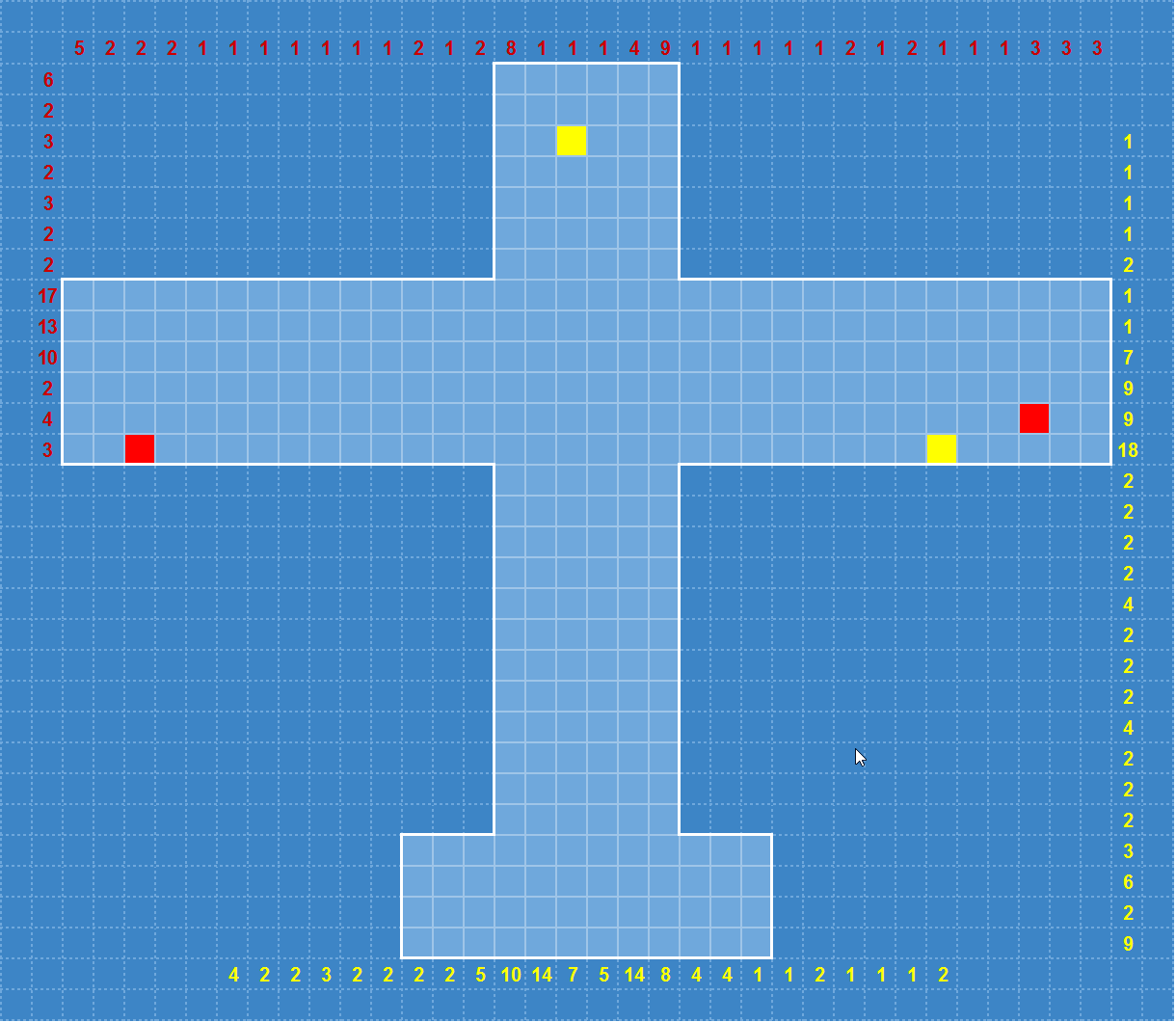 Start of puzzle. Top row is entirely occupied by red. The yellow snake can't turn left or right and must go down 5 rows due to the 1 clues: 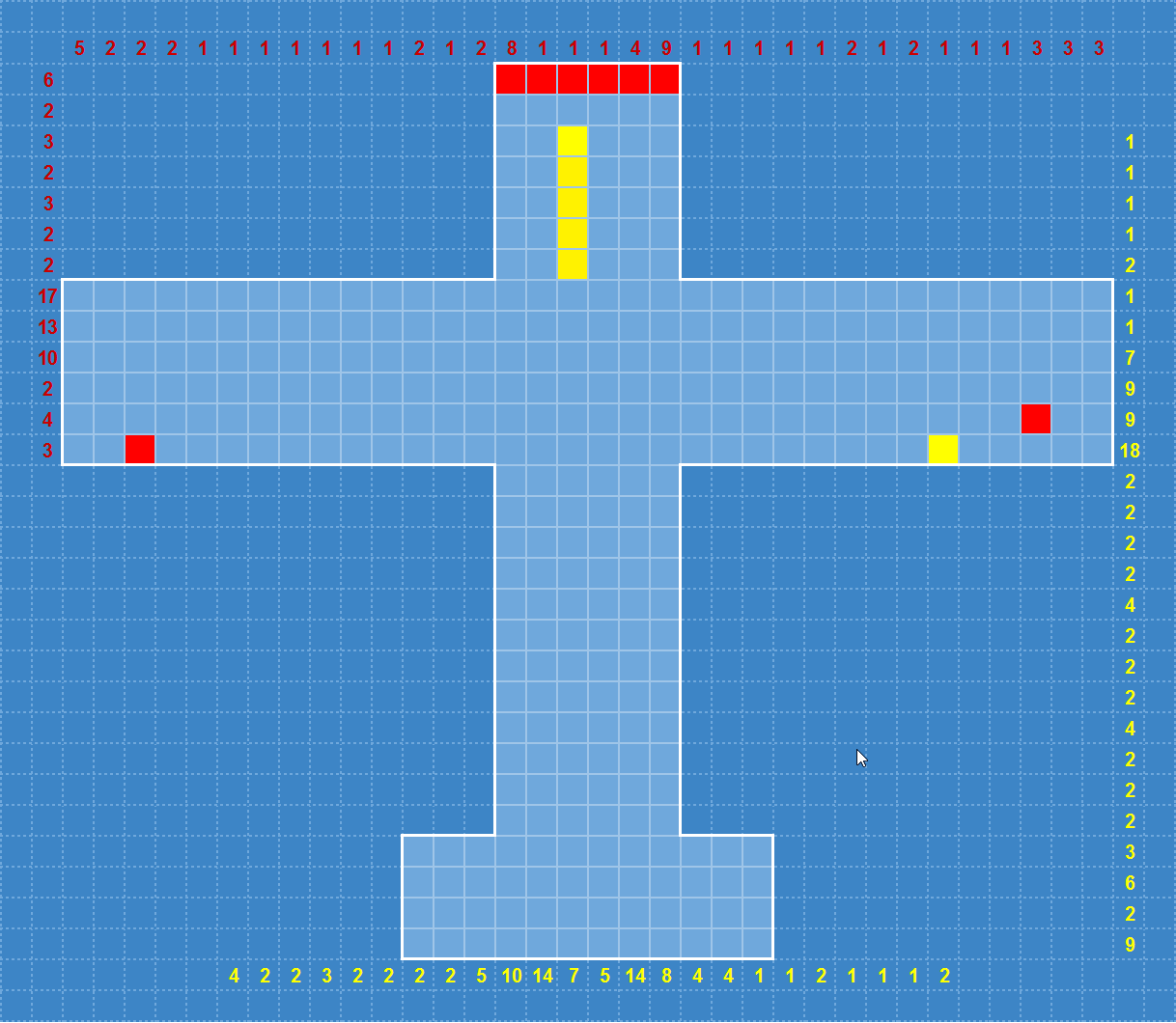 Due to snake restrictions we must get to here. 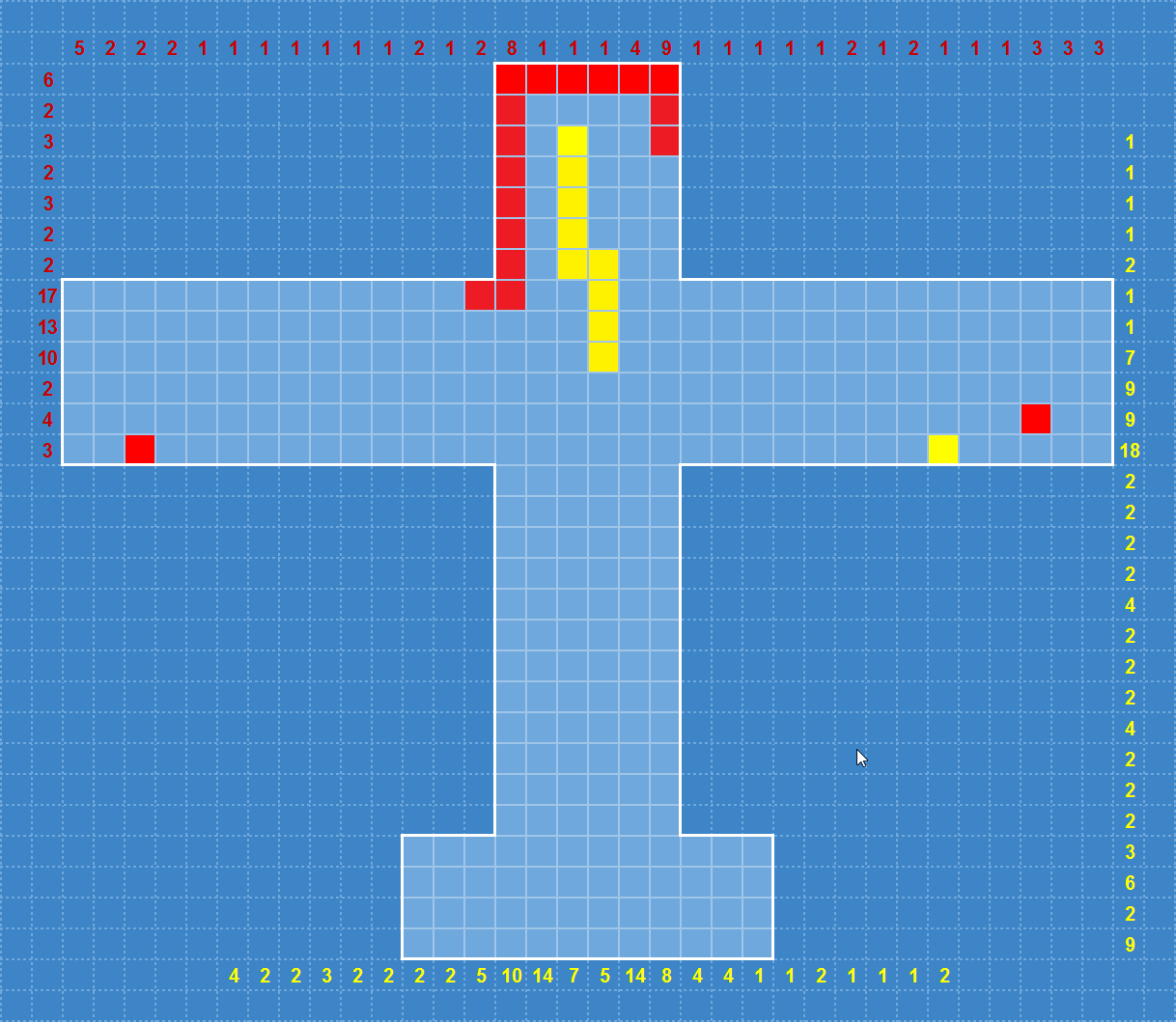 More deductions on the red snake due to row clues. 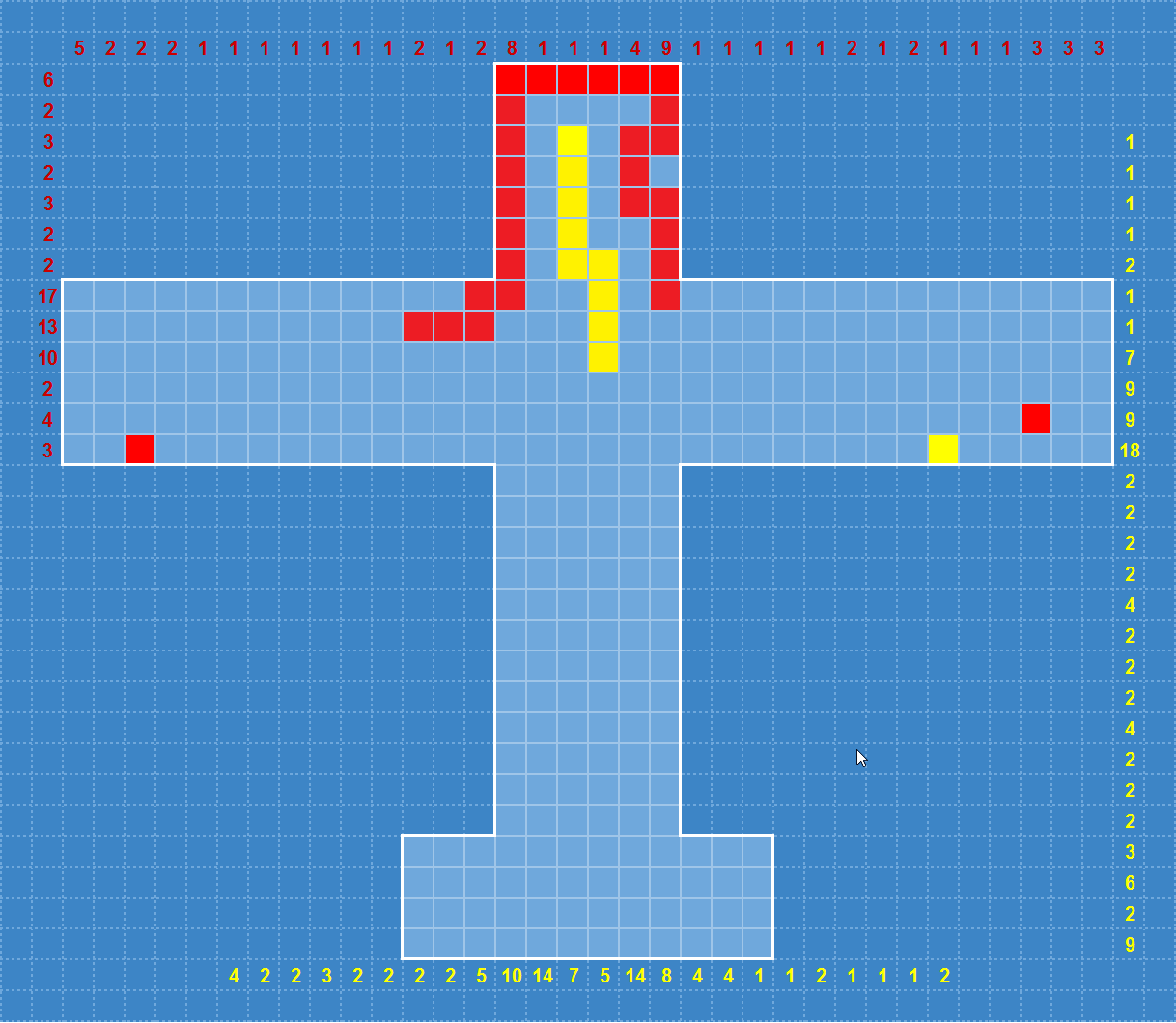 And now, column clues, leveraging the fact that the 1 numbers don't permit turning around. This lets us fill the 17 row. 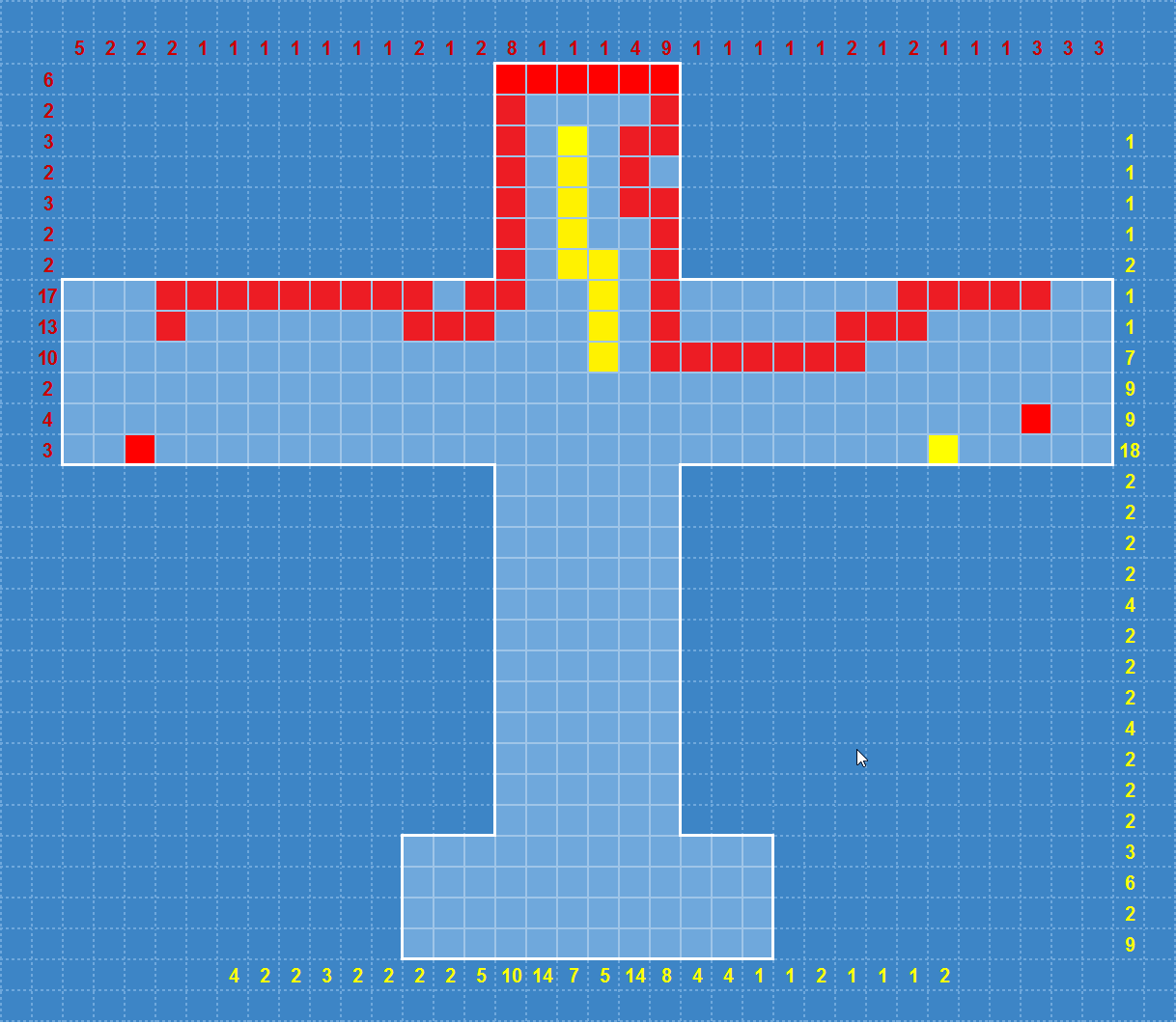 Now we must fill the rest of the 13 row:
There are actually 14 squares now. Instead of finishing the row to the end, it should go downwards. We can see this by the 3 column at the end, in conjunction with the 2 row. 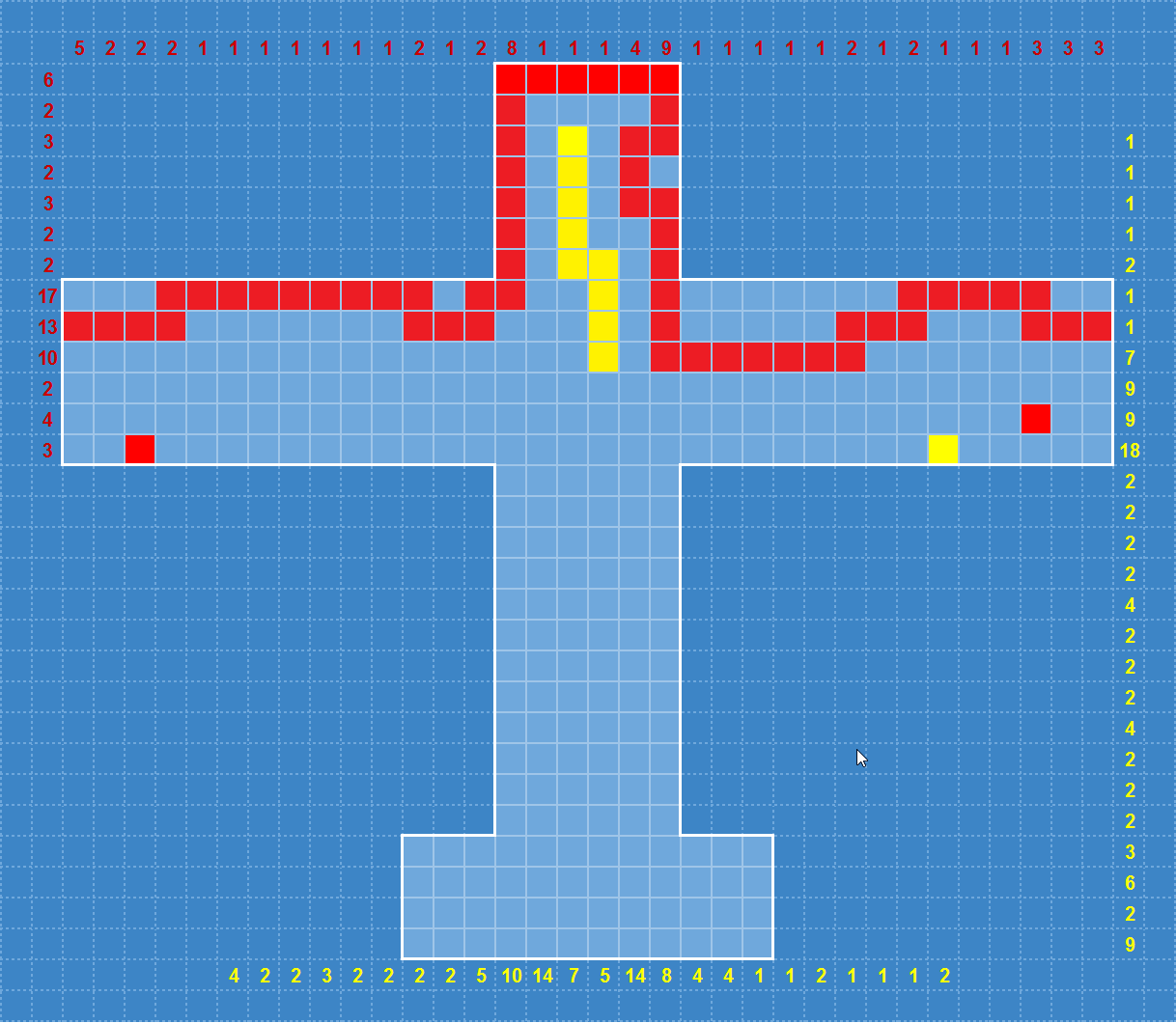 And then they must go down, filling the side columns: 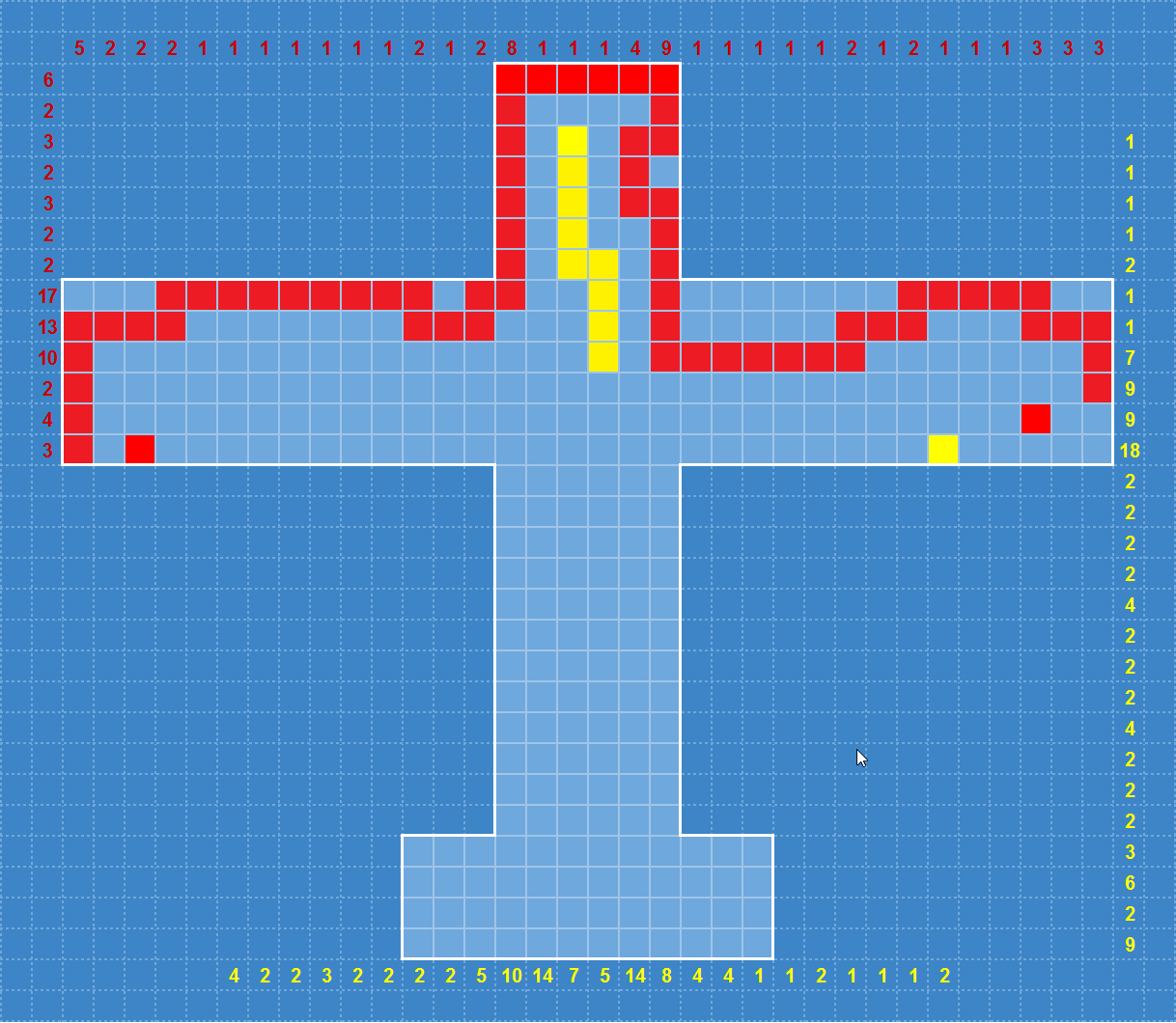 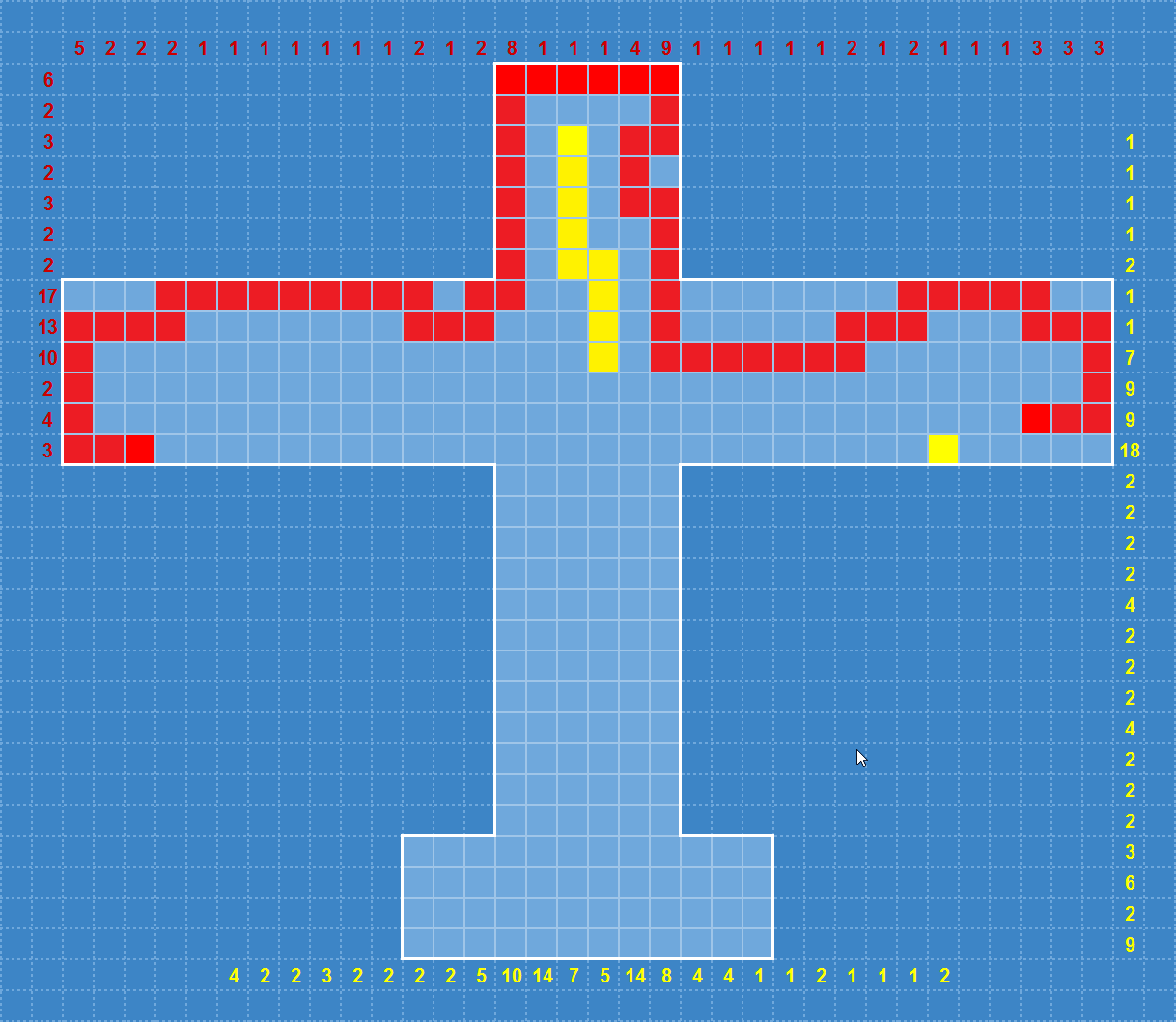 Yellow snake's east end can also use column clues with 1 numbers to get some progress: 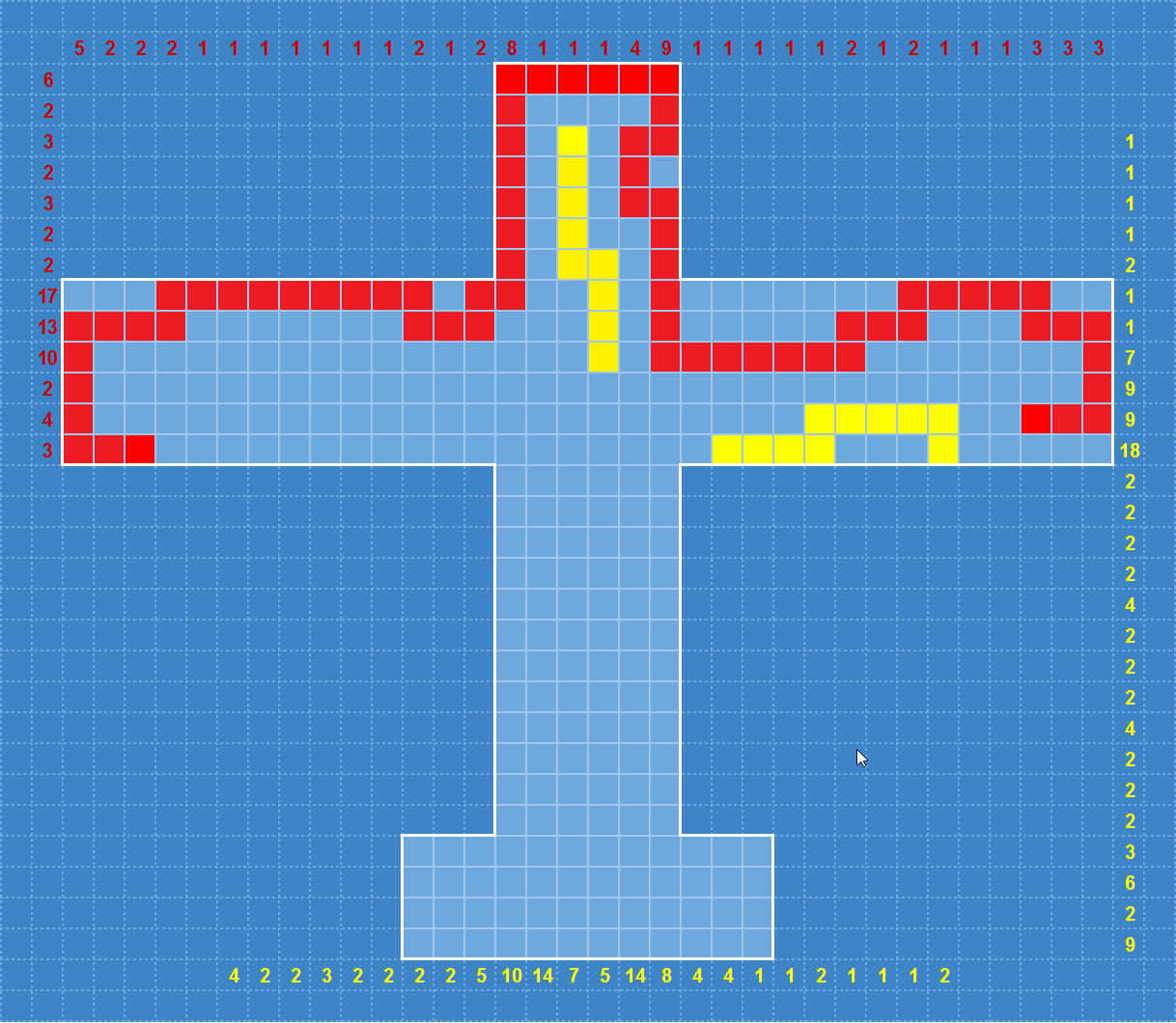 We also can see that the leftmost yellow column can be entirely filled too: 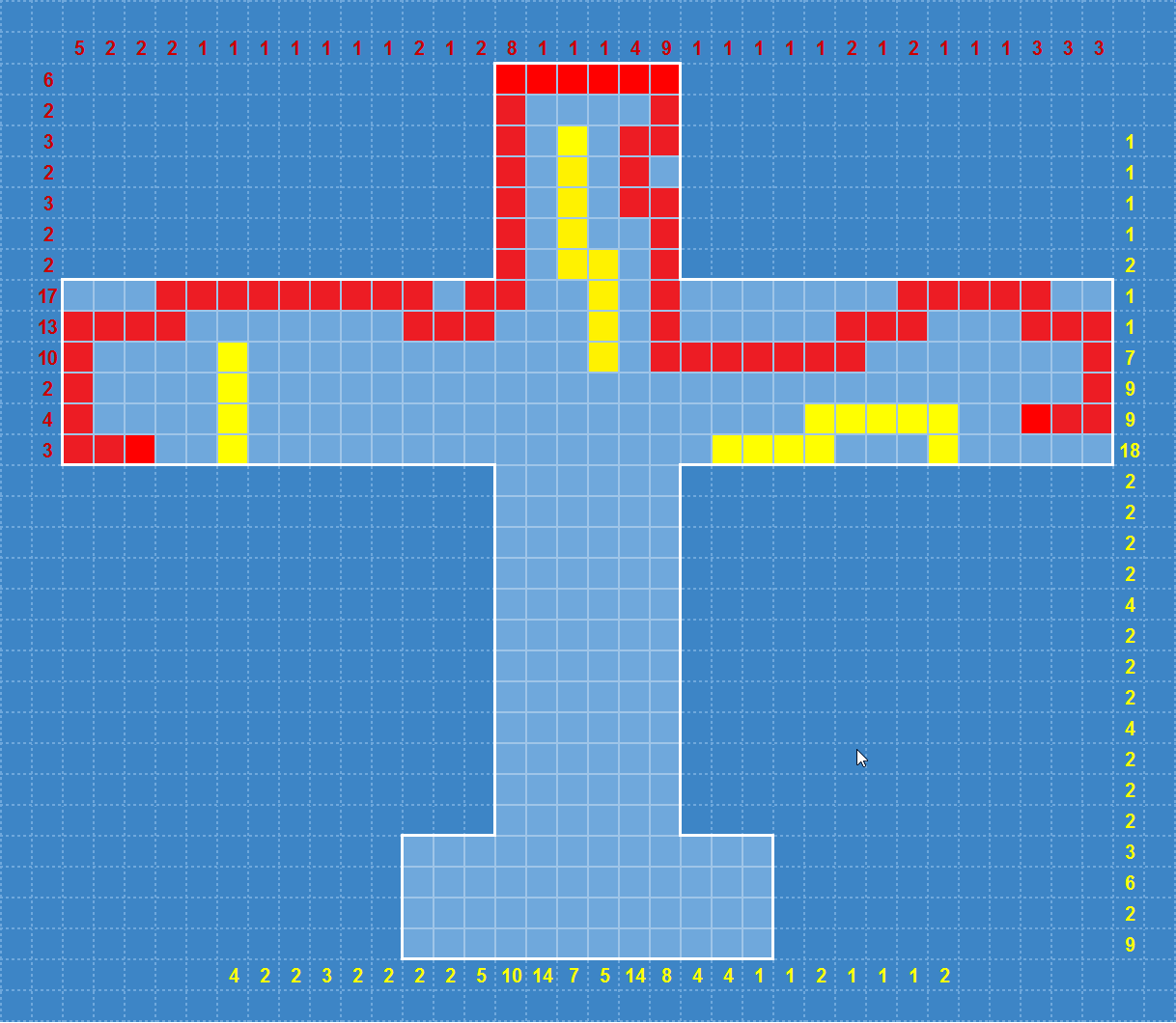 This gets us some more progress, this time using 2 numbers similarly to 1 numbers earlier since we now have 2 ends to keep track of: 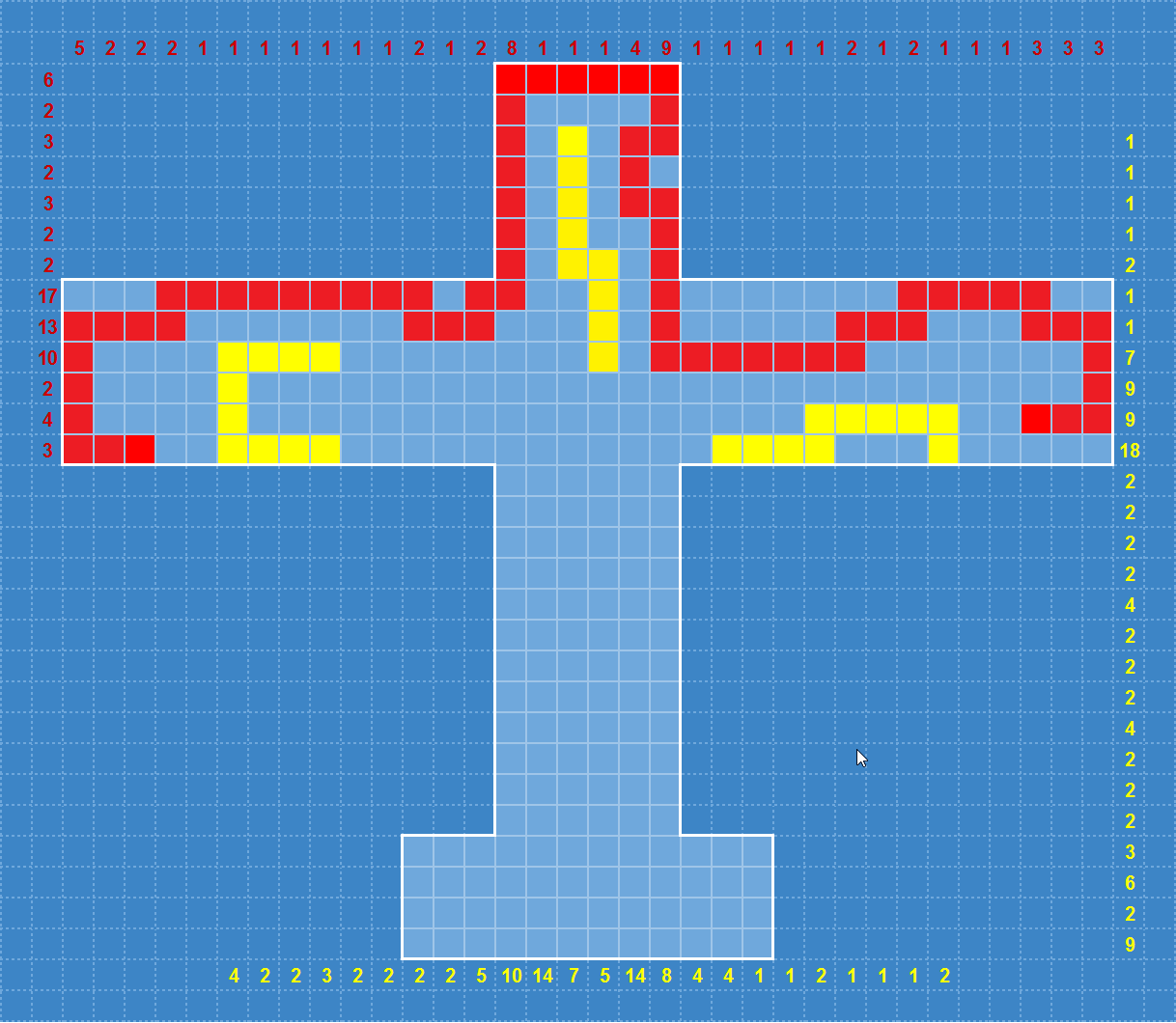 First very minor lookahead: if the three results in the top track going straight, we are going to collide into the red snake later on. So let's not. 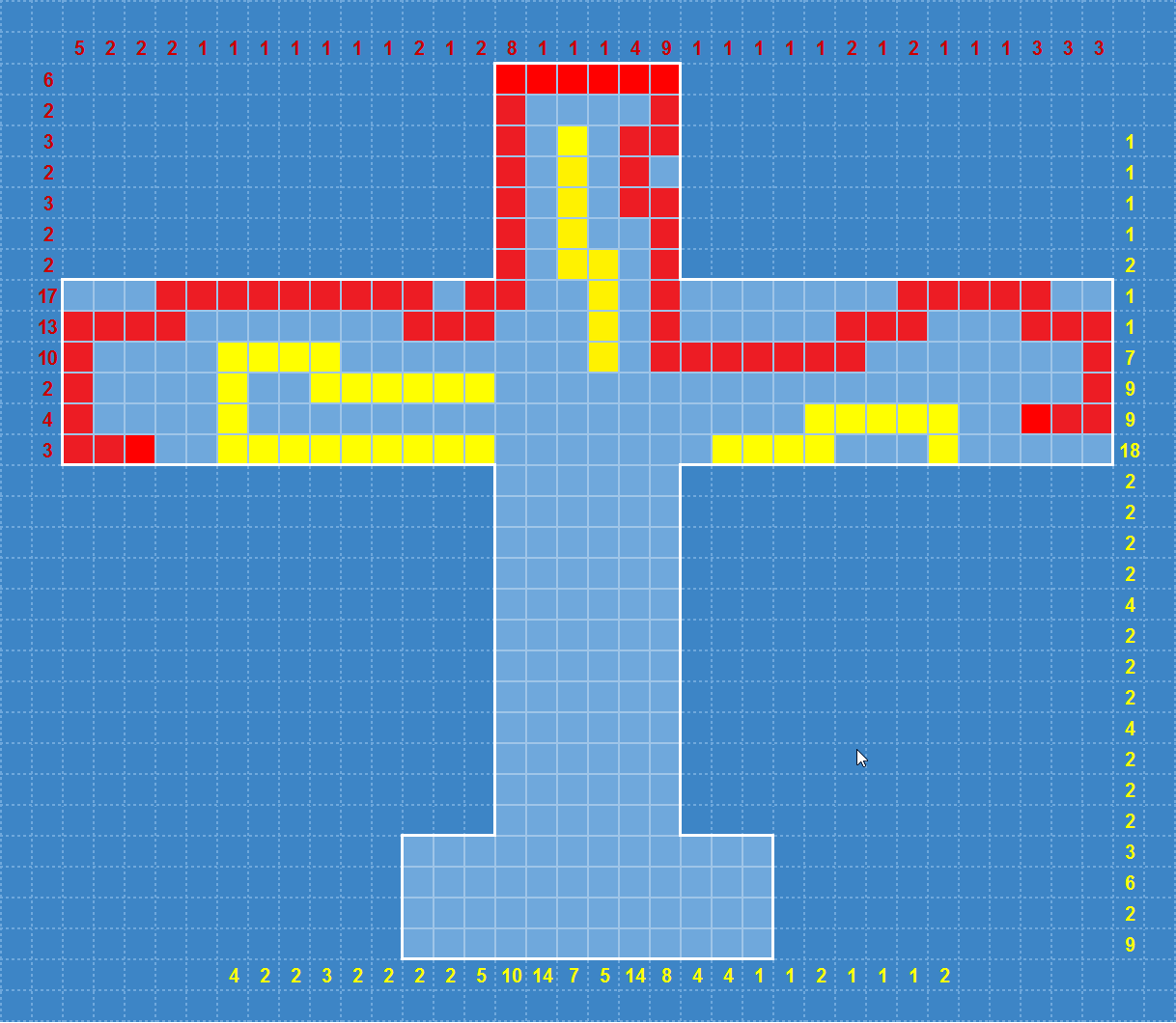 Some more forced snake extension. Also, started on the tail of the airplane using nonogram logic (it must be in one piece due to the 2 above it). 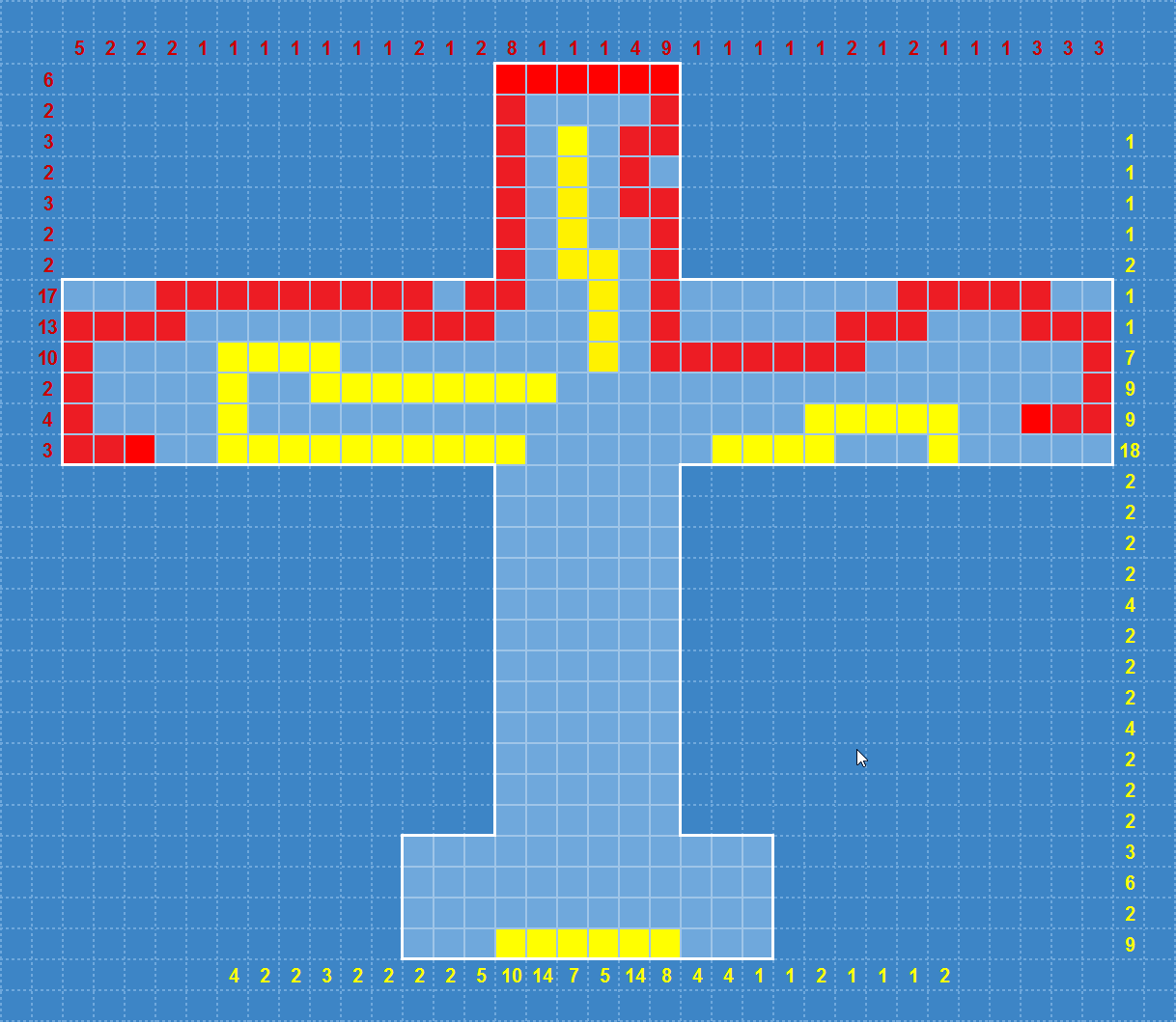 9 in the 3rd row above the wings means that the top end of the left snake is filled up. So it turns up and connects to the real top end: 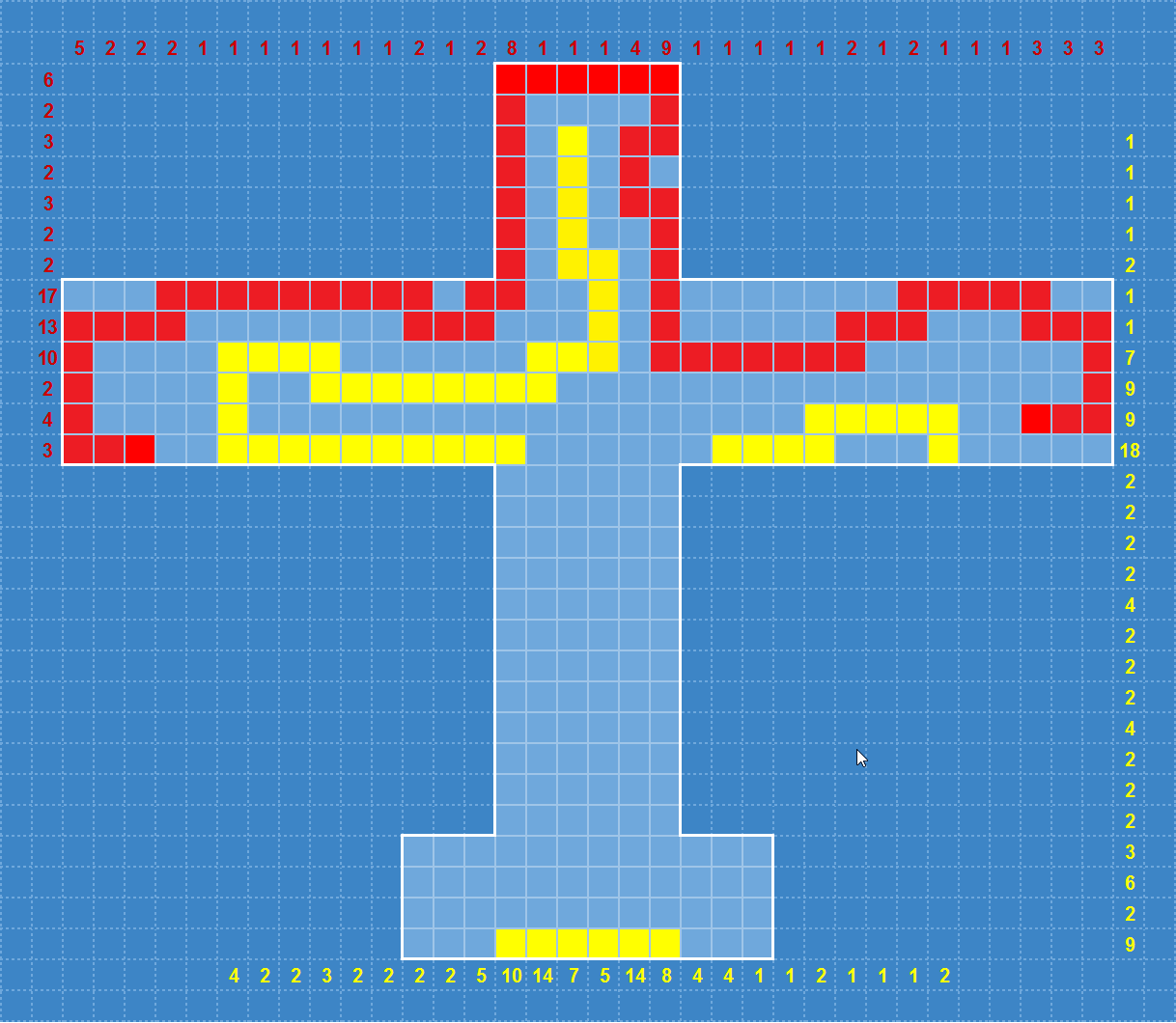 Actually this is how the 9 resolves as the other columns are already filled. 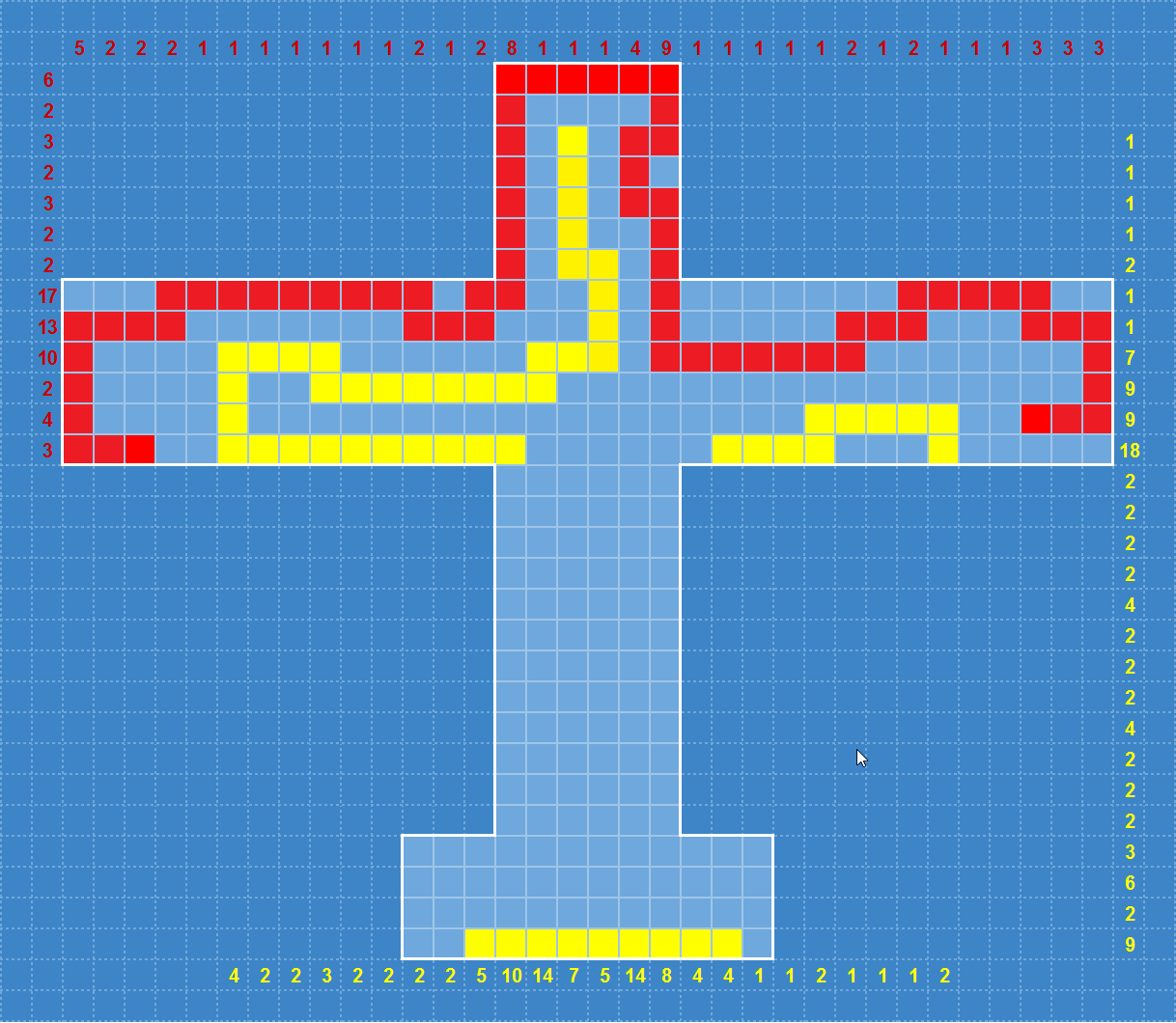 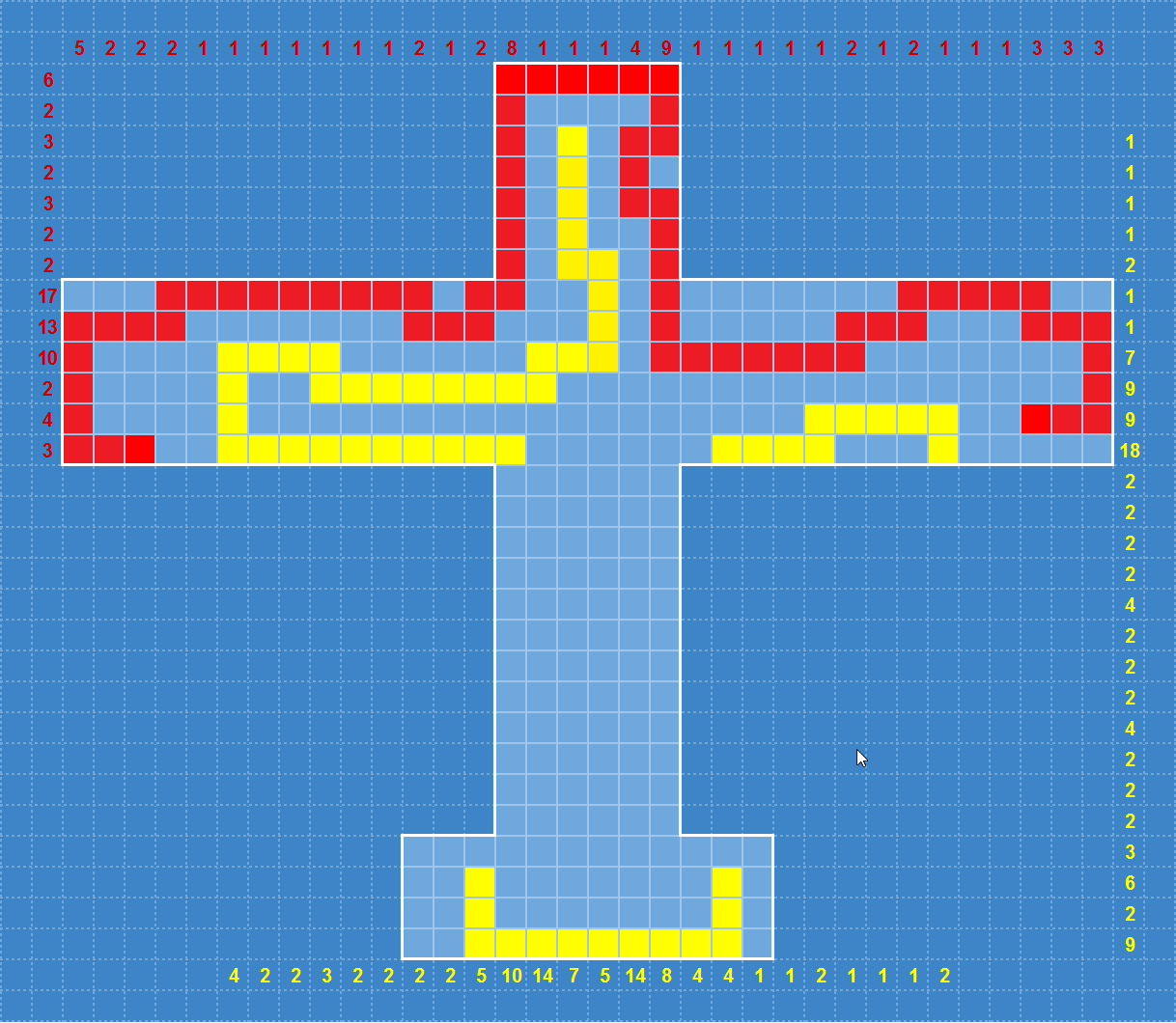 Real east end heads straight as the 4 column is done now. The bottom ends must turn inward at least once. 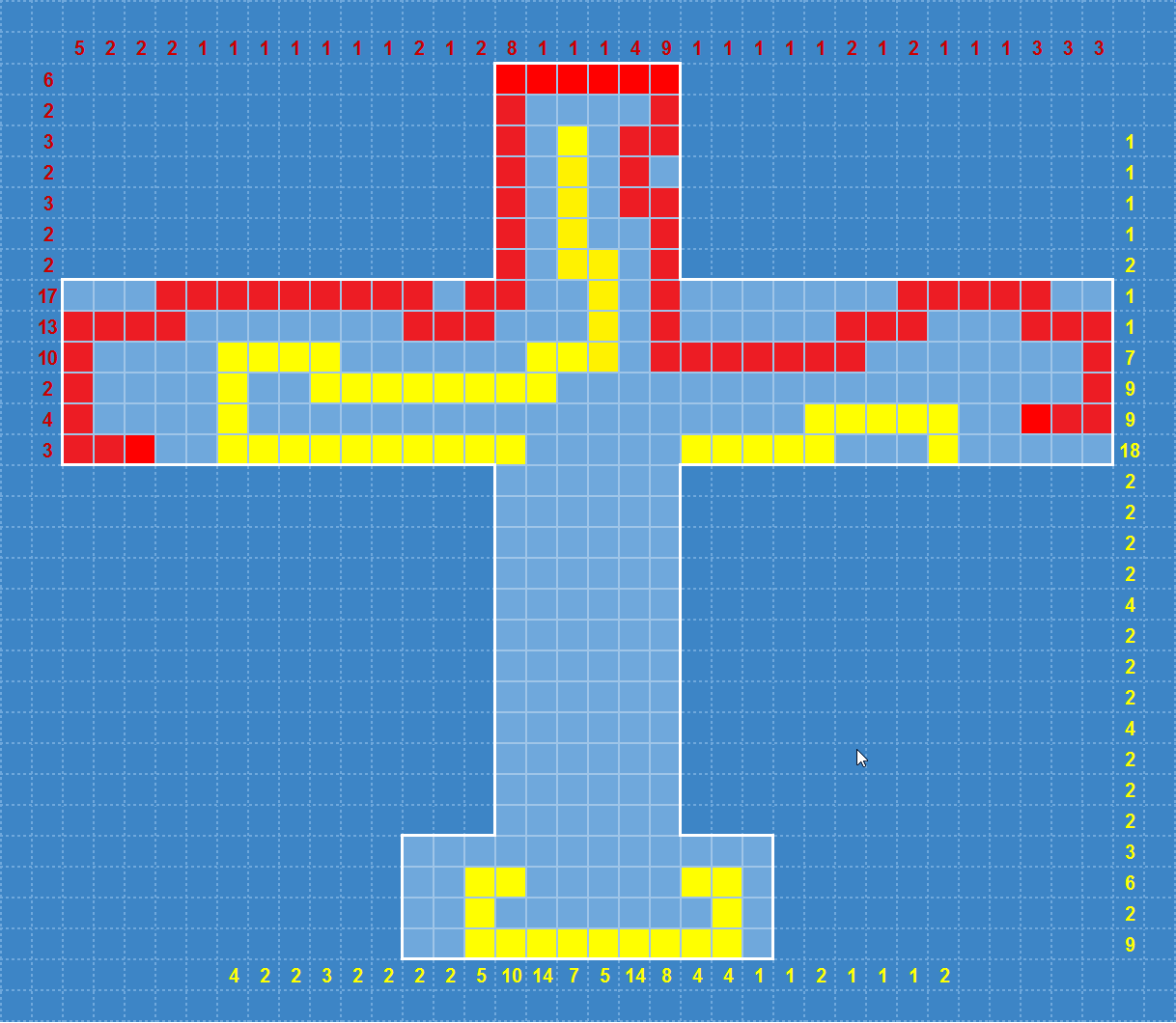 There are two ways that the 9 in the 2nd row up in the wings can resolve. This is the wrong way: 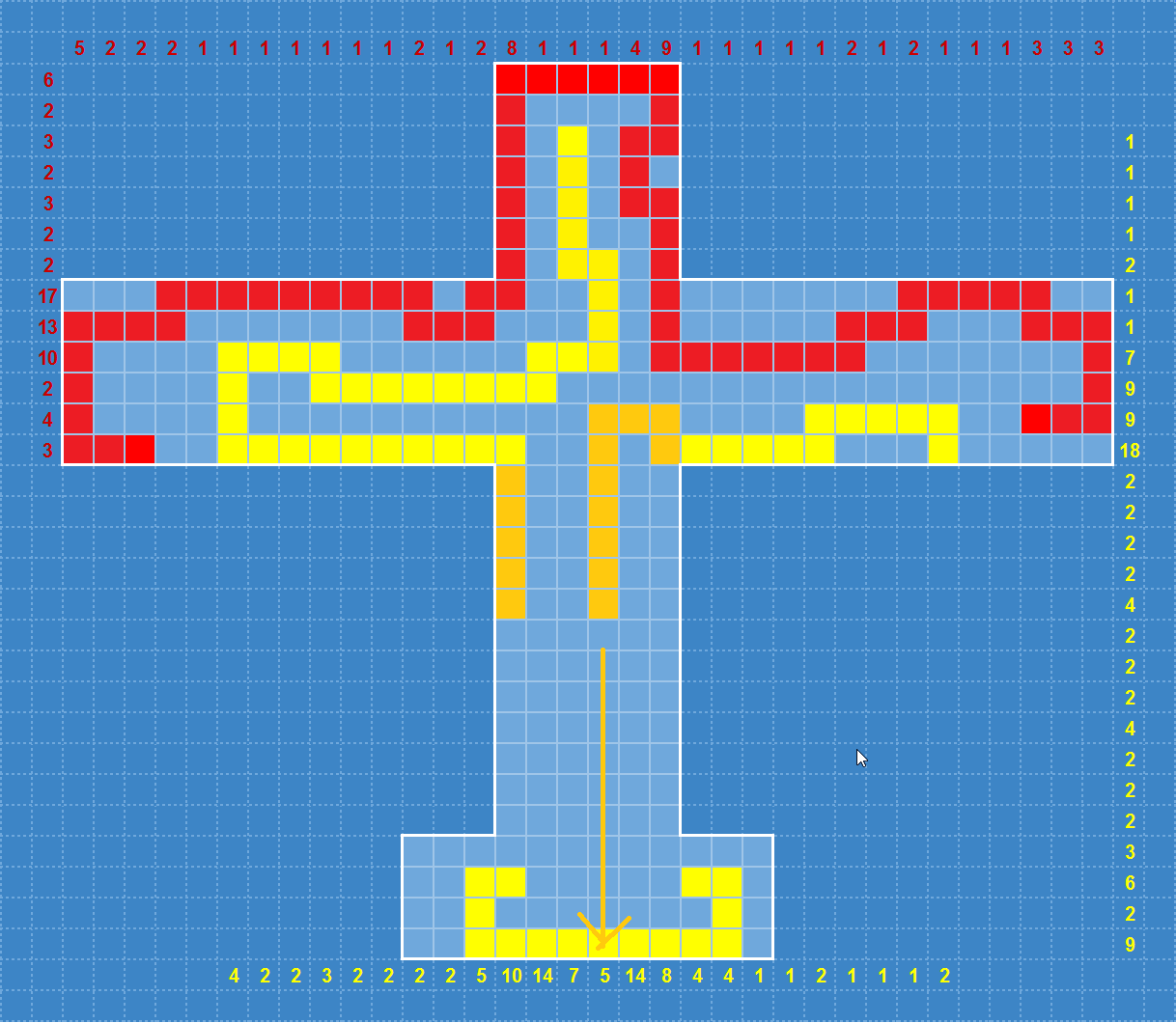 This is the right way. 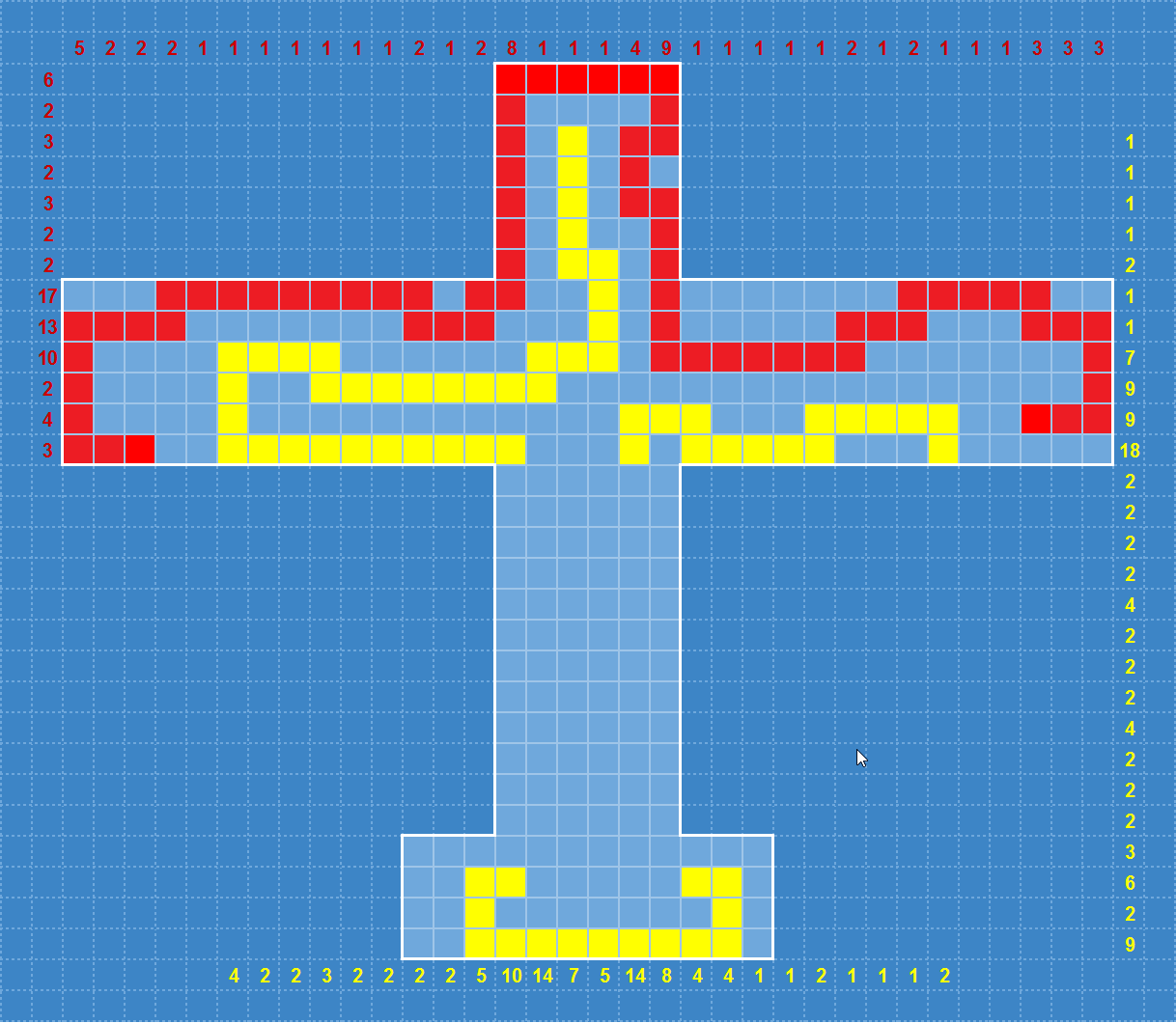 Now we look at the 18 in the 1st row up in the wings. Similarly if the east end went left once more, we encounter the same contradiction with the 5 column, so we should instead let the west end go right once. Now extend them both: 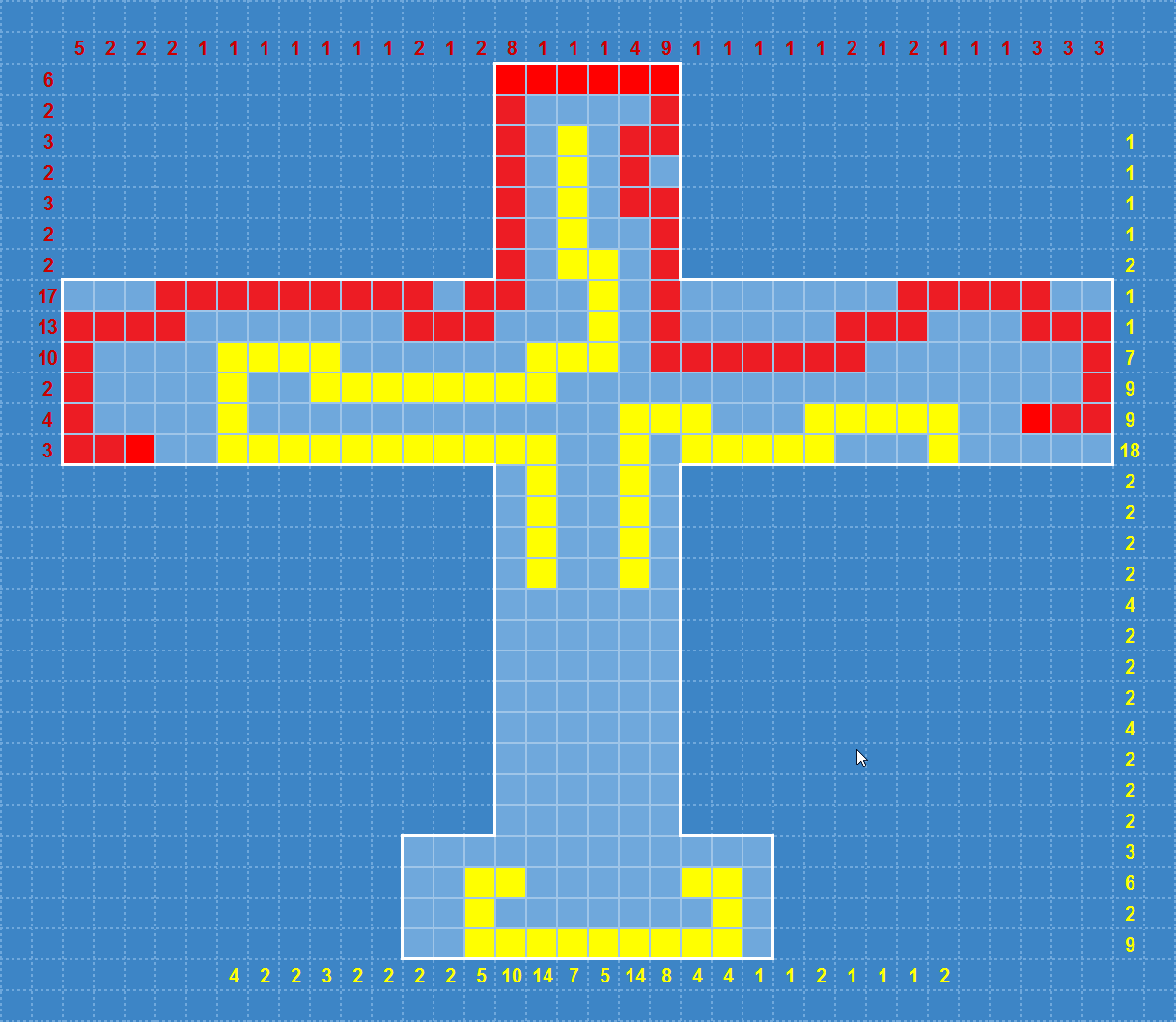 Oh right yeah that 5 column is already full. So is the 7 column. Therefore: 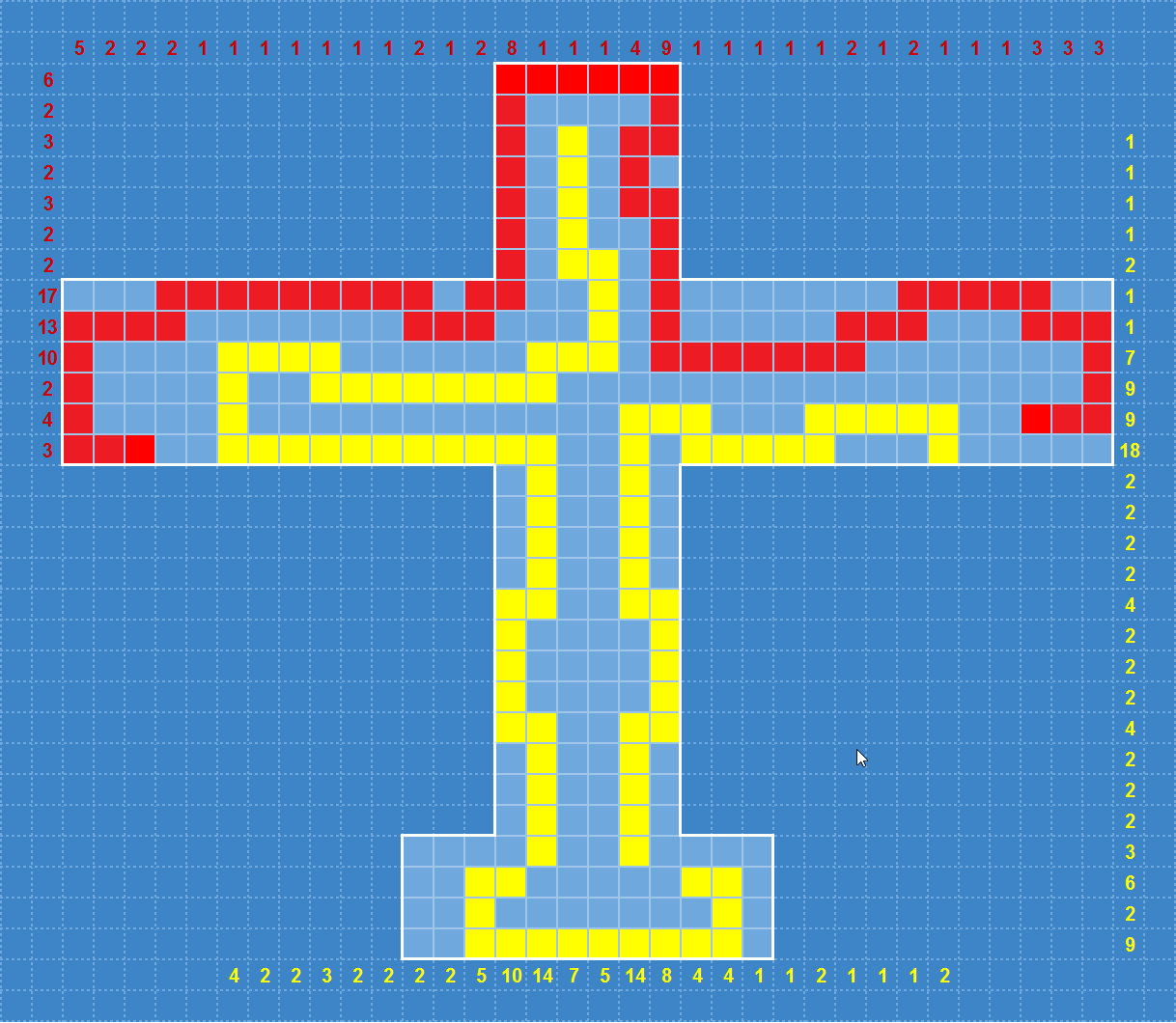