What are these encrypted Starfield tweets saying?

There are a lot of rumors about Bethesda Softworks and/or Bethesda Game Studios announcing a new game at E3 this year, or even on May 14th (source). A key in this mystery is the trademark 'Starfield'. It is speculated that the name of the upcoming game may be 'Starfield'. There was a discovered Twitter account called @StarfieldGame that was created at the same time the trademark was renewed. Additionally, the location of the the twitter user is the same as Bethesda headquarters. This twitter account has a number of mysterious tweets.

What is the message in the (presumably) encrypted tweets? 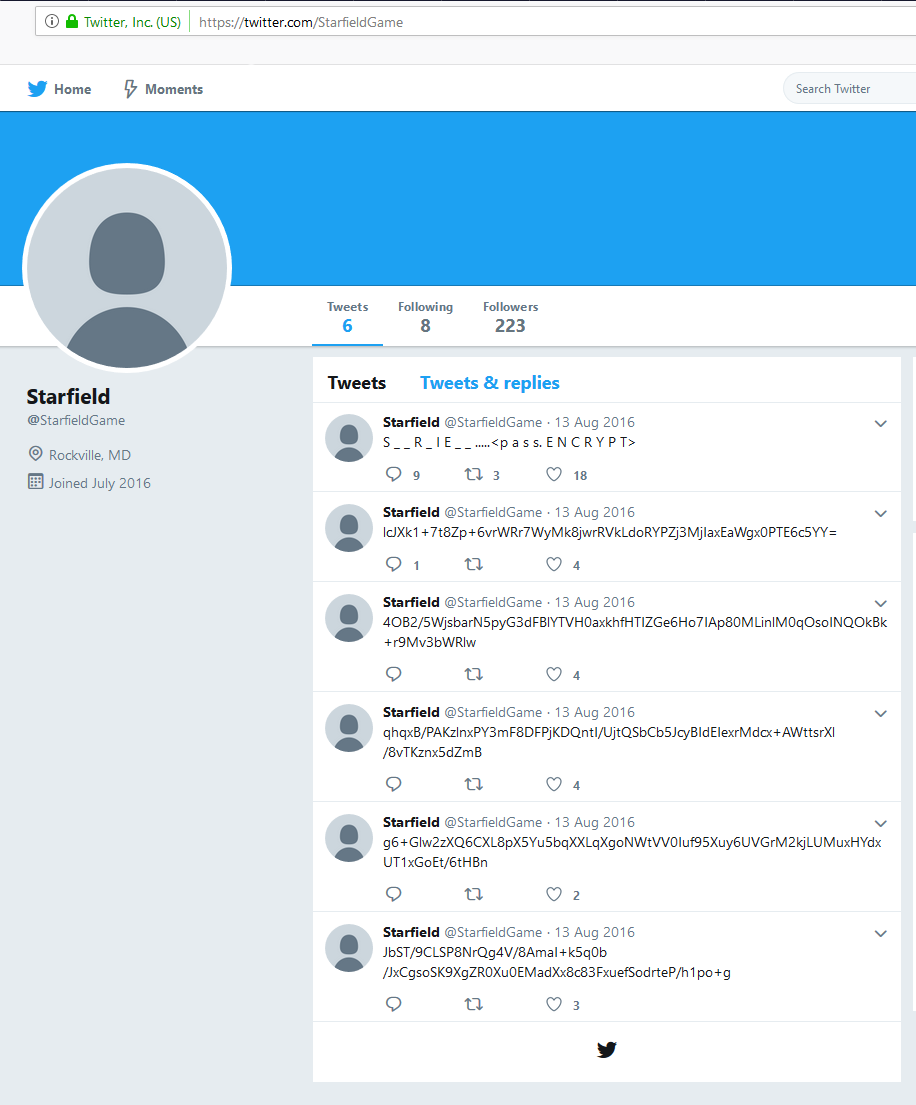 Browse other questions tagged cryptography or ask your own question.